Earlier today, we sent a note to a number of our email subscribers inviting them to test out Brick City Bucks, a Newark-based deals program launching May 1st by BrickCityLive.com that is free for consumers. Those who are interested in receiving the card in a later issue can sign up for the waiting list at brickc.it/buckswaitlist.

An idea conceived very soon after the site launched in 2013, the thinking behind Brick City Bucks is simple: BrickCityLive.com readers get a free physical card (and later a companion mobile app-based card) they can use to get deals in town, and local businesses get increased daily visibility among community members on our website, on social media, and via email. Our goal is to connect community members with these businesses by giving them a little extra reason to become customers.

The five founding Brick City Bucks partners are Art Kitchen, Commerce Downtown Kitchen, Market City, Mercato Tomato Pie, and Taste Venue. Three of the five partners have already set their deals, which include everything from reduced prices during specified days and times to free breakfast on Monday mornings! Readers should expect additional partner announcements in the coming weeks – they will include non-restaurant merchants. 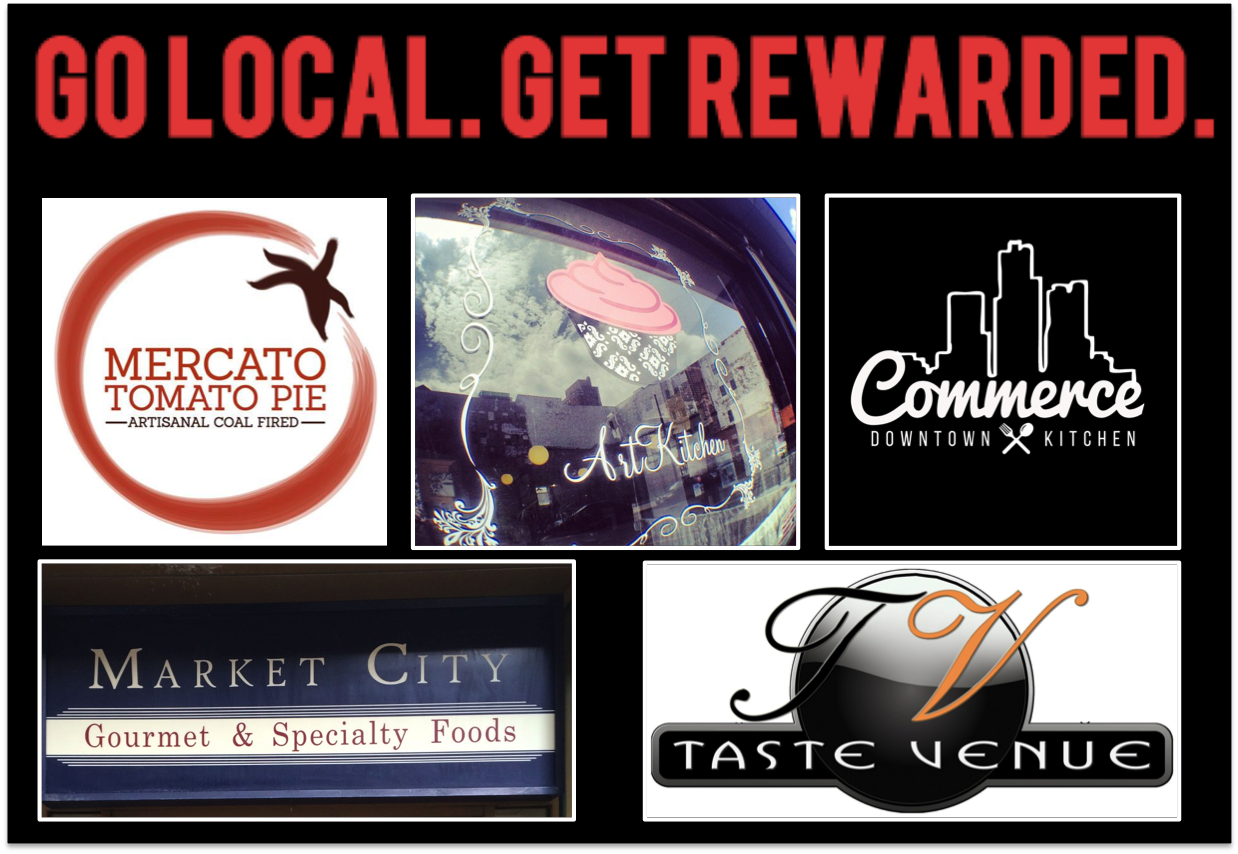 Brick City Bucks partners determine their own deals, when the deals are in effect, and what the exceptions are. To see what deals are being offered so far, visit our mobile-optimized deal site at http://brickcitylive.com/bucks.

Unlike other deal programs offered by companies like Groupon, this program seeks to create sustainable deals that businesses can alter to fit the needs of their customers and encourage repeat visits. “It’s so important to our success to bring together people who live and work in Newark daily with people who visit to have a good time,” said Tami Brown, owner of Taste Venue. “Our regulars are so important to our business, and I look forward to creating new ones with Brick City Bucks.”

Readers who were invited to the pilot will start signing up today, will begin receiving their cards in the mail during the last week in April, and can begin using their cards with our merchants on May 1st. Readers who would like to join the waiting list to receive the free card can sign up at brickc.it/buckswaitlist, and will be added after the test period gets underway.