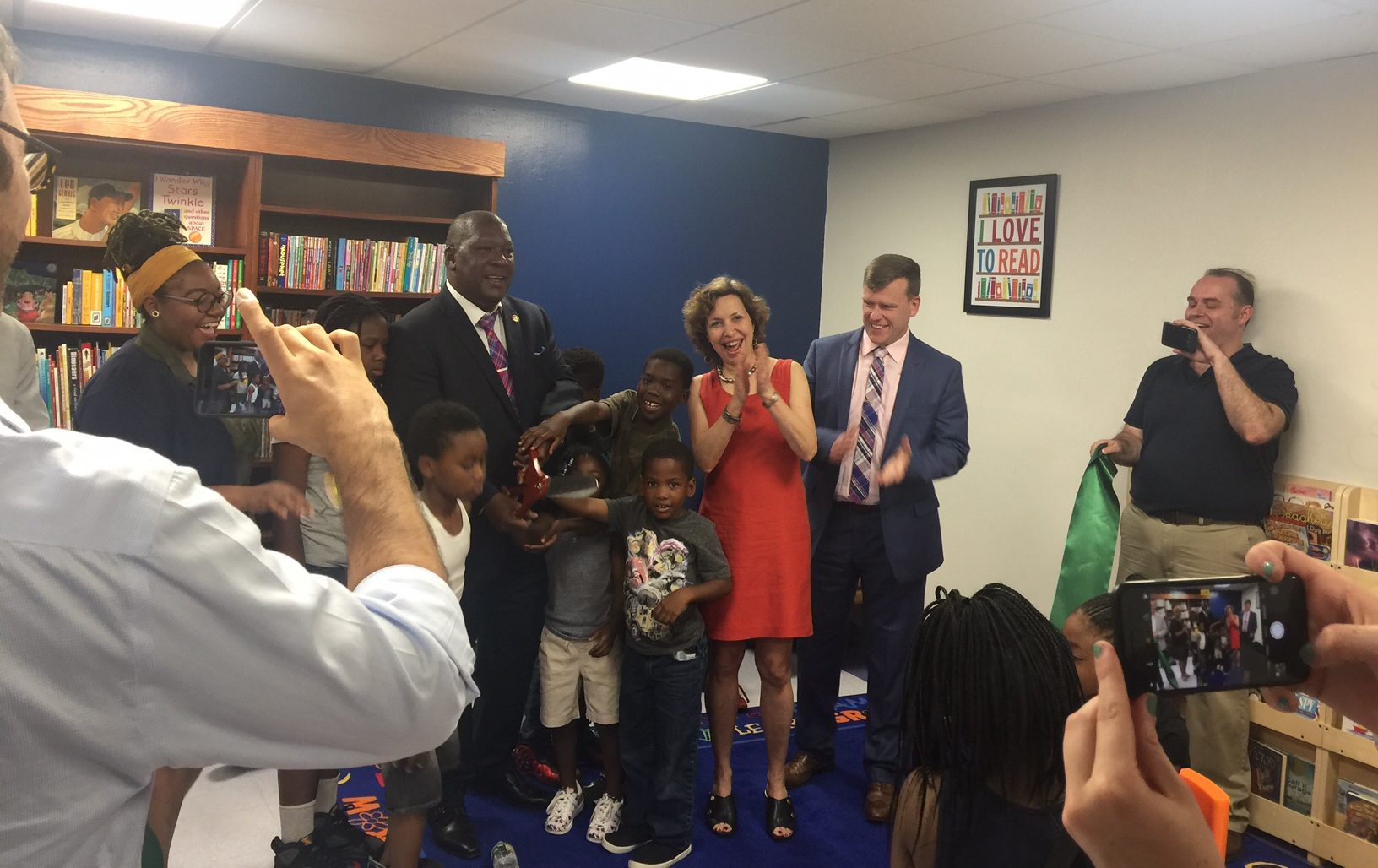 Henrietta Wilkinson gasped when she stepped into the brightly lit room featuring computers, rows of books, carpeted play areas and round tables, all at kid-friendly heights and colors.

“This is beautiful,” she said, taking in the room.

Wilkinson is a 6-year resident of Georgia King Village, the high-rise buildings located at Littleton Avenue and West Market Street in Newark’s West Ward. Wilkson was thrilled that the library had been built in the basement of one of Georgia King Village’s two 18-story high rises. She could see her three grandchildren playing there when they came to visit her.

The library, which will open three afternoons a week for now, is one of a series of improvements that have been made to Georgia King Village since developer L+M Development Partners purchased the buildings back in 2016. The developer’s property management arm, C+C Managers, has also upgraded security personnel, processes and equipment, spruced up the building’s exterior, and now, in partnership with the Newark YMCA and Newark Public Library, built the new children’s library.

In addition to offering books and computers, the YMCA will provide programming, including “light homework help,” in the facility, plus book readings, writing workshops, performing arts, STEM-related activities, and fitness programming. Staff from Newark Public Library helped to organize the 2,800 books in the library itself, which were sourced from a holiday book drive a donation by Reading Reflections. 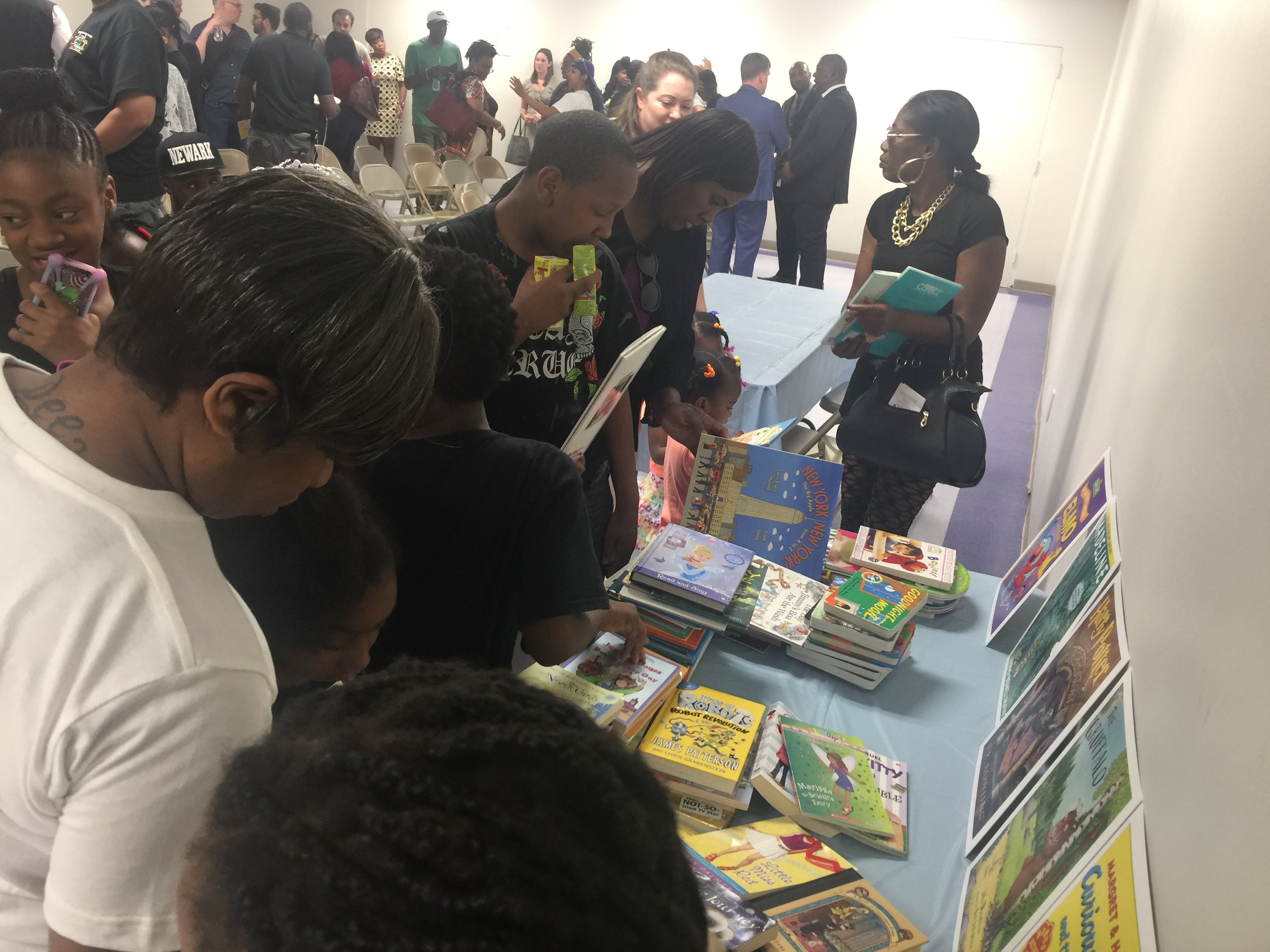 At a press conference announcing the new library, just before the facility itself was unveiled, L+M’s Director of Community Investment, Samantha Franklin, announced that this current, $9 million phase of improvements also includes heat and lighting upgrades throughout the buildings, and bringing an additional 60 currently vacant apartments online. L+M has partnered with Prudential Impact Investments to fund the upgrades.

In the next phase, L+M plans to bring improvements closer to residents’ doorsteps.They will begin upgrading the buildings’ lobbies and common areas, plus the residents’ actual units, next year. The Newark Community Street team, who showed up en force to the press conference announcing the new library, will be onsite to work with up to 30 residents on individual objectives, plus provide safe passage to school for the community’s children.

West Ward councilman Joe McCallum remarked that the launch, which was attended by dozens of residents, was markedly different from other residential meetings and encounters he’d had in the buildings over the previous years. “I’ve been here when it wasn’t such a happy occasion,” he said. “This is a good day.”

“I didn’t even like to tell people I lived here,” she told me. “I just told them I lived on Littleton Avenue. Now I defend Georgia King Village. The security has improved, and now this library is very positive for the children here.”

Do you live in Georgia King Village? Tell us what you think of the changes that have happened in the last few months. Email news@brickcitylive.com or leave a comment below.