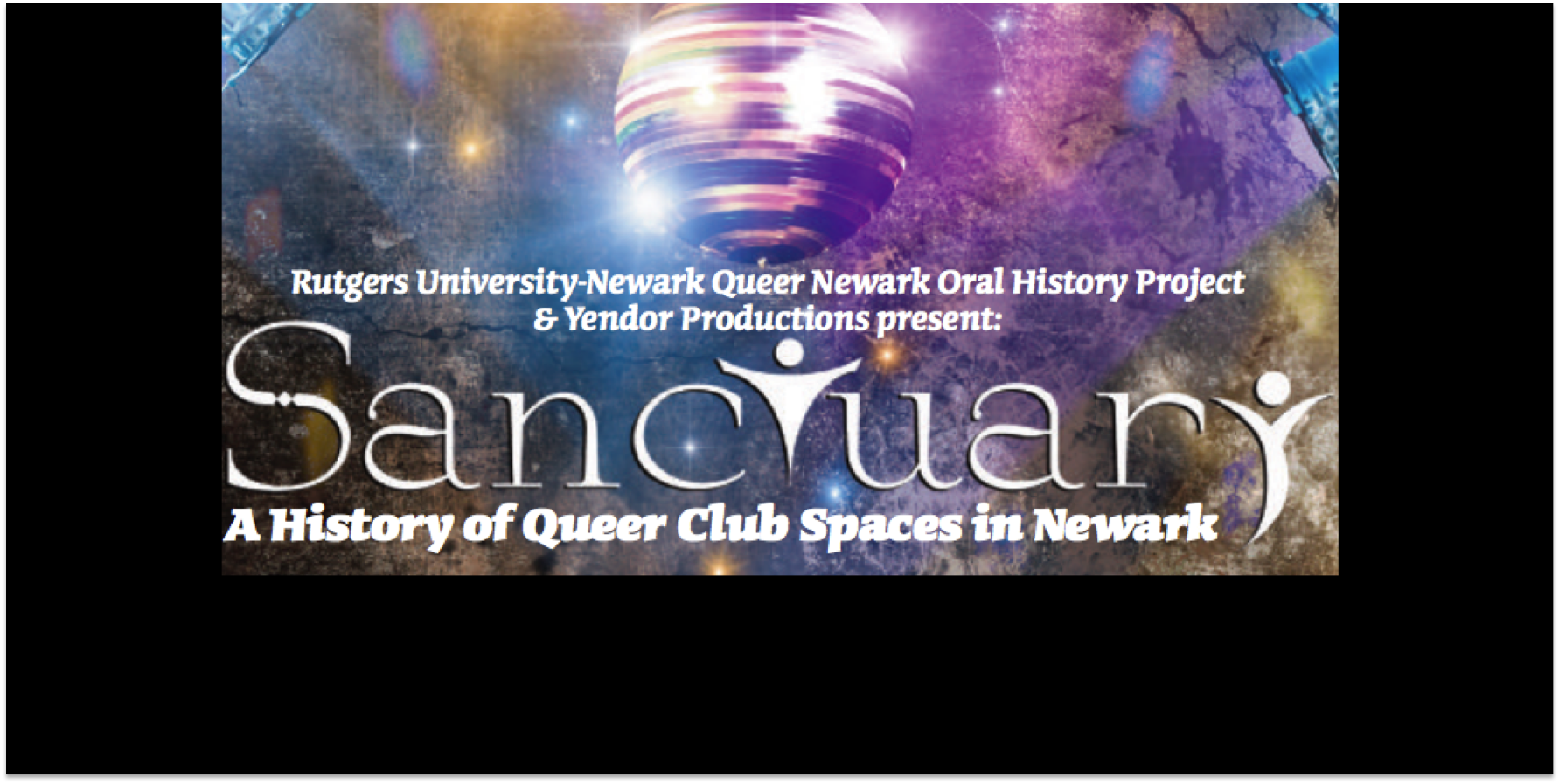 Next, Rutgers University-Newark’s Paul Robeson Center will host “Out in Newark!  Queer Club Spaces as Sanctuary,” on Thursday, October 16, from 7:00 to 9:00 p.m. Promoters, performers and participants from Club Zanzibar, the House of Jourdain, Bliss Entertainment, Ms. Theresa Productions, and other legendary and contemporary Newark-based LGBT and LGBT-influenced performance and party spaces will discuss the worlds they made inside their clubs, the care they took of one another during tragedies including the AIDS crisis, and the impact that their creativity had on larger national trends of music, fashion, dance, and generational self-expression.

On Friday, October 17, “Sanctuary” presents spoken word performers, including both youth and established poets, who will perform at the Broad Street exhibit space at 7:00 p.m.

Then on Sunday, October 19, “Sanctuary” will host a Tea Party, a special film screening and panel discussion, in conjunction with the GET DOWN Campaign’s No More Stigma Film Series, from 3:00 p.m. to 9:00 p.m. also at the Broad Street exhibit space. “Sanctuary” will culminate with “Fire and Ice: The FireBall Returns,” featuring lip-synching, dance, and live performance. The FireBall will be held at the Robert Treat Hotel on Saturday, Oct. 25, from 5:30 p.m. to 3:00 a.m., and will be a benefit for Newark’s LGBT Community Center.

“’Sanctuary: A History of Queer Club Spaces in Newark’ exemplifies the Queer Newark Oral History Project’s ongoing efforts to enable public, intergenerational discussions of LGBT life in Newark,” said Prof. Beryl Satter of the Federated Department of History at Rutgers-Newark. “Our city’s clubs, bars, parties, discos, and ballroom houses have long been sites of LGBT solidarity and sustenance. ‘Sanctuary’ honors this history by using the story of queer club spaces to uncover and celebrate the remarkable resilience, caring and creativity of queer Newark residents.”

According to Rodney Gilbert of Yendor Productions, “The Sanctuary events of October 2014 will be the beginning of an outreach to LGBT people and their supporters in every ward in Newark.  We are an integral part of this city’s cultural fabric and we always have been.  ‘Sanctuary’ gives proof of that fact.  We need to show the truth of our past in order to have an inclusive and enriching future for all people in Newark.”