On the north and west facing walls of the former Bushberg Brothers building’s expansive second floor at 77 Market Street, portraits of hundreds of Newarkers hang neatly arrayed, its subjects smiling or gazing; some playful and others wistful; some in twos and threes or more, but most by themselves.

They comprise an exhibit, entitled “Portrait of Newark: 350 Selections from the Gallery Aferro Mobile Portrait Studio,” that premieres this weekend as part of the Open Doors Citywide Arts Festival. Emma Wilcox and Evonne Davis, the two directors of downtown’s Gallery Aferro, conceived of the project in part as a “living time capsule” of Newark in its 350th year, and in part as an expression of Aferro’s worldview about the intersection between art and community.

“It feels like this project is our values in action,” Wilcox said, as she previewed the exhibit for me in the quiet and cavernous space. “It’s a project that only functions if people participate. The content is the public.”

While the individual photos are in themselves dynamic expressions of each subject’s personality, style and mood, the exhibit as a whole works as a function of two features: the consistent visual signature of the photos, which all consist of an “equalizing” inky black background, and the sheer number of them, 350 in total, to commemorate the 350th year since Newark’s founding. Visitors will find themselves toggling between considering each portrait on its own and stepping back to take in the tableau. 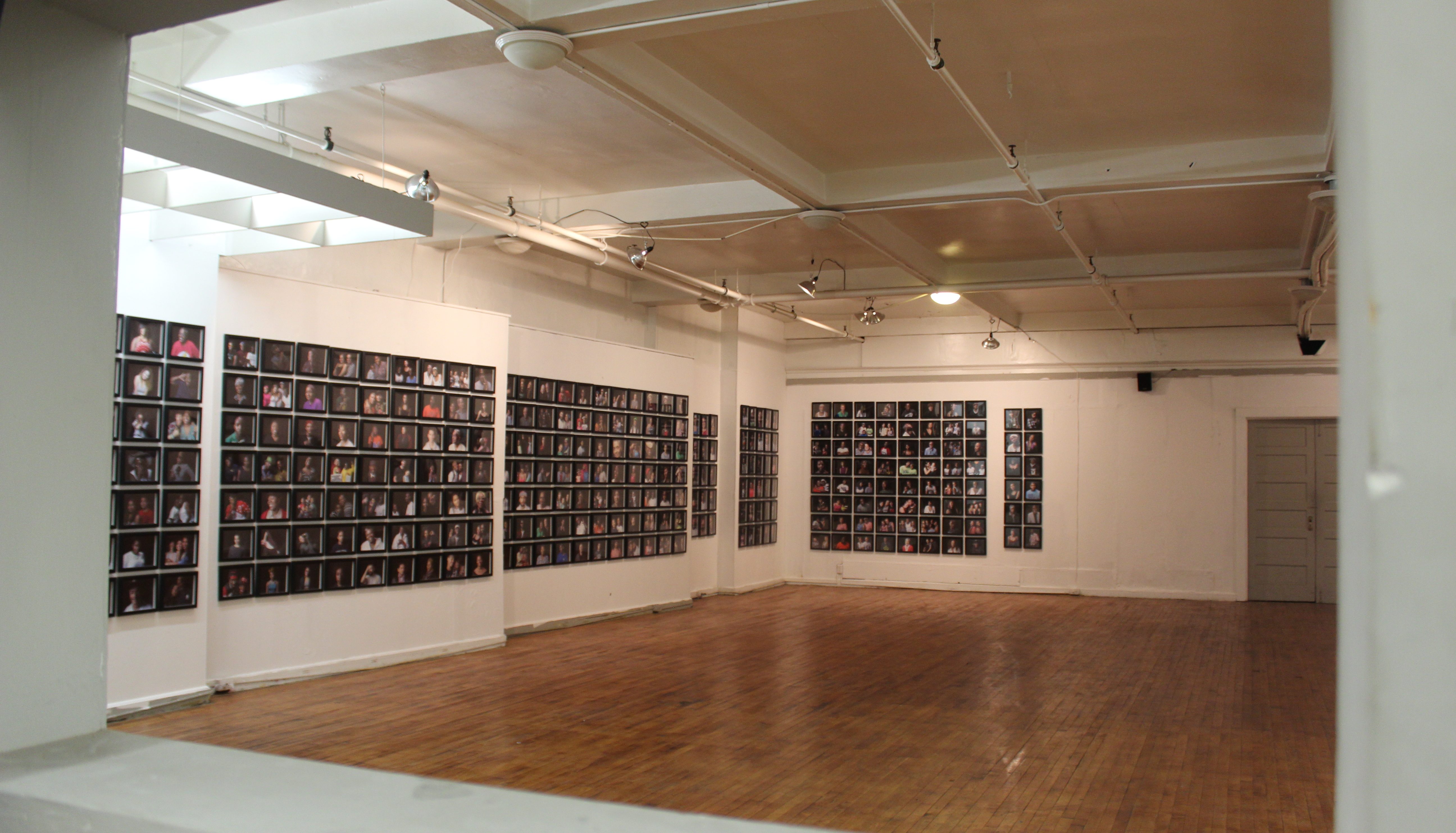 I asked Wilcox what she learned about Newarkers in the course of shooting the project.

“That’s a great question,” she said, before pausing to mull it a bit.

“People are complicated,” she mused after some time. “You’ll see a person who looks tough — there’s a lot of pressure on men [in particular] to walk tough — but then they’ll have the most beautiful smile,” when it comes time to shoot the portrait.

“And children,” she continued. “They’re so cute. But then you see this wisdom in them,” surface in the photographs, she said. “People look like their stories, and they don’t. They reveal whatever they reveal about themselves on their own terms.”

Davis and Wilcox executed the exhibit on a shoestring budget with assists from the gallery’s interns. The pair retrofitted a trailer to create the mobile studio, and purchased a van to tow it around town. A haggling session netted them the vehicle for just $2,600, plus a photo session for the workers at the rural New Jersey junkyard where they purchased it. Wilcox gives the van three years before it gives up the ghost.

They had conceived of the project as a series of predetermined shoots at community gathering places in each of Newark’s five wards, starting with the project’s public launch at McCarter Highway and Mulberry Street in mid-April. The “all five wards” part of the plan bore out. The predetermined schedule did not. 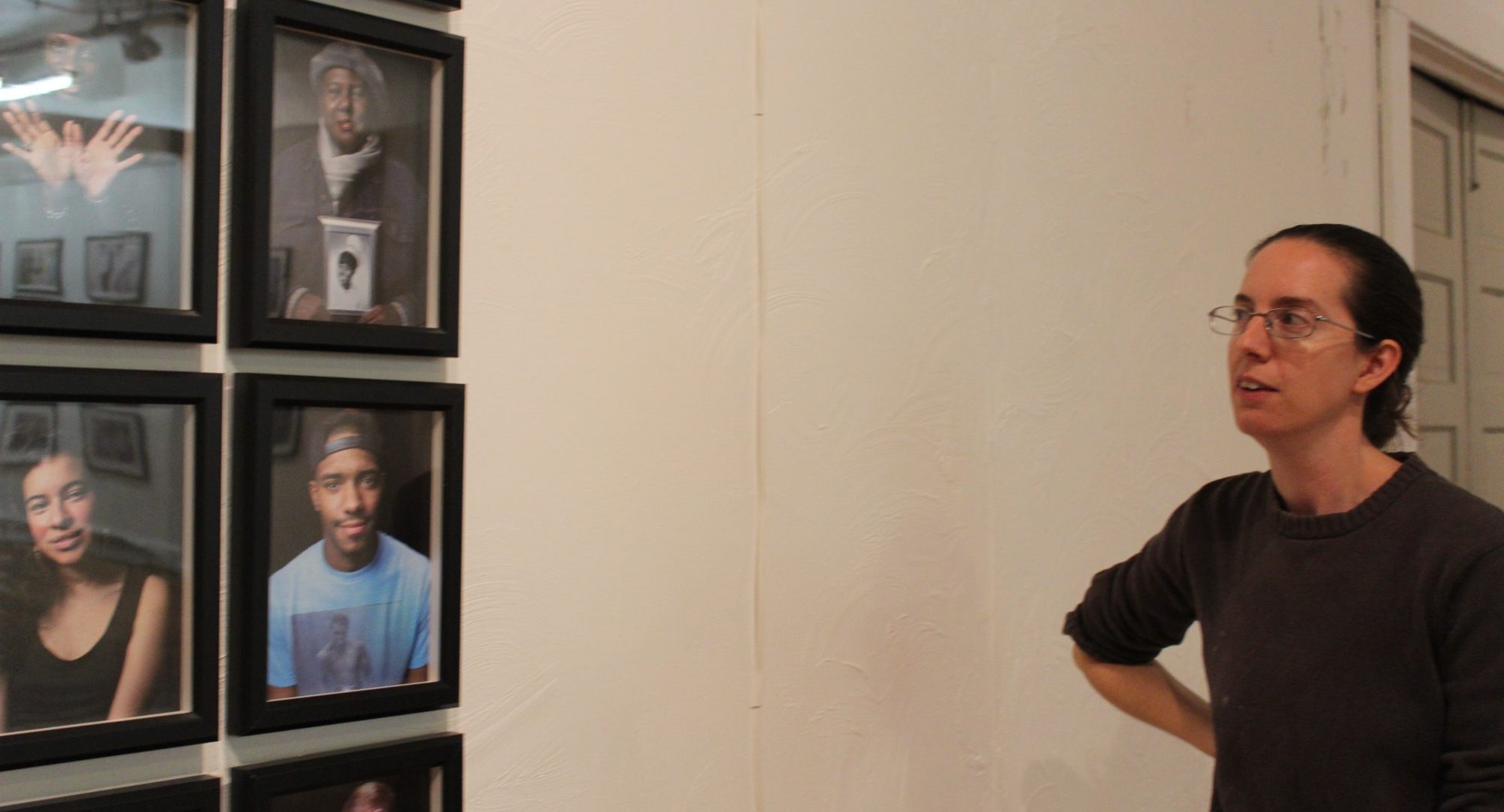 “We had to radically change our plan,” as the project got underway, Wilcox said. “The people drove it. We found that one person leads you to another,” in terms of where the mobile studio set up shop to capture portraits. They brought the mobile studio to places where they were invited, a policy that helped them stay true to an ethos of community consent and co-creation in executing the exhibit.

Although the project was able to capture many photos – more than a thousand in total – there’s a chance the mobile studio will continue rolling after the exhibit’s initial run. “I’ve thought that maybe we should do a 2017 edition,” Wilcox said. Although the Aferro team shot portraits at more than a dozen events, they weren’t able to attend all of the places they were invited or wanted to visit. Wilcox mentioned Newark churches and a Muslim holy celebration as opportunities they weren’t able to take advantage of for scheduling reasons, but would love to capture if they keep the project going. 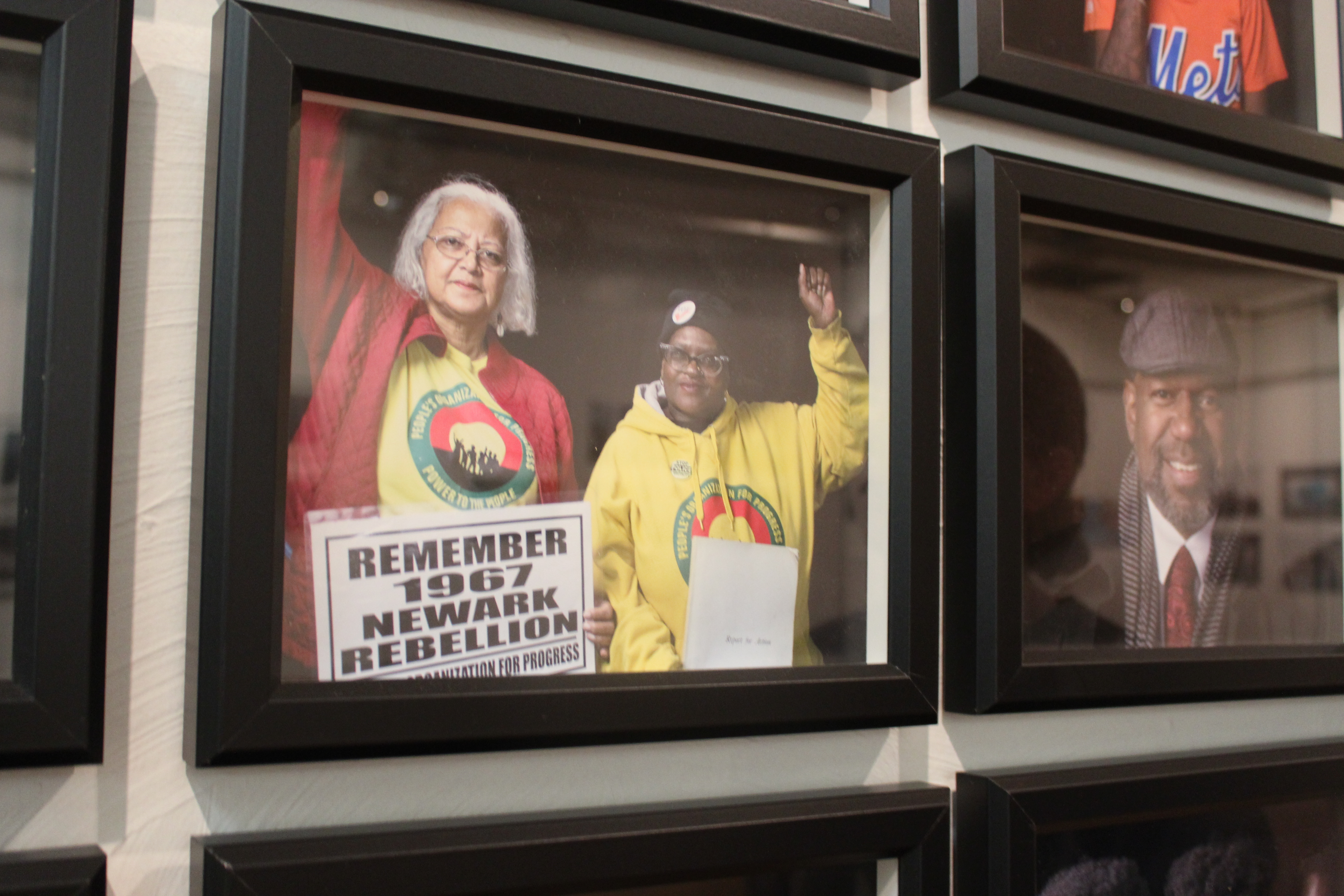 Gallery Aferro brought their mobile photo studio to more that a dozen events. Two subjects, pictured here, answered the call to bring a memento from 1967 to “The 1967 Newark Rebellion: Power and Politics Before and After,” conference at Rutgers in September.

Then there’s the question of the exhibit’s life after its current run, which lasts through November 11th. Davis and Wilcox are actively thinking of ways to exhibit the collection digitally, of taking the show on the road, and of preserving the physical collection in Newark institutions like Rutgers University or the Newark Museum over the longer term.

It’s an especially important decision given a dimension that will add meaning to the show that is impossible to experience now: time. “Imagine the city’s people being able to revisit the portraits in 2026, 2066, even 2166, when the descendants of the original subjects can access the images,” they asked in an email announcing the mobile portrait studio in the spring. “Just as we wonder about the lives of the people whose images we have from the 19th-20th centuries…”

“We don’t know yet what this exhibit will become,” Wilcox said to me, back at the exhibit preview. “This is one that has to age.”

The exhibit has the added benefit for its subjects and for Aferro of connecting Newarkers from many walks of life to the gallery itself. “It’s a way to introduce Aferro to the city,” Wilcox said, and she’s already seen some of the subjects surface at the gallery. Some even wound up participating in Aferro’s other show, “Kea’s Ark of Newark: A Life in Works,” which leveraged hundreds of personal recollections and is also currently on view at the gallery. They hope to see still more of “Portrait of Newark’s” subjects this weekend and through the end of the exhibit’s run.

Catch the free opening reception for “Portrait of Newark: 350 Selections from the Gallery Aferro Mobile Portrait Studio” at 77 Market Street on Friday, October 21 from 5 to 9 p.m. The exhibit runs through November 11th.