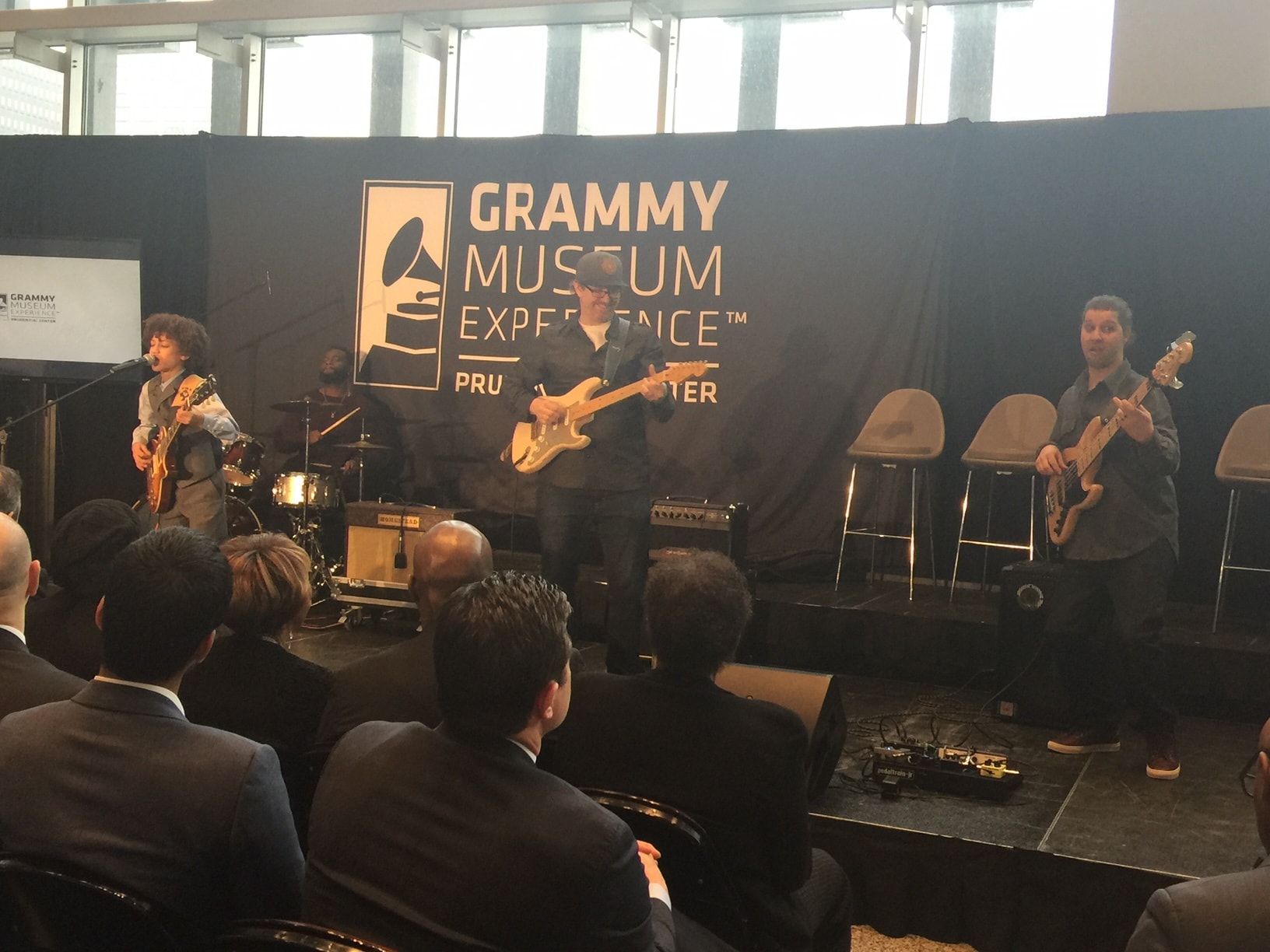 As the Grammy Museum Experience officially gears up to open tomorrow at Prudential Center, the Greater Newark Convention and Visitor Bureau (GNCVB), also known as Newark Happening, has launched a national promotion meant to raise awareness of attractions in and around the city, with the museum at the center of the campaign.

GNCVB, whose goal is to help boost Newark’s economy by drawing more tourists into town to stay in the city’s hotels and partake of the city’s attractions, is holding a sweepstakes whose grand prize will be a Grammy weekend experience in late January here in Newark. Second and third place winners will also be announced. Related: Destination Newark: How travel and tourism (yes) might spur economic growth

The first place winner and a guest will be gifted a whirlwind weekend including round-trip airfare, passes to the official Grammy after party in New York City, a three-night stay at Newark International Airport Marriott and Grammy Museum Experience tickets, plus dinner at Marcus B&P, Prudential Center concert tickets, cash for shopping at Jersey Gardens and a swag bag.

To enter, contestants should either “like” GNCVB’s Facebook page or visit NewarkHappening.com and search for “Grammy Museum” to find and fill out the contest entry form. The contest will run through December 8th, and winners will be notified via email on December 22nd.

The promotion is the latest in the visitor bureau’s marketing and public relations campaigns meant to raise Newark’s profile, which have stepped up in scale and frequency in the past year. The organization facilitated a travel-focused article in Vogue (the article received its own press), an Associated Press article that was picked up by news outlets across the country, and even articles about Newark in the Toronto Star and Scottish Sunday Mail.

GNCVB also facilitated this summer’s publishing of 100 Things To Do in Newark Before You Die, a guide to city experiences authored by “Glambassador” Lauren Craig, who has written lifestyle posts for Newark Happening for four years. Related: Lauren Craig wants to immerse you in some of the best of Newark

Karin M. Aron, president and CEO of GNCVB, touted the Grammy Museum Experience as “a great addition to the numerous attractions that visitors can enjoy in our city.”

She continued: “It’s the perfect compliment to our vibrant entertainment and arts scene and will be a lasting partner with [GNCVB] for many years to come.’

How to get involved in the transition of local control for Newark Public Sc...
Scroll to top
X
X