From its spiffy new website to a series of headline-making public lectures and acquisitions, the Newark Public Library has been reinventing itself as a destination for lifelong learning and community engagement.

That positioning continues with the announcement of new leadership to helm the library. At the end of the month, Jeffrey Trzeciak (pronounced “Tree-Zak”), whose 30-year library career includes his most recent role as university librarian for top-ranked Washington University in St. Louis, will become Newark Public Library’s new director.

The appointment, which was unanimously approved by the library’s Board of Trustees, signals that the nearly 120-year-old institution’s evolution to meet community learning needs in a digital age will continue.

A noted technophile, Trzeciak proved to be a community-oriented academic librarian at Washington University. There, he initiated “Documenting Ferguson,” a project that sought to preserve the images, video, and other media created by community members after the killing of Michael Brown by Ferguson police officer Darren Wilson. The project won the National Digital Stewardship Alliance’s 2015 Innovation Award, and was celebrated for creating “a new framework for digital preservation.”

That work won plaudits from Trzeciak’s peers as well. Makiba Foster, the Assistant Chief Librarian at The Schomburg Center for Research in Black Culture in Harlem, worked with Trzeciak on the Ferguson project and touts his “commitment to social justice, community and diversity.” 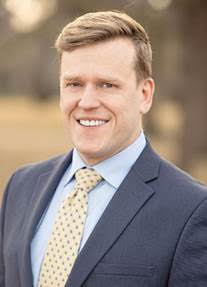 Trzeciak, who will move to Newark, will helm the Main Library, located at 5 Washington Street in Newark, and its constellation of seven community branches located in every ward of the city.

“The Newark Public Library is a key player in our focus on literacy and neighborhood development, and we look forward to Jeffrey’s contributions to the exciting work we are doing here,” said Mayor Ras Baraka, according to a statement about the appointment. “I’m also delighted that Jeffrey and his husband will be living in Newark, and we wholeheartedly welcome them.”

Timothy Crist, president of the library’s Board of Trustees, said Trzeciak brings a particular skill set around bridging libraries with the urban communities that surround them. At a time when simply archiving books and other knowledge sources is a job that can be done by computers, libraries have a unique, and very arguably crucial, role to play in becoming learning hubs, and even in treating the community itself as a knowledge source, as Trzeciak achieved with his Ferguson initiative.

For his part, Trzeciak said he is amped to move to Newark to live and work. “I am confident that together we can make the Newark Public Library the greatest possible institution to serve the people of Newark,” he said.