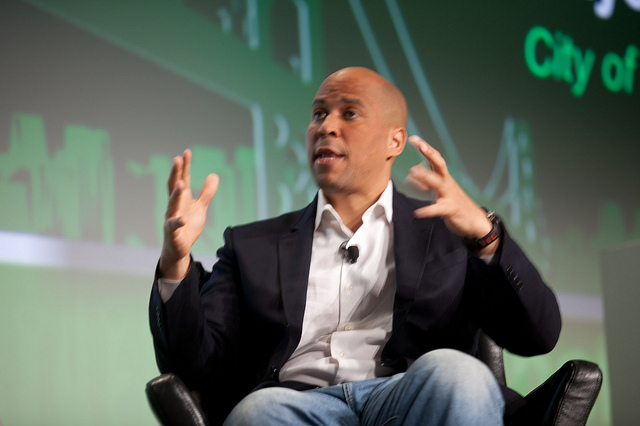 Via the New York Times:

Mayor Cory A. Booker of Newark easily won New Jersey’s special Senate election on Wednesday, finally rising to an office that measures up to his national profile.

He will arrive in Washington already one of the country’s most prominent Democrats, and its best-known black politician other than President Obama, who backed him aggressively. Mr. Booker’s fund-raising prowess puts him on course to lead his party’s campaign efforts in the Senate, and he has been mentioned as a possible vice-presidential pick for 2016.