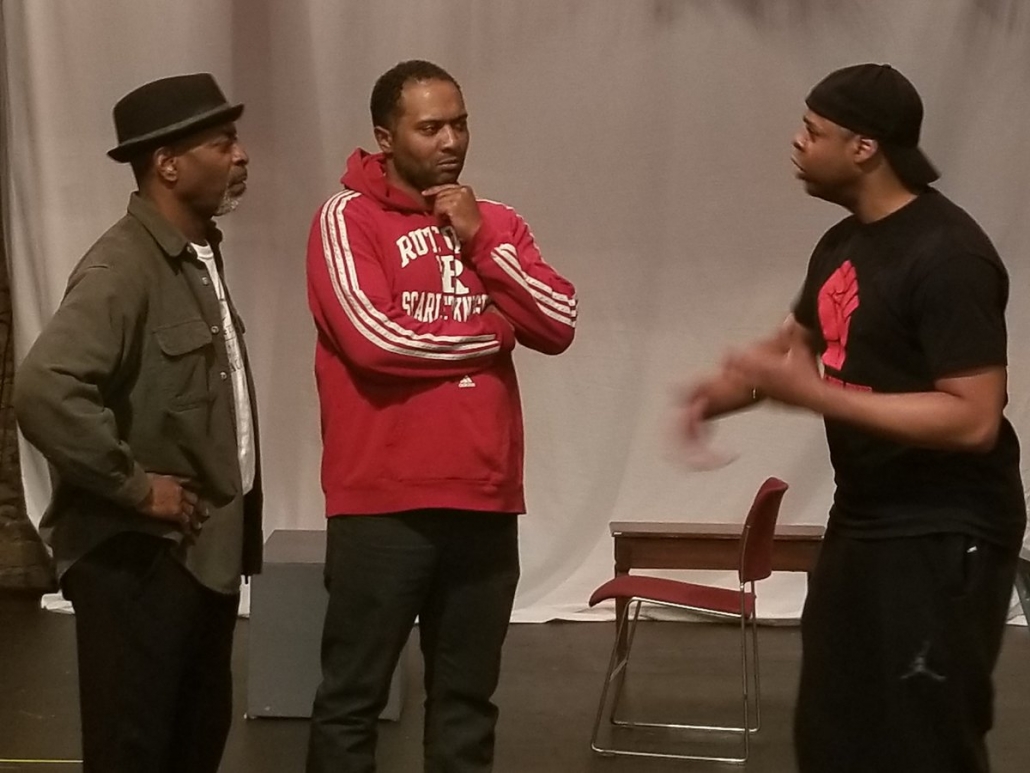 When Boris Franklin was released from a maximum security prison in 2015 after being incarcerated for 11 years, sustaining a high quality of life on the outside should have been an uphill battle based on a reading of the statistics.

A 2016 report by the New Jersey Department of Corrections revealed that the formerly incarcerated face a nearly one in three chance of being reincarcerated within three years of their release. Finding employment can also be incredibly tough. Nationally, between 60 and 75 percent of ex offenders are unemployed a year after their release.

Yet Franklin has defied those odds. While incarcerated at East Jersey State Prison in Rahway, he showed his leadership acumen as assistant director of an HIV/AIDS awareness program. He’s well on his way to earning a bachelor’s degree in psychology from Rutgers University, and sits on the New Jersey Reentry Program’s board and the Mountainview Community Student Advisory Board at Rutgers. He doing his part to dismantle the school-to-prison pipeline as Senior Advisor of Mentors for the Paroled to College Program at East Side High School in Newark.

And Franklin is also the co-author of, and one of the actors who starred in, what is being hailed as one of the most important plays to be staged in the entire state of New Jersey this year.

Caged, which is set in Newark and was directed by Jerrell Henderson, tells the story of an incarcerated man and the toll his incarceration exacts on himself, his family and the larger community. A 28-person drama class at East Jersey State (billed as the New Jersey Prison Cooperative for the production) and their Pulitzer Prize-winning teacher, Chris Hedges, authored the play collaboratively. The production unpacks issues around mass incarceration by telling a personal and emotionally resonant story that draws from the experiences of men who were living through incarceration as they wrote.

Caged features a cast of seven actors, of which five, including Franklin, are Newark-based. Five years in the making, it ended a critically acclaimed two-and-a-half-week run at Trenton’s Passage Theatre on May 20.

The production started in 2013 as a drama class project taught by Hedges, who has spent years teaching writing and drama in prisons. Hedges tasked the class, which had read work by notable playwrights including August Wilson, James Baldwin, Terrell Alvin McCraney and Newark’s own Amiri Baraka, with creating their own play. The stories they were to focus on: their personal experiences inside and outside of the prison walls, with half of the class focusing on their lives while incarcerated, and the other half writing about life on the outside.

“The stories were written anonymously, and he would take the scenes home to his actress wife and they would go over the scenes and select the ones they thought were the best,” said Franklin. Back in class, Hedges would ask who had written the selected scenes, and the students began forming them into a cohesive play.

As the class progressed in their writings, Franklin said it became clear that they were onto something significant, both individually and collectively. An exploration of the themes in all of the men’s stories exposed the reality that “cages” existed both in and outside of the prison walls, and this recurring theme begat the play’s title.

Hedges insisted that all participants contribute elements to the play, even if only a single line. “Once we began sewing the project together, we realized we had a few strong writers, myself included,” said Franklin, who had already written a book of poetry entitled The Poetic Side of a Man’s Mind. “We sewed it all together like a blanket to make one cohesive story,” which eventually constituted the play itself, said Franklin.

In an unexpected turn of events after the creation of the play, Franklin was the only inmate to be released from prison. This was fortuitous because a lot of his scenes were selected to be woven into the final edits, which Hedges and the writers arrived at after it had been read onstage at Mercer County Community College and workshopped three times in New York City. Franklin said the process enabled the writers to shore up the production’s strengths and add more complexity and depth to its characters.

“We have three generations in this play, and we wanted to humanize the people that we see every day on the nightly news. You’ll see how the system destroys families and affects future generations,” said Franklin.

Brandon Rubin, who lives in Newark and has a M.F.A. from Rutgers University’s Mason School of the Arts, became involved in January when the production was being workshopped in New York. A colleague of the director, he was invited to the workshops, and soon joined the cast.

“This play had a lot more meaning because it had a really strong political and social message, and that’s what made it unique in my experience as a performer. The people who came to view the play had personal connections to being in the criminal justice system or loved ones in the system, and you could tell that they got it,” he said.

Rubin said Franklin’s involvement provided “a reference point” that enabled the other actors to inject authenticity and sincerity into their work. “Boris was very adamant about the play being truthful and it was a very special piece,” said Rubin.

For his part, Franklin said working with experienced actors was an opportunity to develop his own acting chops. He was the only member of the cast who did not have previous professional experience or formal training as an actor. “I went in as a student, and with a level of respect for the others involved in the play who are all formally trained actors. I just tried to pay attention and listen to the director and the advice that the other actors gave me,” he said.

The play commented on a tapestry of themes—family, loss, justice, love, brotherhood—and revealed how they interacted with incarceration. After selling out multiple shows in Trenton, the cast and crew of Caged hopes to bring the production to Newark and begin presenting it to local audiences. “I think the city of Newark will be receptive to this play and it will be impactful—give the community a great deal to think about,” said Rubin. The proceeds from the show are being donated to the New Jersey Reentry Program.

Franklin remains focused on the ideas presented in the play about hope and redemption–and he’s working to push for reforms. He is continuing his advocacy in various state houses, most recently the New Jersey State Senate, in support of incarcerated individuals being able to access Pell grants to further their education. Franklin thinks reversing mass incarceration is a matter of will, and also of the actions we take and investments we make. “If we redirect funds and double down on education, we can do something to slow down this monster of mass incarceration,” he said.