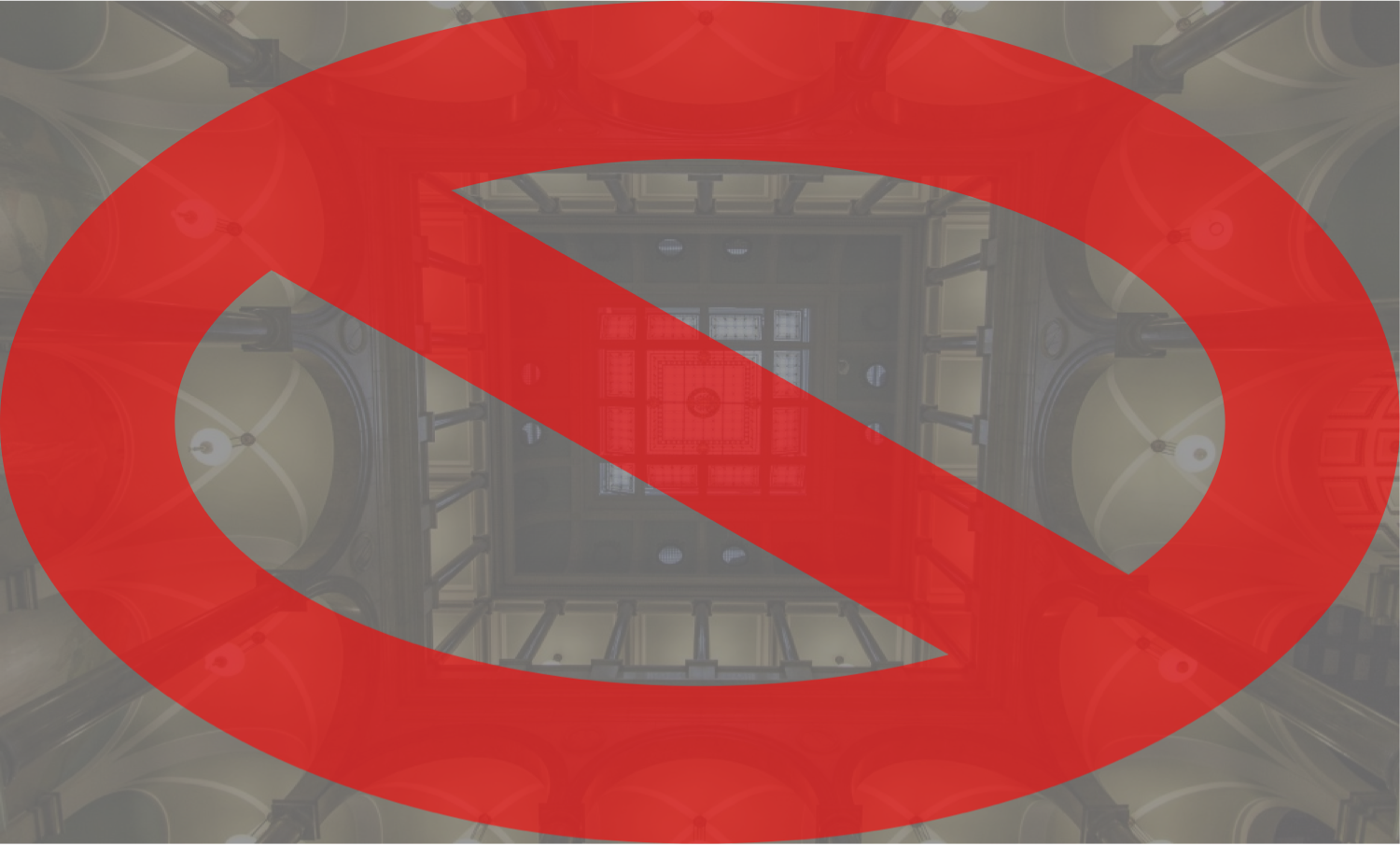 My sixties radical roots are always revivified by a confrontation with senseless regulation.  I feel a minor bit of civil disobedience is in order today.

I visited the Newark Public Library. I went there out of simple guilt. It’s a big, 19th-century marvel of Renaissance revival arches and Tiffany-style stained glass windows. The major exhibition of art in the library is made up of 1920s to 1980s architectural photos of Newark.

I walked in, stopped at the security desk, offered to let them search my bags, and showed them my camera. They waved me by without comment.  As I walked into the middle of the central atrium, I heard the powerful voice of a woman out of the seeming ether. It turned out to be the third floor. Really, this woman should be in the choir, because you could hear every note, syllable and exclamation point.

In the atrium, my eye drifted up, past the second and third levels of Renaissance revival arch and barrow vault levels to the amazing stained glass skylight.  I’m standing there with a camera: a 10 to 24 millimeter lens. What else was I supposed to do? I knelt down to put one more meter between me and the subject, in order to get a few more meters of width on the shot, which was probably 60 meters above me.

God. I love this city.

I walked up wide marble steps with brass hand rails to the second and third floors. The murals (Apollo tending the “fountain of knowledge”) are to photograph (at least I thought at the time) for another time with more planning, which this kind of photo work takes. On the third floor, I found the young woman with the voice, loudly berating someone on the phone.

Looking up again. Stairs. Going up. To the fourth floor. This is clearly administration territory. I could tell, because there is almost no art. I’m looking at the only exhibit on the floor, and someone opens a hallway door. It’s an attractive woman who starts with, “Are you looking for something? May I help you?”

I explained my position. I confessed my guilt at not having been there before. I explicated my revelry at finally allowing myself to view the architectural bounty of the building.

“You aren’t taking pictures, are you?”

I knew better than to pursue it.  I wasn’t going to make her work above her pay grade.

Here is the real legal deal, at least in New York as dictated by case law: in public places, you can take public photos. In private places, the owner or agent of the owner can prevent you from taking photos. If you walk onto the sidewalk, which is public space, you can take the damn photo. I’m not recommending that you argue with or confront the “agent” (the real principals will never confront the issue). I’m saying…sometimes, civil disobedience is a requirement of a civil society. And with that in mind: 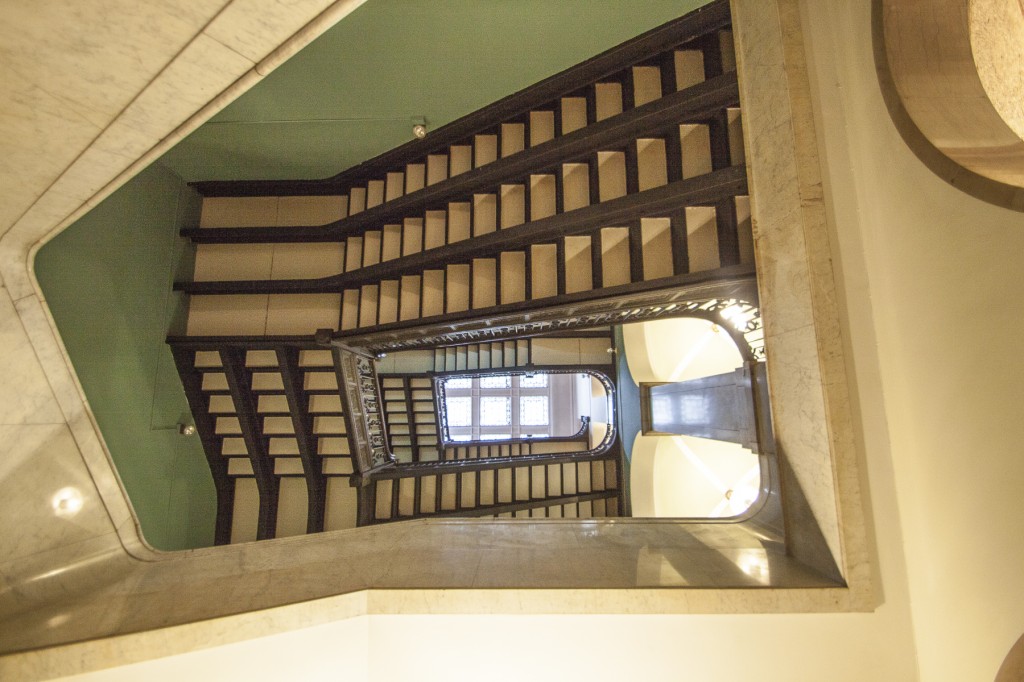 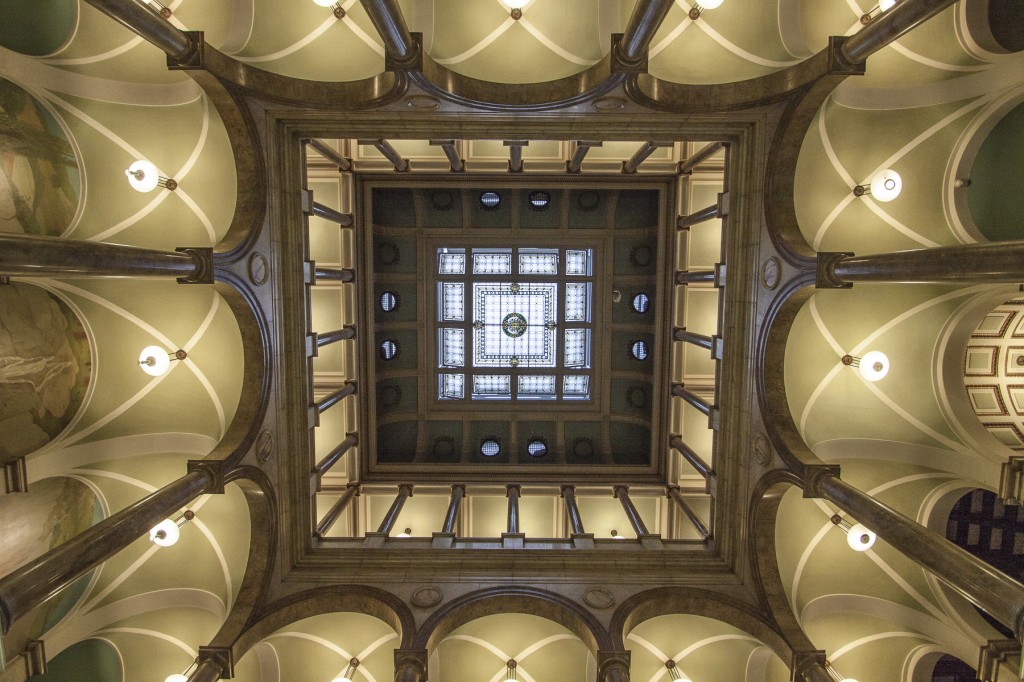 Editor’s note: The library’s website says that, “Photography on the library premises without the permission of the Library administration and all those photographed,” is not allowed. But generally, photography in public spaces where one is lawfully present is allowed. We’ve reached out to the library for more context about the purpose of the policy, and will follow up if they provide any comment.
https://brickcitylive.com/wp-content/uploads/2013/11/library-banned.png 905 1500 Timothy Dingman https://brickcitylive.com/wp-content/uploads/2021/01/citylogo-on-blk.jpg Timothy Dingman2013-11-12 00:55:352013-11-12 08:07:17Tim Dingman: Newark Public Library - the prohibited images

Exactly why are we launching a Style section?
4 replies

How to make more would-be entrepreneurs lean towards Newark? Perhaps with Lean...
Scroll to top