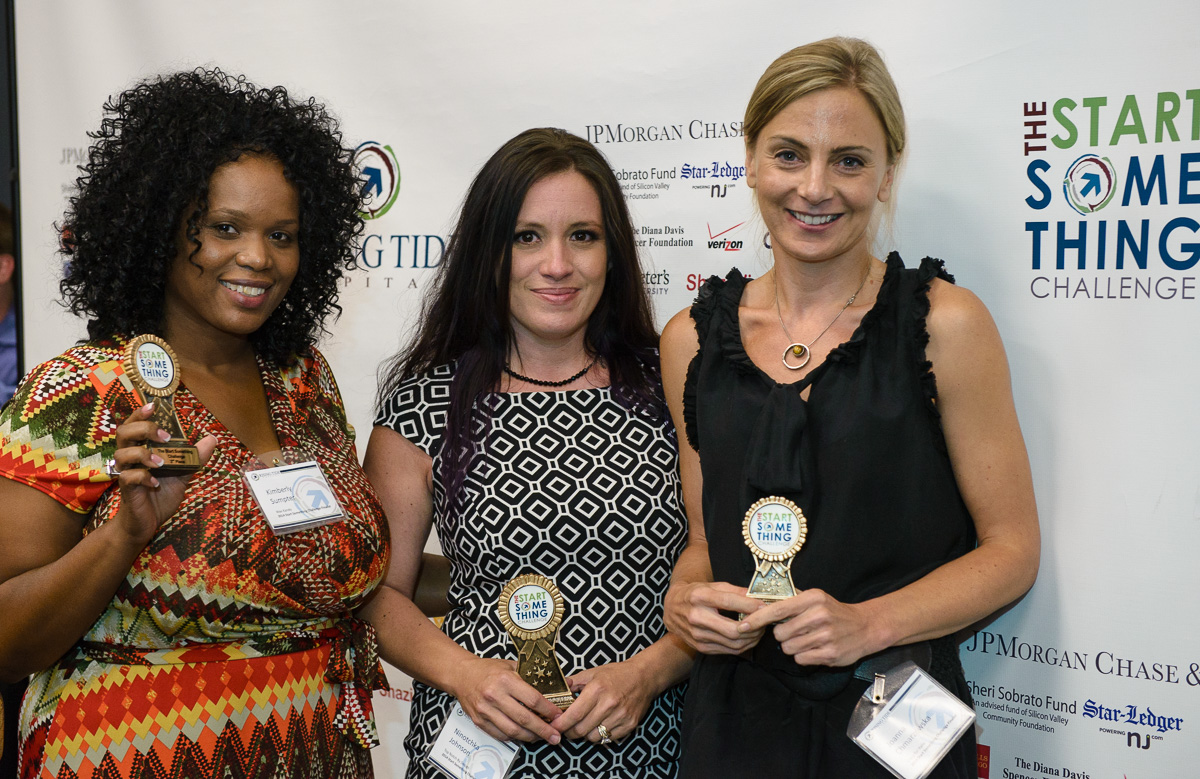 The Challenge was envisioned by Rising Tide Capital as an opportunity for New Jersey entrepreneurs to learn how to market their businesses more effectively. The ten finalists progressed from an initial pool of 74 entrants who each created a business commercial using the Animoto.com software, which they then promoted using a variety of online and offline marketing tools. The 30 entrepreneurs who earned the most views advanced to the next semifinal round of competition, where their videos were hosted on the Start Something Challenge website for public vote. The top ten advanced to the live pitching round of competition.

In the finals, the entrepreneurs pitched head-to-head in hopes of winning the grand prize, making a six minute business pitch followed by a three minute question and answer session with the judges.

“I am so excited and totally in shock.  When I first realized I won I almost cried, now I’m just excited!” exclaimed Johnson. “Participating in the Start Something Challenge really pushed me out of my comfort zone.  For a while I didn’t know where to start as a passionate artist and someone who is new to entrepreneurship. The Start Something Challenge became a solid base, served as a good starting point, and pushed me in the right direction. I am really excited to take advantage of the resources Rising Tide Capital has to offer by attending upcoming workshops and seminars.”

While only three entrepreneurs won cash last night, all of the finalists will receive prizes from Rising Tide Capital valued at over $10,000, including a free 12-month subscription to Animoto Pro, a free ticket to the 9th Annual Small Business Summit in New York City, and iPads for the seven finalists who did not win cash. A People’s Choice award of $1,000 will also be presented at the Start Something Champions Gala on November 16 at the Hyatt on Hudson in Jersey City.

“All of the ten finalists tonight were phenomenal,” said Alfa Demmellash, CEO and co-founder of Rising Tide Capital. “The Challenge is an opportunity for us to make a financial investment into the dreams, visions and hard work for just three of them, but they were all winners; they had the opportunity to share their stories, show how they are solving daily problems, and to meet potential supporters, customers and partners [Monday night].”

This is one of many initiatives Rising Tide Capital and NJCU will partner on to provide technical assistance and acceleration services to New Jersey entrepreneurs as part of a recent $500,000 grant from the U.S. Economic Development Administration.

Disclosure: BrickCityLive.com editor-in-chief Andaiye Taylor was one of the ten Start Something Challenge judges