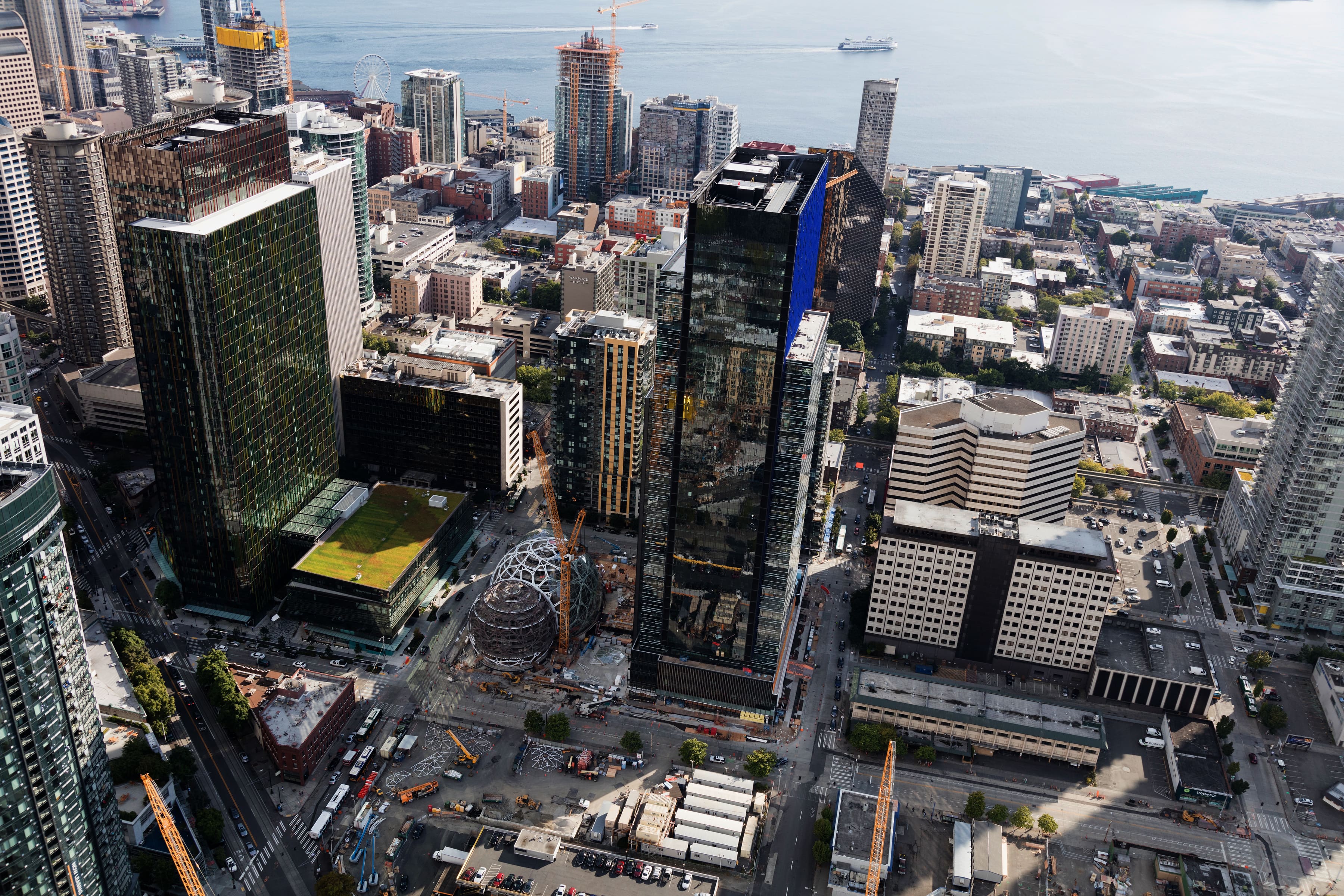 How to sort through the news about Amazon’s decision to bypass Newark (and 17 other finalists in the H2Q competition) and instead locate its second and third headquarters in Crystal City in Arlington, Virginia and Long Island City in Queens, New York?

We posed that question to Aisha Glover, CEO of the Newark Alliance, a local non-profit dedicated to economic revitalization in Newark. Prior to joining the Alliance in October, Glover served as president and CEO of the Newark Economic Development Corporation, where she served as the point person of Newark’s H2Q proposal.

How do you feel about Amazon’s decision to bypass Newark as the location of its second headquarters?

Being selected as a finalist for Amazon’s HQ2 has recharged us and underscored much of the mayor’s economic development strategy. It’s inspired people outside of Newark to take notice of the city and see the things that are going on here — commercially and culturally. The idea is not just how can we attract people and businesses but how can we attract additional resources and investments that benefit existing residents and small businesses.

There seems to be a general consensus that Newark gained a lot simply by being on the top 20 list. What specific indicators can you point to from your corner of Newark that support that idea?

Real estate inquiries are up almost 30 percent in Newark. It is not just the quantity of inquiries that have come in, but also the quality. Also, there has been the recognition of Newark’s strong base of technological talent, which has been fostered by universities such as Rutgers and the New Jersey Institute of Technology. We have also been able to share the story of Newark’s strong fiber optic infrastructure with the country. We are now on the map as a city that is ready to host major business — something that many would never have thought possible even five years ago.

Have you gotten any indication that Amazon might locate secondary offices or warehouses in Newark?

Amazon already has a strong presence in New Jersey. The company currently operates eight warehouses in New Jersey and recently announced plans to add a ninth. That is the largest concentration of Amazon warehouses anywhere in the U.S. Having their HQ2 partially based in Long Island City Queens will undoubtedly benefit the entire region.

How do you think Newark can leverage the momentum gained from this experience to attract more businesses to Newark in the future?

Participating in the HQ2 process, allowed the City and state leaders to join all of our major corporations, universities and anchor institutions to create one unified, powerful voice that all shouted “Yes, Newark.” We all worked together to show the best of what Newark has to offer from our highly skilled workforce to our diversity and convenient accessibility. Now that we have a sound foundation to work from, the City is focused on amplifying our message with branding and marketing to ensure that other companies know that we are ready for business. More specifically, my new role at the Newark Alliance will allow me to continue to convene, leverage and mobilize our existing corporate and anchor community.

What kinds of incentives will it take to make this happen?

Newark already has the necessary assets in place to incentivize businesses to come here. We offer the fastest and most widely available free outdoor Wi-Fi in the country. We have a deep talent pool of highly skilled tech workers from Newark-based NJIT and Rutgers-Newark, in addition to providing convenient access to the New York market. We also are the third largest provider of rail, light rail, and bus service in the nation so the city is easily accessible by mass transit. I could go on and on starting with the rich diversity and cultural history of this city. But the key is we are getting to a place that the need for additional incentives to entice a corporation or anchor to the city are becoming increasingly less and less.

‘The Prize’ and the police
Scroll to top
X
X