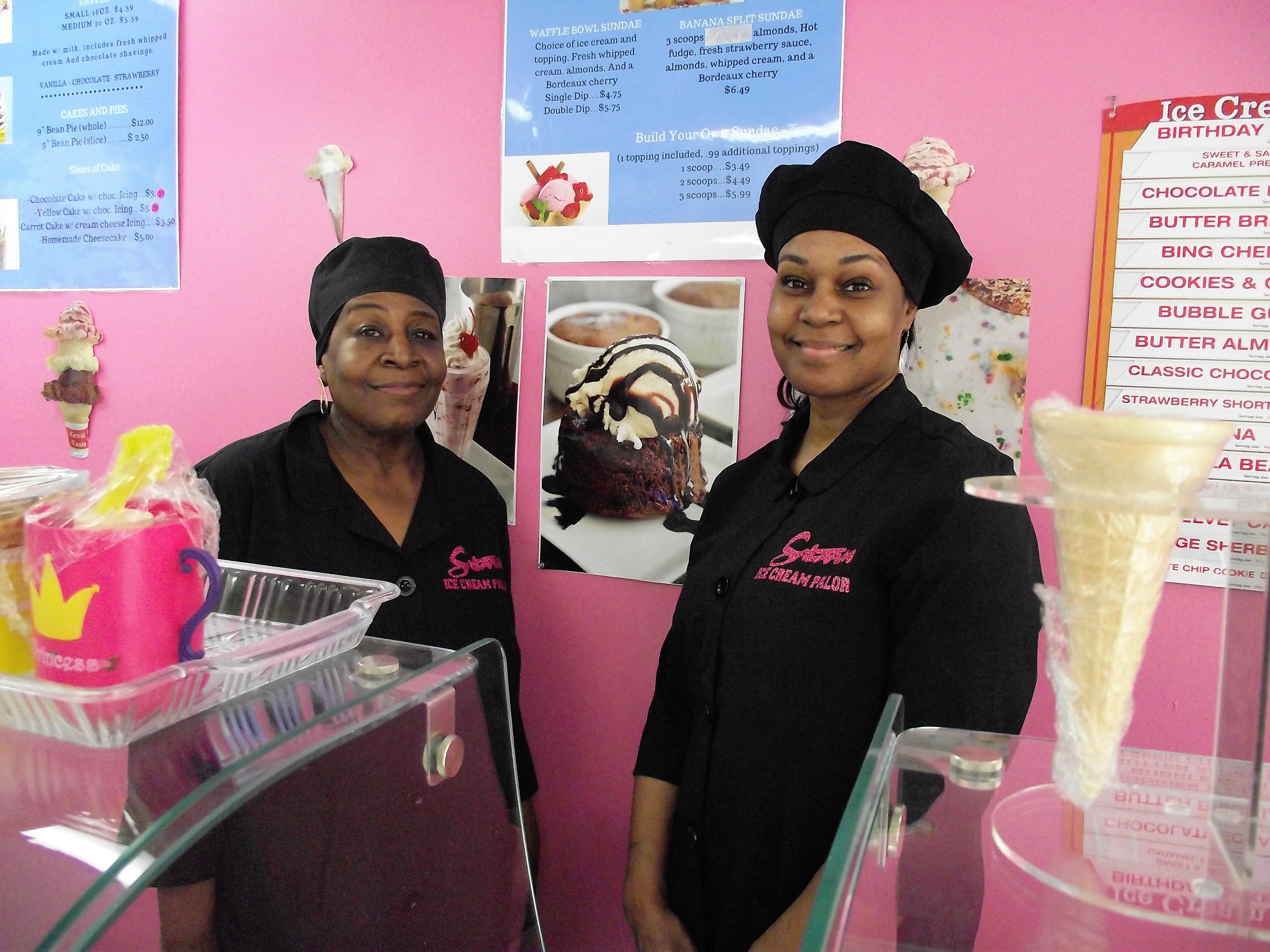 Shikhana Muhammad said she was confident that the business, located at 1024 Bergen Street in Newark’s South Ward, would do well, but has been surprised by the overwhelming support of community residents. “It’s great to see the smiles on the faces of our customers,” she notes. “They are like children in their happiness when they see all of these choices in a shop so close to home.”

Muhammad says she has already doubled the number of ice cream flavors to 18 with the addition of a new dipper station. In addition to the top sellers, other flavors include vanilla, chocolate, strawberry, rainbow sherbet, strawberry shortcake and birthday cake. There’s also a long list of toppings and many ways to enjoy your ice cream including cones, cups, shakes, sundaes and waffle bowls.

Fresh baked goods are based on family recipes attributed to Doris Muhammad, Shikhana and Cushanda’s mother. Customers can choose from chocolate, oatmeal and sugar cookies, brownies, chocolate and yellow frosted cakes, cheesecake and carrot cake with cream cheese icing in addition to the much-loved bean pies. Muhammad was proud to note that a customer recently paid Salaam’s cheesecake a big compliment. He said it was better than Junior’s, the world-famous Brooklyn cheesecake purveyor.

The installation of an attractive and welcoming seasonal parklet by the South Ward SID in front of Salaam Ice Cream Parlor, complete with an abundance of flowers and comfortable seating areas, has created a place for customers to gather and enjoy their ice cream and the warm weather.

The parklet, along with colorful banners, self-watering planters overflowing with flowers, new garbage cans and the work of the SID’s Clean Team, providing supplemental services like landscaping, graffiti and trash removal, are contributing to a cleaner and more welcoming South Ward streetscape. They’re meant to improve quality of life for the people who live and work in the community, as well as visitors shopping locally or accessing healthcare services at nearby Beth Israel Medical Center.