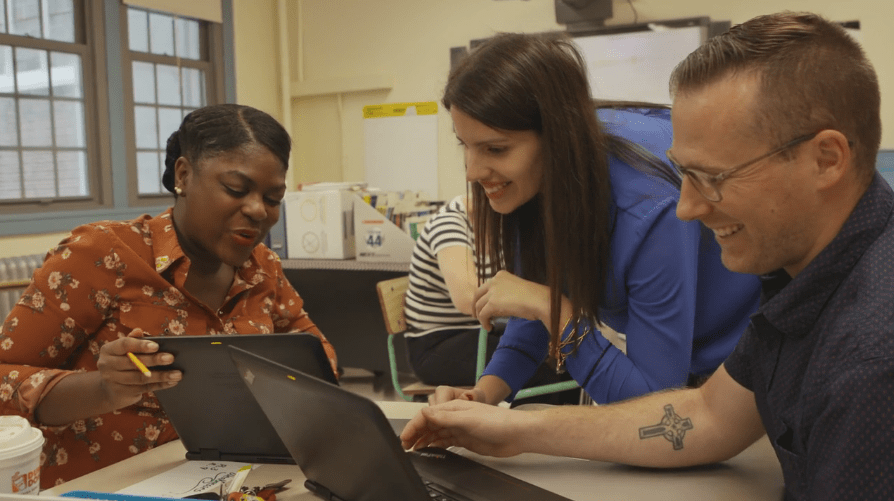 Newark Public Schools has announced the launch of a new recruitment campaign, “Teach Newark: Where Passion Meets Progress,” whose goal is to recruit talented educators from near and far to join the state’s largest district.

A website for the campaign is now live; it will accept the first round of teacher applications through January 29th. More application periods will open up throughout the spring.

The website, which features videos, audio interviews, written interviews and testimonial quotes from Mayor Ras Baraka, and NPS teachers and administrators, is meant to offer information about working in the school district–and to pitch the city of Newark more broadly.

Newark Public Schools said the Teach Newark campaign is a way for the district to widen the net of its recruitment efforts, and to provide the recruitment effort with a compelling “Why Newark?” focus. The new website includes video interviews of Mayor Ras Baraka and a number of students, educators and school administrators. The videos underscore themes of progress and innovation in Newark schools.

“Newark Public Schools are winning. It’s all hands on deck,” said Baraka, himself a former Newark high school principal, in one video, which features interviews and scenes of students and teachers from Technology High School, Science Park High School, East Side High School and Rafael Hernandez. “There are a lot of people collaborating to figure out the best way to provide pipelines to success for our children…. it’s working.”

Baraka continued in another video: “If you are trying to improve your craft and be the best you can be, come here and be a part of what we are creating in this community.”

The campaign comes at a time when data shows improvements in Newark Public School student achievement. A recent Harvard study concluded that “Newark students had seen a significant improvement in the rate of growth in English” in the 2015-2016 academic year versus 2011-2012.  Newark’s high school graduation rate has also increased by nearly 20 percentage points in the past seven years, from the high 50s in 2010 to 78 percent in 2017.

Newark Public Schools said the Teach Newark campaign is one tactic in a more comprehensive recruitment strategy whose goal is to attract a sizable, high-quality pool of education talent, and to ensure that all teacher vacancies are filled before the start of the 2018-2019 school year. Other tactics include:

Candidates can apply for 2018-2019 positions online at TeachNewark.com.

Tea and honey: Prepare for a full day of singing–and join in on the action–at...

Four Jersey political MVPs will be on hand for today’s MLK-themed discussion...
Scroll to top