Last night in Newark City Hall’s municipal council chambers, eleven city youth sat at attention as they prepared to be inducted as the tenth class of Newark Youth Court members.

The Newark Youth Court program trains young Newarkers ages 10 to 18 to serve in a variety of capacities – as judges, as jurors, and as advocates – in actual cases involving their peers. In discussing the rationale behind the court, Victoria Pratt, the chief judge of the Newark Municipal Court who was hailed last year in The Guardian for bringing the community court model to Newark, said it relied on the concept of positive peer pressure.

“Up to ninety percent of youth behavior is determined by their peer group,” she said to the inductees and their families, citing a Harvard study.

Youth Court members perform that function for their counterparts as part of a restorative justice program for Newark youth who have committed low-level infractions like curfew violations, vandalism, disorderly conduct, and truancy. Under the supervision of Newark Youth Court staff, the court’s members represent their peers and serve as jurors to help determine appropriate sanctions after hearing about their peers’ infractions and the context that lead to the incidents. Those sanctions are community service-oriented and include working at urban gardens, soup kitchens, community events, and in other community-building capacities.

After Judge Pratt delivered her remarks, the youth court members each received a certificate and took an oath as their parents and family members angled to capture photographs of the moment. At a reception in the City Hall rotunda minutes later, the newly-inducted members reflected on their new roles. 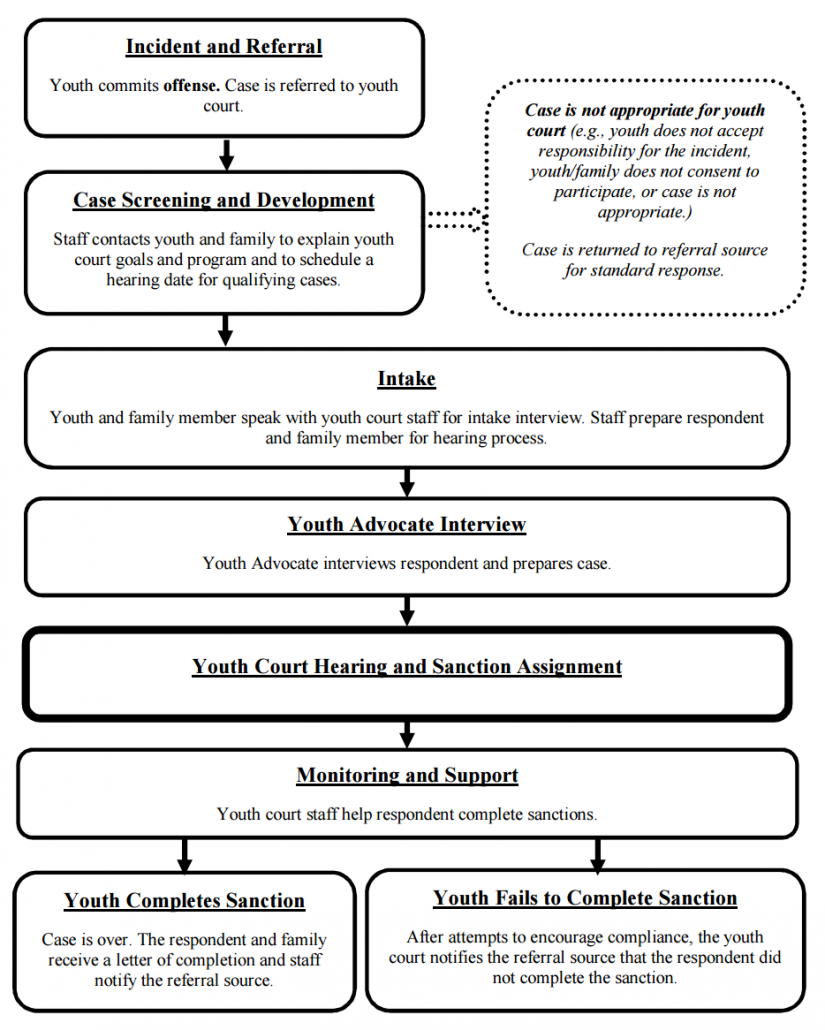 “I wanted to know more about the community and how I could help,” said Serenity Jones, a University High School student. “I learned that helping kids and giving them another chance to make it right can mean they won’t get into more serious trouble later,” she continued, echoing a remark by Judge Pratt about how she often sees young people in her courtroom who are past the point where Youth Court can help.

Endia Gaskins, a student at People’s Preparatory Charter School, said she learned how important establishing a relationship of trust is to helping her peers in the program. “Sometimes people aren’t comfortable opening up, but you can’t help them until they do,” said Gaskins.

The program is also designed to help the Youth Court members themselves increase their astuteness and decision-making prowess. In addressing the students, South Ward Councilman John Sharpe James noted that the frameworks the students will learn will prepare them to be better discerning adults. “This will open your eyes to proper decision-making as you move through your lives,” he told the students.