Newark native Alfred Dill is a man who wears many hats: artist, community organizer, and mentor. But as diverse as his titles may appear, they are all an extension of his multifaceted relationship with the city of Newark.

Dill, or “King Pikeezy” as he is known to many, is what one would call a renaissance man or, in his words, a “griot.” In addition to identifying with the term personally, 32-year-old Dill stamps his latest musical endeavor, Young Griot EP, with the term as well.

“Griots were like the keepers of culture. These were people who went out and traveled and came back to the village to tell people about the stories of their travels,” said Dill.

“A lot of them were musical, so I just repurposed that idea. With all the things I’m doing I was like, ‘I’m going to be the young griot,’” he continued. 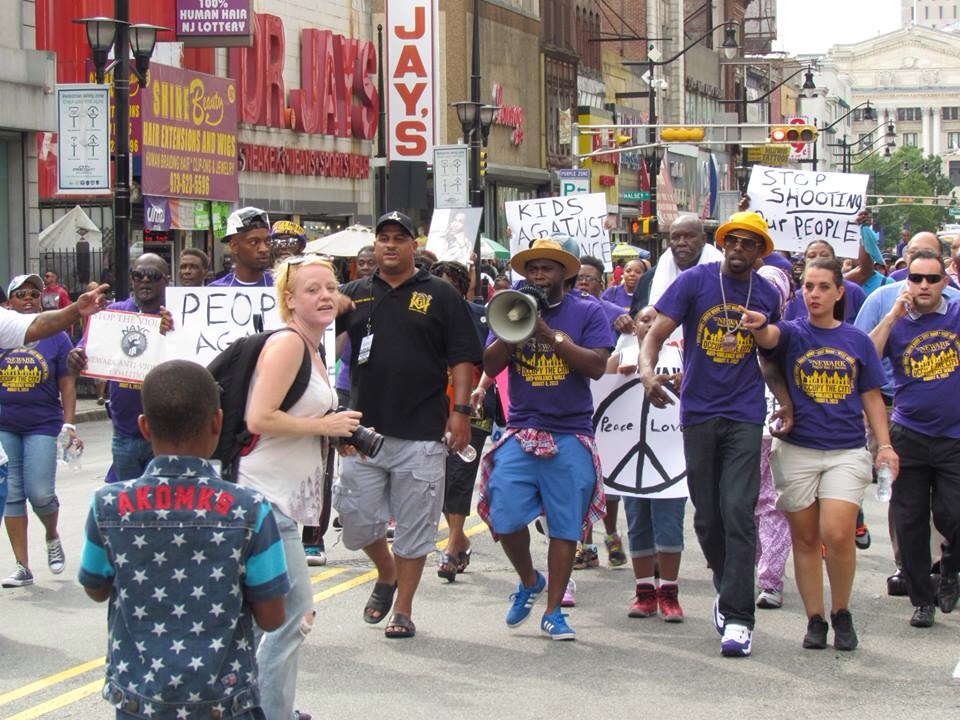 Alfred “King Pikeezy” Dill, center, wields a bullhorn at the Occupy the City rally on August 8, 2015. His daughter, right, holds a placard proclaiming “Peace” and “Love,” inscribed in a peace sign.

Dill is a graduate of Morehouse College, or “The Black Mecca,” as he calls it. His time at the historically black institution only intensified his innate inclination towards social awareness, one that was seeded during his childhood growing up in Newark’s West Ward.

“Growing up, I was just like every other teen. I got involved with the stereotypical things that were going on in the community. But being involved in different things helped me find myself,” said Dill. “I went to Newark Boys Chorus School and I was traveling a lot [with the school] from the 5th grade [on], so I was also exposed to a different lifestyle. So when I would come back home from these trips, it was like night and day.”

Performing at bar mitzvahs and black-tie events at such a young age showed Dill how far his talent could take him, and inspired him in his adulthood to pay that experience forward by cultivating young talent and encouraging at-risk youth in the city.

“Music is my forte, and I just wanted to do something positive for the community. I wanted to use music to bring some positive energy to at-risk teens,” he explained.

The organization, which functions as a collective of Dill and his friends, brainstorms creative community events to keep teenagers engaged and off the street. “We want to make it popular to be positive, you know?” said Dill.

A scroll through the group’s Facebook page will surface a public service announcement from 2013, in which Dill implores community members to attend a Toy Gun Exchange program organized by the group. Children and parents are expected to exchange toys that promote violence for basketballs, books and other positive material. Then-mayoral candidates Ras Baraka, Shavar Jeffries, and Anibal Ramos, among other Newark notables, make cameos in Dill’s video to promote the event.

With branded gear, engaging events and musical stylings that are sure to pique the interest of millennials, Dill wants to show that positivity, community involvement, and fun aren’t mutually exclusive.

“I want to be the balance. I want to use my music and my talent to stir the community in a good way,” Dill said.

Dill’s youthful foray into this realm was somewhat accidental. After a happenstance meeting with then-mayor Cory Booker, Dill became actively involved in the “Fathers Now” initiative. The program helped prepare young black men for fatherhood and ultimately an active role in the community. Dill excelled in the program, and was honored with the title “Father of The Year.” 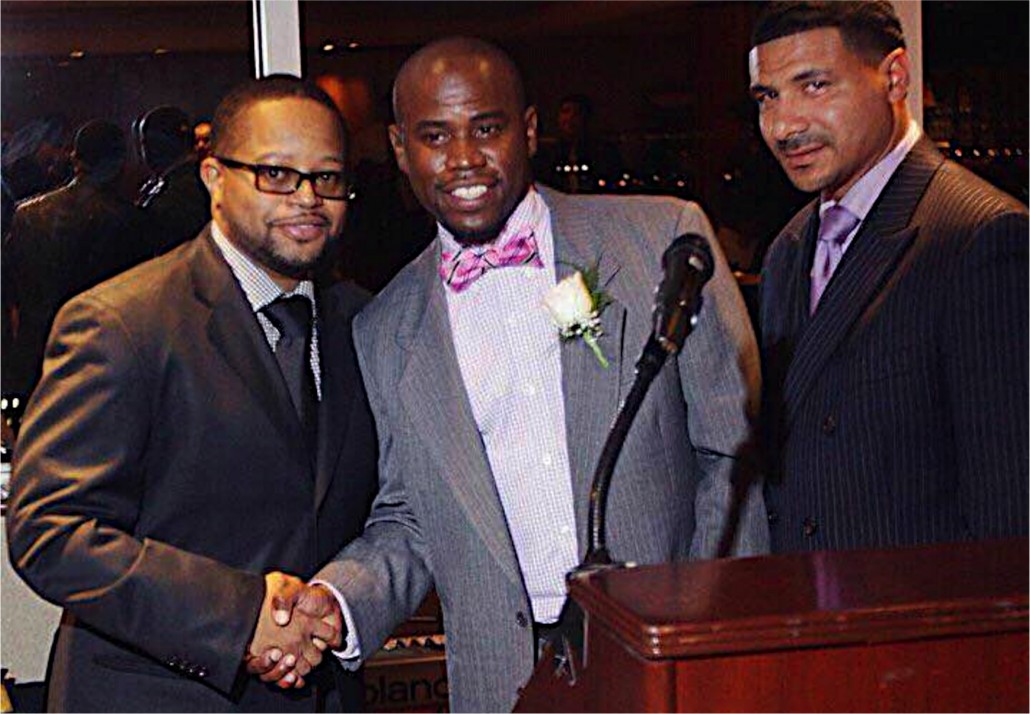 Dill, center, shakes hands with Lavar Young, then president of the now-defunct nonprofit Newark Now, at the Father’s Now awards ceremony in 2011. Educator Dr. Steve Perry poses on the right.

“I saw how people were responding to me after I got involved [in the community]. It was a great feeling to be recognized by people for doing something good. It showed me that you don’t have to be on the street for the community to recognize you,” said Dill.

Dill’s musical endeavors are laced with the same awareness that is alive in his activism. During a performance at the weekly Co-Lab Open Mic at downtown Newark’s SEED Gallery, where Dill is a curator, Dill’s evocative words and spirited performance permeated the room. He delivered charged lyrics with deft movement, while eliciting responses from the crowd ranging from vigorous head nods to claps and brows furrowed in deep thought: all an affirmation that his audience identified with the stories Dill told.

“I want people to say, ‘I’m thinking when I’m listening to Keezy,’” he explained.

Dill uses the city’s storied and varied history with everything from art and music to crime as the building blocks of his work. In one of his recent videos, Young Renaissance, viewers get a glimpse of Newark’s downtown area, with the city’s infamous arcade making an appearance.

Dill said he hopes his love affair with Newark will one day manifest into a tangible space where he can continue to do the work he’s doing now, but on a larger scale.

“When I was growing up, we didn’t have that. You got off the bus after school and you went home. I don’t want that. I want to do something different.”