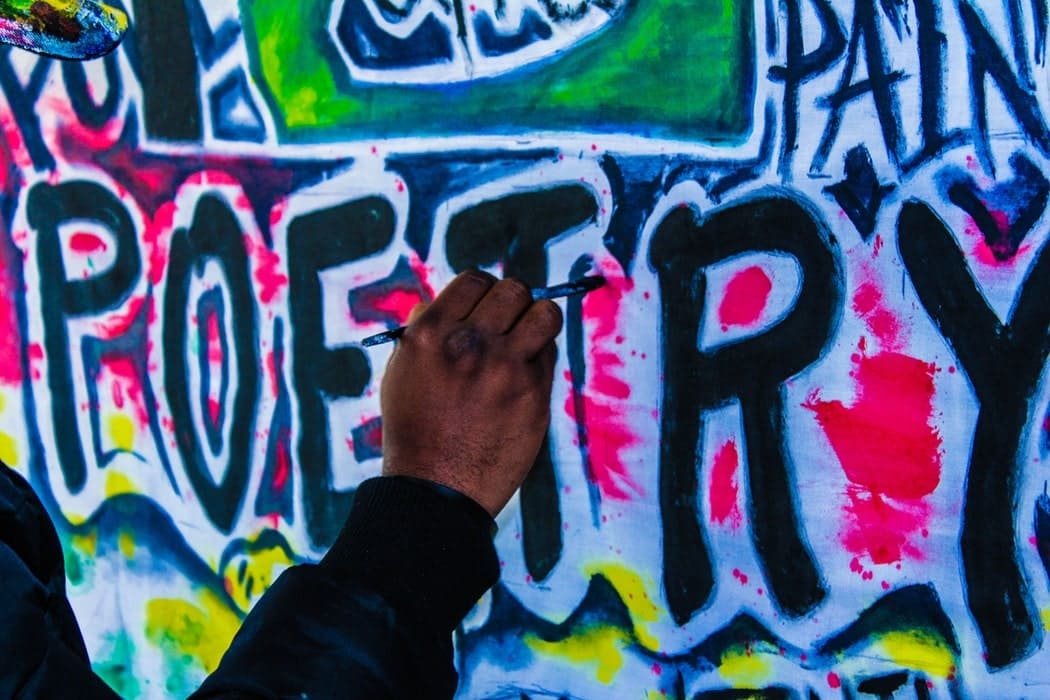 On October 18th, the largest poetry festival in North America will once again unfold in Newark.

The Geraldine R. Dodge Poetry festival will hold its 17th biennial four-day event at NJPAC and other locations in the Newark Arts District downtown. A slew of bestselling authors, Pulitzer Prize winners, slam poetry champions and other poetry luminaries will participate in readings, forums and performances during the festival, including “featured readings” from the likes of former U.S. Poet Laureate Juan Felipe Herrera, Pulitzer Prize-winners Sharon Olds and Gregory Pardlo, award-winning poets Ntozake Shange and Alberto Ríos and others.

More than 150 poetry events will unfold during the four-day span of the festival, which the New York Times once dubbed “Wordstock.” This is the fifth consecutive time the Dodge Poetry Festival has been held in Newark. It debuted in 1986 at Waterloo Village, part of a state park in northern New Jersey. This year’s Dodge Poetry Festival also marks the second time the Academy of American Poets will integrate its annual Poets Forum into the festival, bringing together their Board of Chancellors for readings and conversations.

As in previous years, the festival will partner with environmental advocacy group Clean Water Action to make the event a zero-waste event—meaning materials used, and disposed of, in event planning are compostable, recyclable or reusable.  Festival organizers have also partnered with New Jersey Transit to encourage festival goers to take public transportation through discounted transportation passes.

The full Festival poet lineup, the complete 2018 Dodge Poetry Festival program, and other events leading up to the Festival will be posted on the Dodge Poetry Program website, www.DodgePoetry.org.