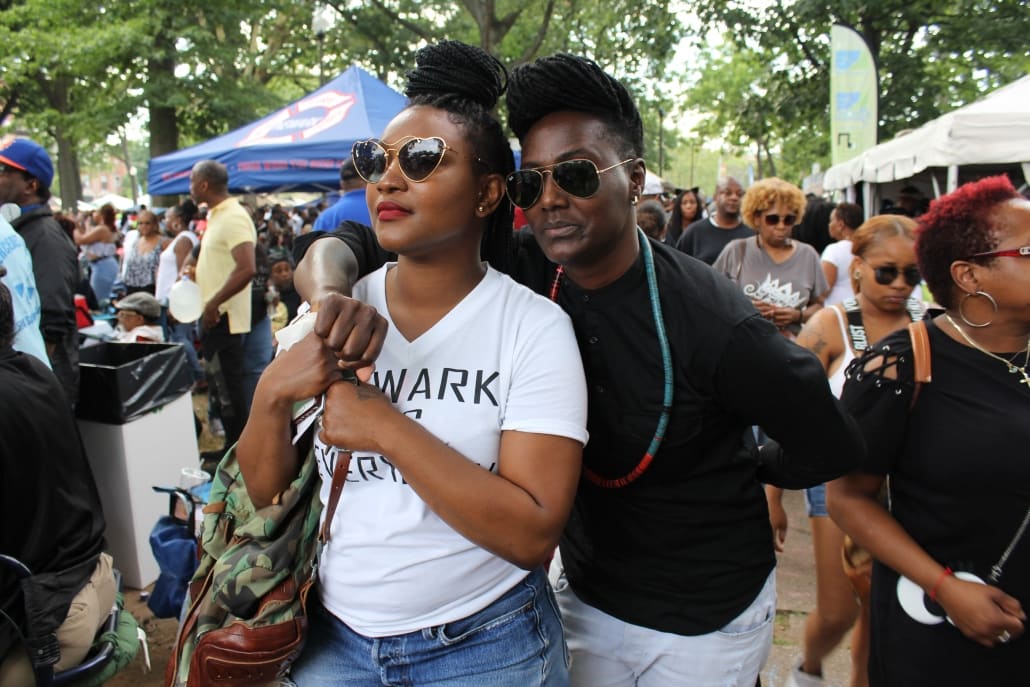 The popular annual Lincoln Park Music Festival, which boasts an average annual attendance of 60,000 people returns for the 13th year with a musical lineup and a variety of vendors that has something to offer for everyone.

This year’s festival kicks off on Friday with a street renaming ceremony on Washington and Spruce Streets for Rodney Gilbert. Gilbert, a native Newark resident who passed away last year, was the founder and CEO of Yendor Productions, a Newark-based firm that consulted, developed and produced arts education programs in Newark. “Rodney was so near and dear to so many people,” said Kim J. Ford, president and CEO of BRND Marketing Group, the marketing agency for the Lincoln Park Music Festival. “He was just the embodiment of what we talk about when we say Lincoln Park is building an arts district.”

Featured headliners at this year’s festival include R&B legend Miki Howard, house music DJ and producer Danny Krivit, and platinum recording hip-hop artists Lords of the Underground. Dupre “Doitall” Kelly, one-third of the The Lords of the Underground, said he is eagerly anticipating headlining Sunday’s hip-hop night with his bandmates. “It’s still seems like yesterday we said “Here We Come” and today we are here, celebrating the 25th year of our platinum selling album Here Come The Lords,” said Kelly.

By far the most popular feature of the Lincoln Park Music Festival is House Music day on Saturday. In addition to Danny Krivit spinning club classics and current hits, House music night will also pay tribute to legendary DJ Tony Humprhies, who was a popular fixture at the legendary Newark hot spot the Zanzibar back in the 80s.

“This year marks the first time that the festival will run for two weekends. From behind-the-scenes to performing on the main stage, the arts will continue to be a viable career option and pipeline to economic empowerment and revenue generation for many,” said Anthony Smith, Executive Director of the Lincoln Park Coast Cultural District, the organization that produces the festival. “For example, one of our 2017 main stage performers and featured Jazzy Soul Series artist Leah Jenea, was just featured on Sean “Diddy” Combs’ The Four on Fox.  What an example of the opportunities the arts can provide if you just commit yourself and use every platform available to you, like the Lincoln Park Music Festival, to hone your craft and build an audience.”

The Lincoln Park Music Festival began thirteen years ago with the intent of revitalizing Newark’s historical Lincoln Park district, which was known in the 1950’s as a mecca for jazz music and popular nightclubs where legendary acts like Sarah Vaughn and Redd Foxx performed.

According to Lincoln Park Music Festival, the annual festival brings in an estimated $5 million dollars a year for local businesses and provides seasonal job opportunities for Newark residents during festival weekend. “A lot of our vendors are either Newark [residents] or Newark-based. [They] don’t have brick and mortar, but they travel to different festivals to seek out a living. They know that they can come here in July and they can make a certain amount of money to feed their families,” said Ford.

For Lincoln Park district resident James Lightsey, who has attended the festival many times throughout the years, the most memorable moment was the festival’s first year, when the Afropunk Festival collaborated with the Lincoln Park Music Festival. “This movement out of Brooklyn came through with African-American punk rockers who performed rock music that made you feel like you were at a Fishbone or Lenny Kravitz concert. [T]hey had a large underground following of young Black fans that came dressed to rock out in their eye-catching outfits. The looks on the onlookers’ faces was that of pure amazement,” Lightsey recalls.

“[Lincoln Park Music Festival] is just the beginning step of community engagement,” says Royston Allman, host of the community-based Change Makers radio show and frequent festival attendee. “The arts can be used to change the energy in the community…if we change [we] increase the income and the outcome for many lives.”