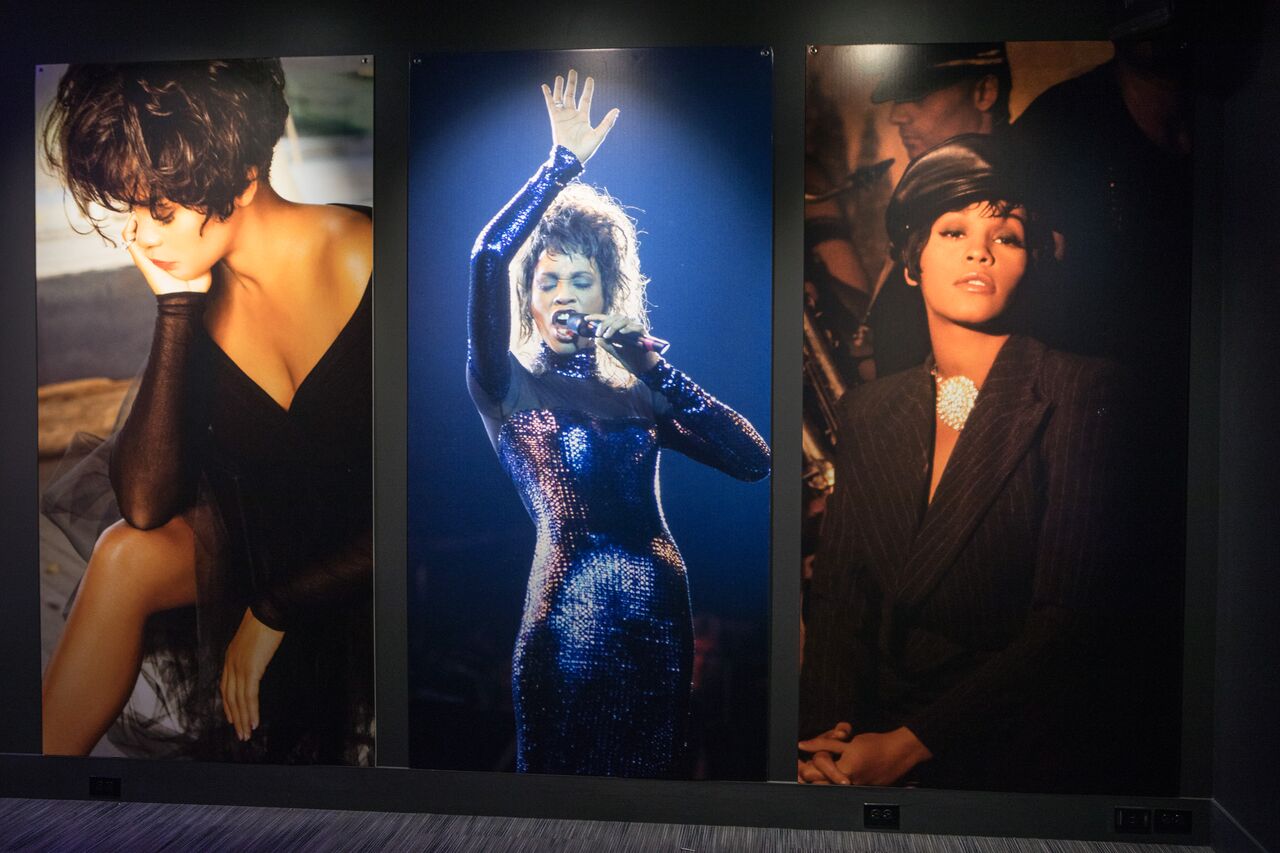 In one corner of the brand new Whitney! exhibit at the GRAMMY Museum Experience at Newark’s Prudential Center, there is an alcove with a large video screen.

The walls on either side are adorned with ceiling to floor photographs of a vibrant, in-her-prime Whitney Houston. During a preview event, days before the official opening, several young girls, students at the East Orange elementary school which bears her name, sat on a row of benches, watching the screen intently.

There, in all her glory, an enthralling Whitney Houston in an elegant white bespeckled gown, ending her performance at the 1989 GRAMMYs, belting out the final crescendo of “A Moment In Time.”

“I will be…” she sings forcefully, arms outstretched, voice lifting to the heavens.

To these young girls who spend every school day embraced by Whitney Houston’s name and spirit, this was more than a celebration of a late entertainer, but a heart-tugging moment of pride-inspiring “black girl magic” at a time when such representation matters perhaps more than ever.

The exhibit, which opened at the GRAMMY Museum Experience at Prudential Center on Friday, October 19, 2018, is a touching and beautifully designed tribute to Houston, a Newark native, who passed away on February 11, 2012.

Frequently heralded as “the voice” of her generation, Houston solidified her legendary status across R&B and pop music charts in a career that lasted more than two decades. But there were moments—iconic  moments in time—that helped sear her place into the psyche of millions throughout the world.

Singing the Star Spangled Banner at Super Bowl 25 in 1991, widely regarded as the best performance of the national anthem, period.

At the end of The Bodyguard, the 1992 film she starred in alongside Kevin Costner, that moment when “I Will Always Love You” became the song of a lifetime. 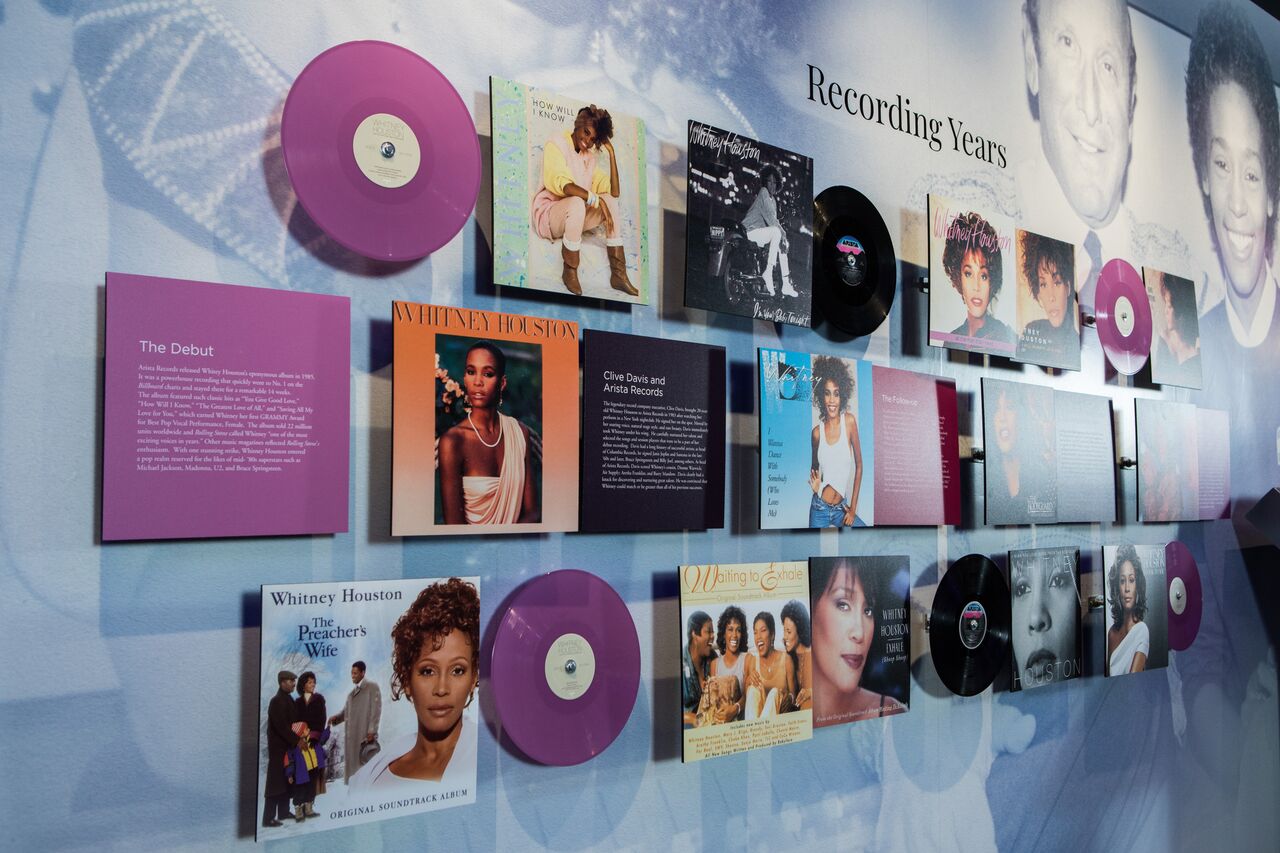 Then there were the performances on television, many represented in her “Greatest GRAMMY Performances Theater Space,” moments when the country would be held captive by the power of her grace, beauty, soul, and that voice.

The interactive exhibit showcases artifacts associated with these moments and many others. A video installment replays choir performances from Houston’s early, church-going years at Newark’s New Hope Baptist Church, another highlights that iconic Super Bowl performance. A small karaoke room allows fans to sing along with “I Wanna Dance With Somebody (Who Loves Me),” her first platinum hit song.

Magazines from her modeling days adorn a section of the exhibit, as does a tribute to other members of her talented family, including her mother, gospel great Cissy Houston and superstar cousin in her own right, Dionne Warwick.

And the gowns! Ranging from the elegant to the extravagant, the exhibit showcases many of Houston’s performance outfits, from the iconic Oscar de la Renta worn when she won her first GRAMMY to others from her several world tours.

Of course, there are awards. Plaques and trophies dot the display cases, representing Houston’s enormous professional accolades from industry organizations such as the GRAMMYs, MTV, the American Music Awards, Billboard, NAACP and more. Letters from presidents and first ladies hang in frames. And it is in this exhibit that you will find the very bible given to Houston as a child, that she kept with her until the day that she died. 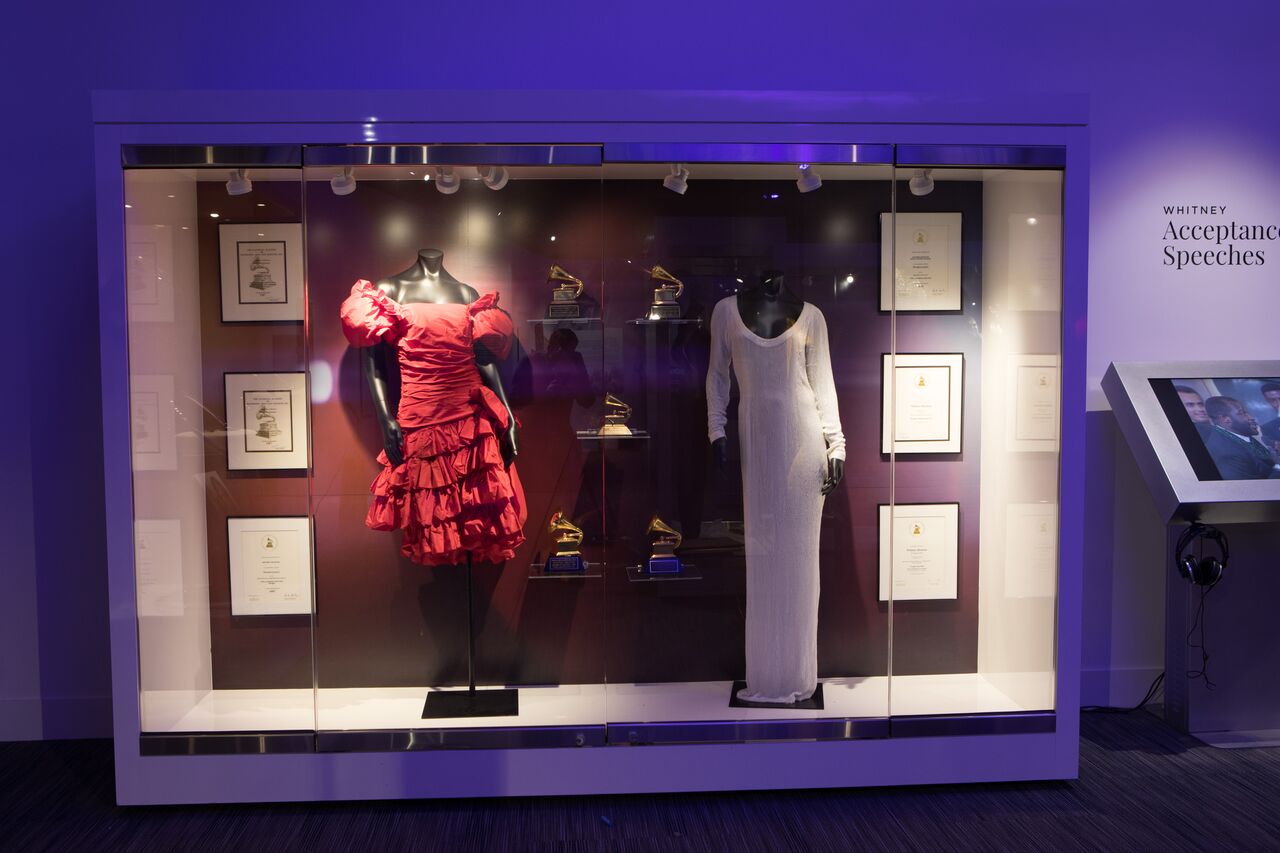 At the Whitney! exhibit, a collection of Houston’s gowns. Photo courtesy Prudential Center

Bob Santelli oversees the multiple GRAMMY museums across the country. At the preview event, he recalled the organization’s interest in helping preserve Houston’s legacy at the time of her death, to help provide fans a commemorative place to grieve. “We reached out to the family and they agreed that this was okay to do,” he told me.

Over time, a fuller exhibit came together. “Here, it is far more comprehensive,” Santelli explained. “This is a retrospective of her artistic career.”

Santelli, a Jersey City native, also expressed the importance of having this collection here, in Houston’s home area (she was born in Newark, and grew up largely in East Orange).

“Exhibits are great for fans, but they also should inspire,” Santelli said. “The coolest thing would be that one of these kids from the Whitney Houston Academy—who we hear singing in the background—ultimately stands on a GRAMMY stage some day and says, ‘I got my inspiration and start at the GRAMMY museum in downtown Newark.’”

For the older crowd who grew up with Houston’s music, the exhibit is as bittersweet as it is inspiring. Memories of her massive presence flood back when viewing the artifacts, as wisps of her music float through the air, triggering nostalgic flashbacks. Touching tributes by LL Cool J and Jennifer Hudson at the 54th GRAMMY Awards, which aired the night after the day she died, recall a mournful moment in time. 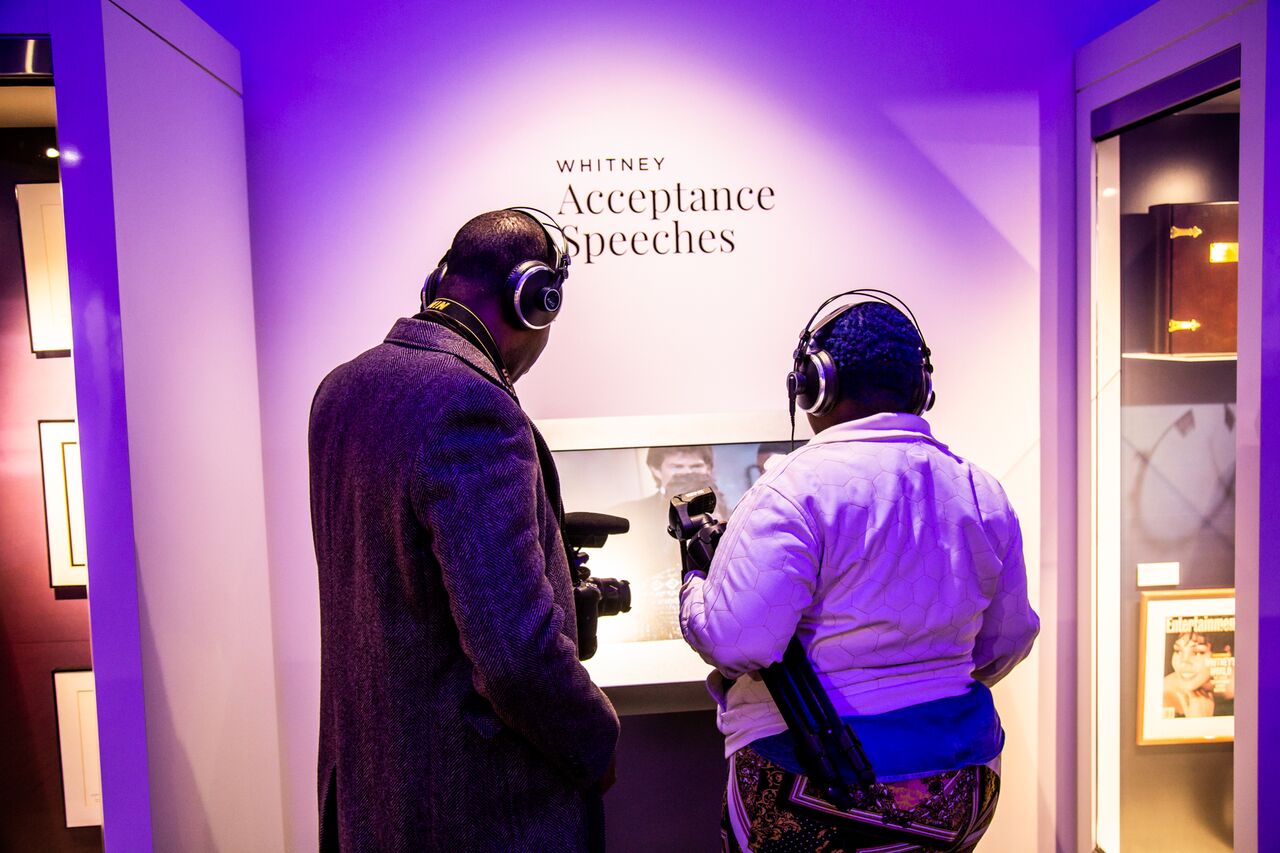 This, and a lone reference to her personal relationship and substance abuse struggles, remind visitors about the tragic circumstances which sidelined Houston’s career, and ultimately ended her life. While these stand as necessary nods to the darkness which plagued her, they are respectfully subtle. Much more compelling is the celebratory avalanche of light expressed by the exhibit as a whole, a brilliance that shone out onto the young girls from the Whitney A. Houston Elementary School in East Orange, New Jersey, who saw that someone who had been just like them, from the very same place, could go on to captivate the world.

A worthy moment in time, indeed.

The Whitney! exhibit at the GRAMMY Museum Experience Prudential Center is open to the public. In addition to visiting the exhibit, other Whitney Houston-related events are planned, including a “Dance With Somebody Silent Disco,” a student art competition, vocal training classes, a music career guidance program, movie screenings and more. A tribute to Houston will also be a part of Prudential Center’s annual American Young Voices concert.

For information on the exhibit, these programs, and the museum in general, visit GRAMMYMuseumExp.org.