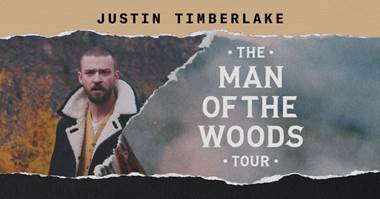 Justin Timberlake announced today that he will return to the stage with The Man Of The Woods Tour. The North American outing will kick off March 13 and include a stop at Prudential Center on March 25.

Timberlake’s forthcoming album (also called Man Of The Woods) is set for release on February 2. The artist said the new material will give a self-reflective look at his journey into fatherhood and offer other personal insights.

Timberlake is also slated to headline the Pepsi Super Bowl LII Halftime Show on Sunday, February 4. Timberlake’s last tour was The 20/20 Experience World Tour, which sold out arenas and stadiums around the globe in 2013 and 2014.