The open mic at Blueprint Café 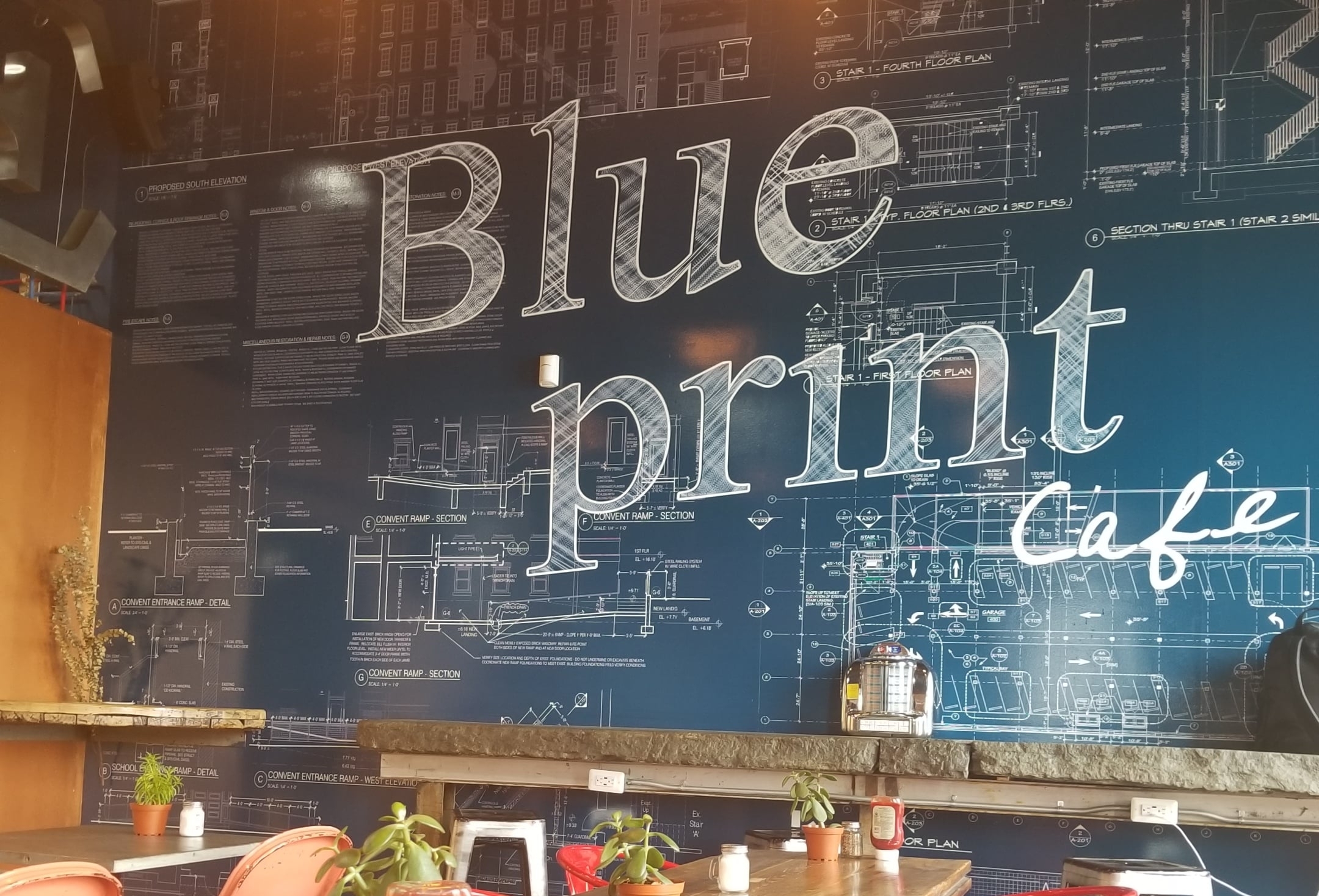 Weekly open mics can be tricky. It’s hard to get people to come to one event, let alone four per month.

But from the prospective of a performer, it’s the perfect platform to grow along with your work. A regular schedule like that allows artists a lot of space to breath—you can present your work as you go without any pressure to go to every single one.

The open mic at Blueprint Café is relatively new, so all of the performances are a part of its formation. There’s a neo-soul/R&B vibe, created by both the atmosphere of the café and the music. The venue has big windows, high ceilings, and low lighting. Between the lineup of presenters, they take song requests from Facebook in real time. Artists like Bryce Vine, SZA, and Erykah Badu get a lot of playtime. People doing covers of songs also seem to stay in that range. Songs like “Hit Me Baby One More Time” by Brittany Spears and “Focus” by H.E.R. have been featured.

Natalie, from the writing duo Pen Up Girls, hosts each event from behind a gold microphone. She sings, and she also invites anyone to come up—dancers, singers, poets, storytellers. She calls it “a warm environment to share.” There’s a sign-up sheet for the open mic, but Natalie also reminds people to come up whenever they’re ready. When you perform, you stand on the floor, level with the audience. Blueprint Café is a restaurant, so people are eating and drinking during these presentations. But everyone does stop to pay attention.

Over the past few weeks, there has been a range of spoken word. The first time I was there, a woman told a narrative joke about getting too high in Jamaica with her friends before reciting a poem that personified heroin. More recently, Natalie gave two people two unrelated words (“legacy” and “temperature”) and asked them to write a poem about them. There are also some more traditional pieces about race and gender, as well as poems about poems.

You might never know that there is such a place in the industrial side of the Ironbound, but the open mic at Blueprint Café already has a lot of depth. It’s a casual place for those looking for food and entertainment, or a place to perform your art, or both.