“A rare confluence.” One Theater Square developer Carl Dranoff on the uniqueness of Newark 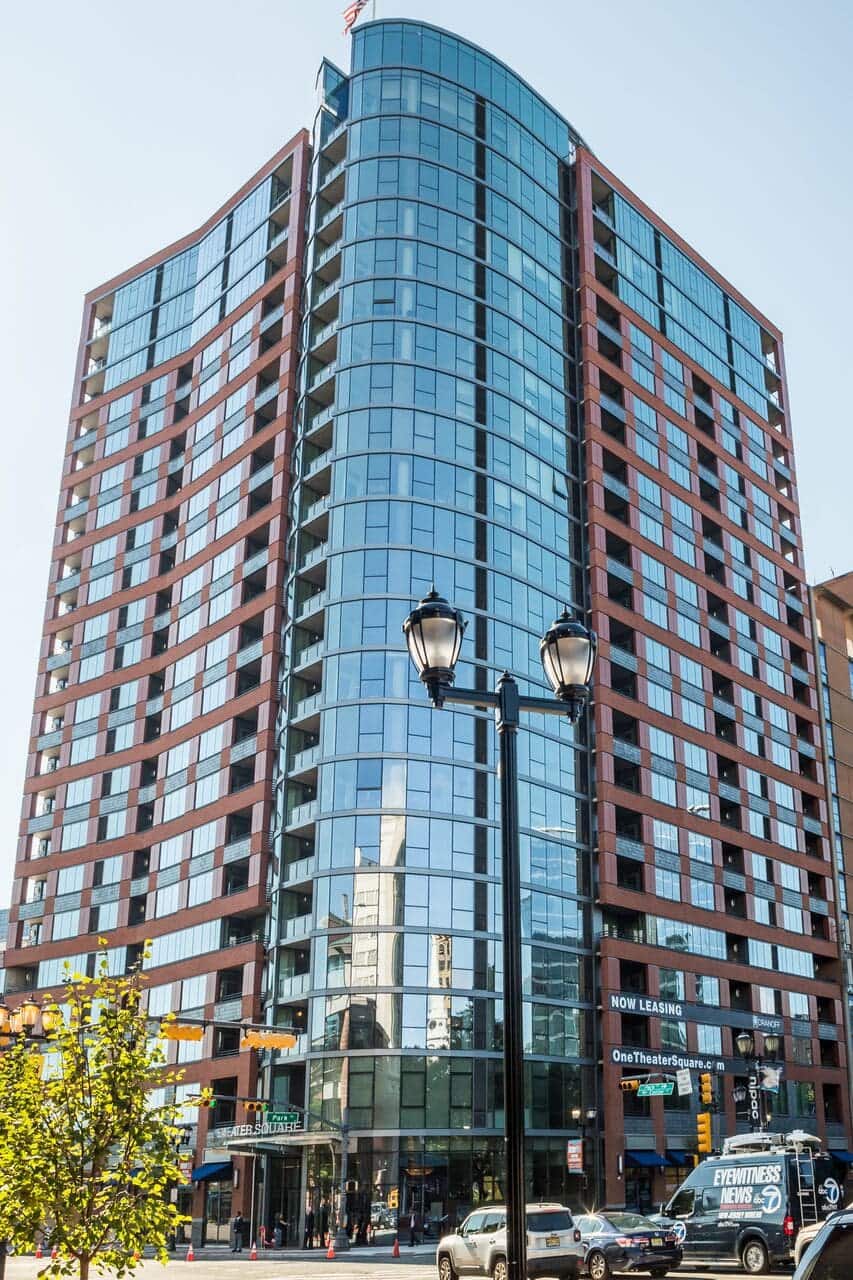 Carl Dranoff and his eponymous firm, Dranoff Properties, have launched residential developments across North America. But in Newark, the Philadelphia native and developer of the brand new One Theatre Square luxury apartment building said he and his team found a highly unique opportunity.

“This is a rare confluence,” said Dranoff, sitting in one of his model apartments on the afternoon of the building’s early-October ribbon cutting, which was attended by a cadre of local officials including Mayor Ras Baraka and NJPAC President and CEO John Schreiber. “This is what we call a ‘four corners location.’ You have NJPAC, green space in Military Park, our building and shopping and retail” all abutting one another, said Dranoff.

One Theater Square is the first luxury high rise to be built from the ground up in Newark in more than 50 years. Unlike with other luxury developments downtown, including Eleven80 and the Hahne & Company building, Dranoff Properties had the opportunity to imagine from scratch how the building would optimally fit into the topography and amenities of its neighborhood, and then build those features into the new high rise.

This story goes back eleven years, when Dranoff Properties first answered the request for proposals to develop the building. At the time, Dranoff said, he and his company looked at Newark as a city that was still pre-renaissance, but ready to realize its potential.

One of the most unique features of the building is its inextricable link to NJPAC: the development of a residential building was actually part of NJPAC’s charter upon the arts center’s founding. Dranoff said he and his team had a model to work from when contemplating how One Theater Square would fit into the NJPAC complex. Dranoff Properties previously built Symphony House in Philadelphia, which is steps away from The Kimmel Center, Philadelphia’s analog to NJPAC. “We already knew the connection between arts and culture and residential housing,” said Dranoff. “People want to be connected to live music and arts.”

As One Theater Square’s property developer and manager, Dranoff Properties has a vested interest in seeing to residents’ quality of life. The building’s proximity to NJPAC, said Dranoff, offers residents a nonpareil experience–“real home entertainment,” he called it. NJPAC offers shows and other events approximately 300 nights out of the year. 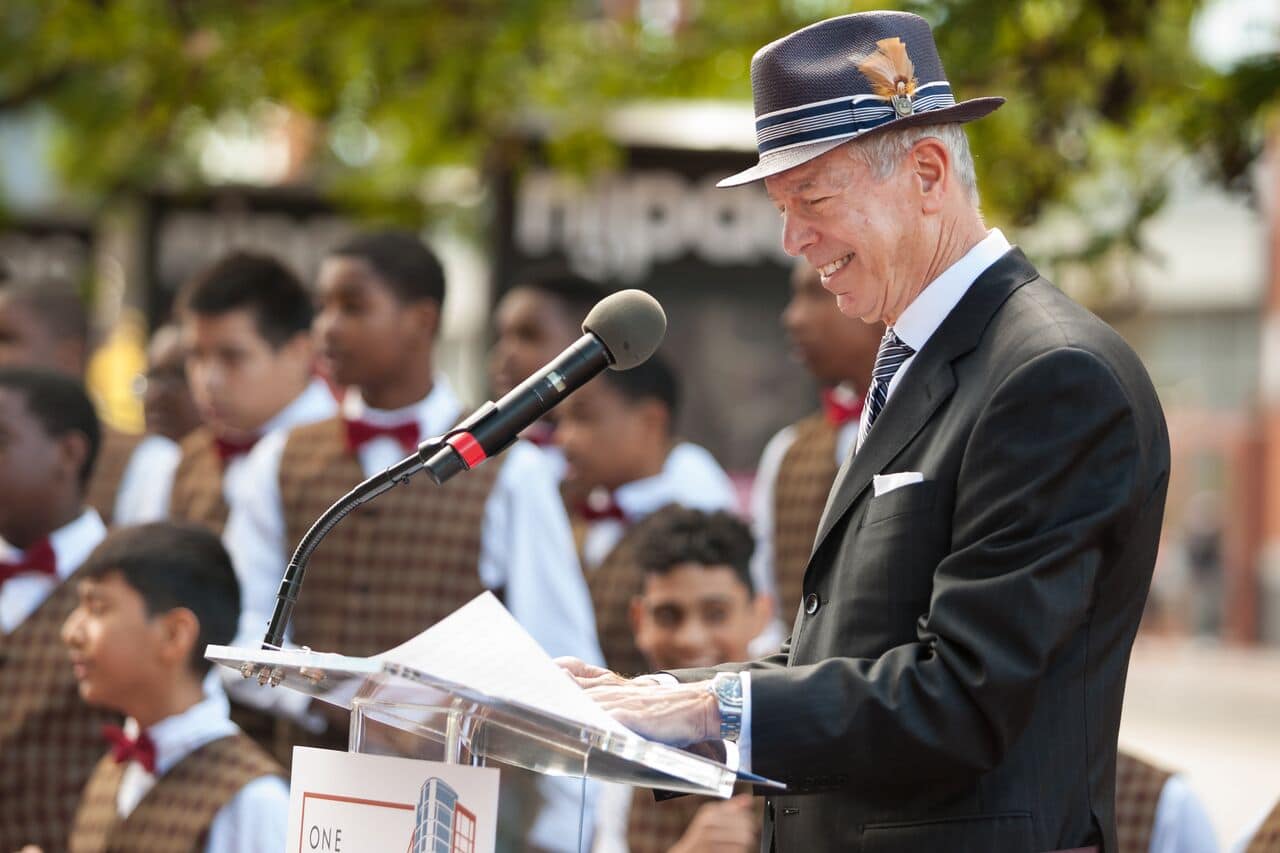 But even aside from the setting, said Dranoff, his company set out to create a residence that could stand on its own as a top-tier place to live, and be a “wonderful design icon” on Newark’s skyline to boot. That meant a keen focus on craftsmanship, details and accoutrements, including nine-foot ceilings, large windows—including floor-to-ceiling in some units—built-in desks and shelving, porcelain bathroom tiles and other premium fixtures in the apartments. And it meant an amenity floor complete with a fitness center, yoga studio, game room, culinary kitchen, outdoor patio and conference rooms.

“The product itself is attracting people who may not have looked in Newark before,” said Dranoff, noting that renters could pay $1,000 or more for similarly appointed luxury buildings in Jersey City, Hoboken or New York.

One hundred of the 245 studio-, one- and two-bedroom apartments at One Theater Square have already been leased. Twenty four of those apartments are affordable units, for which a lottery was held starting in the spring of 2018. Many apartments feature views of NJPAC, or Military Park, or panoramic views of the New York City skyline. Some corner apartments are positioned to have a view of all three.

The building also features 12,000 square feet of retail space on its ground floor, which has yet to be leased.

While One Theater Square does have a sizable contingent of younger renters, with 42 percent of residents under the age of 30, an even larger resident population, 58 percent, are age 30 and above. NJPAC’s Schrieber is one of those thirtysomething-plus renters. “This building is very appealing to an empty nester,” Dranoff noted, citing the neighborhood’s walkability, access to a supermarket and closeness to opportunities for culture and continued education. (For Schrieber, One Theater Square offers the added benefit of being located mere steps from his place of employment.)

One Theater Square was awarded $33 million in Urban Transit Hub Tax Credits from the state and arranged for an additional $12 million in funding from the City of Newark through a revenue allocation bond, a parking tax grant and HOME funds.

Wyclef Jean attends mural unveiling in his honor. It’s first in a citywide...
Scroll to top