Time for some action

March and ‘Rally for the #94Percent’ planned, calling on Gov Murphy to ‘be accountable’ to Black voters 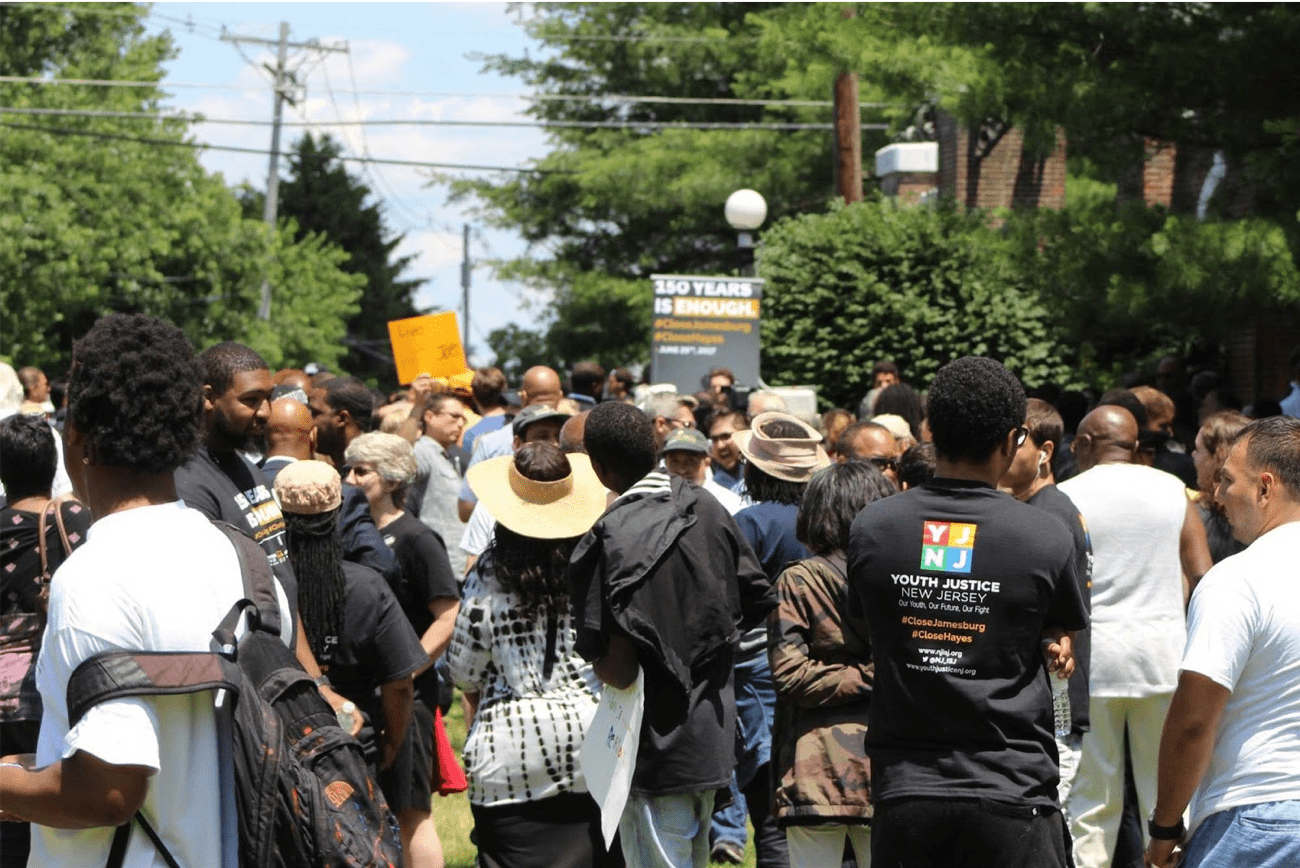 A march and gathering will be held October 27, 2018 as part of the Rally for the #94Percent movement, calling for New Jersey Governor Phil Murphy to be accountable to the 94 percent of Black voters who helped him win the state’s 2017 gubernatorial contest.

A coalition of organizations led by the New Jersey Institute for Social Justice will set off the event at 11am with a march beginning at Avon Avenue School at 219 Avon Avenue, Newark, with a rally to follow at noon in front of the Mount Calvary Missionary Baptist Church, at 231-251 Seymour Avenue, also in Newark.

Event organizers state that the mission of the Rally for the #94Percent is to call on the governor to commit to three goals:

The rally will feature several speakers, including Mayor Ras Baraka.

For more information on the march and rally, visit www.njisj.org/94percent

For more information about the New Jersey Institute for Social Justice, visit www.njisj.org 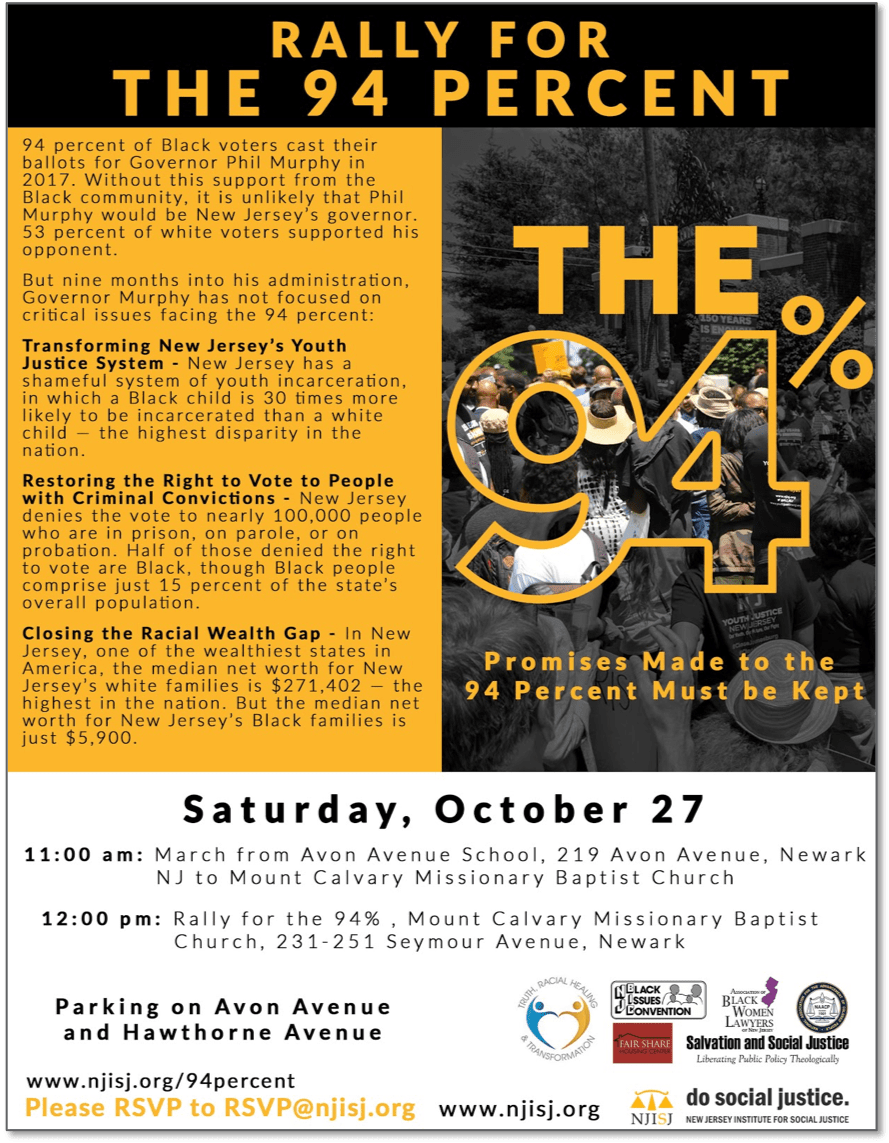