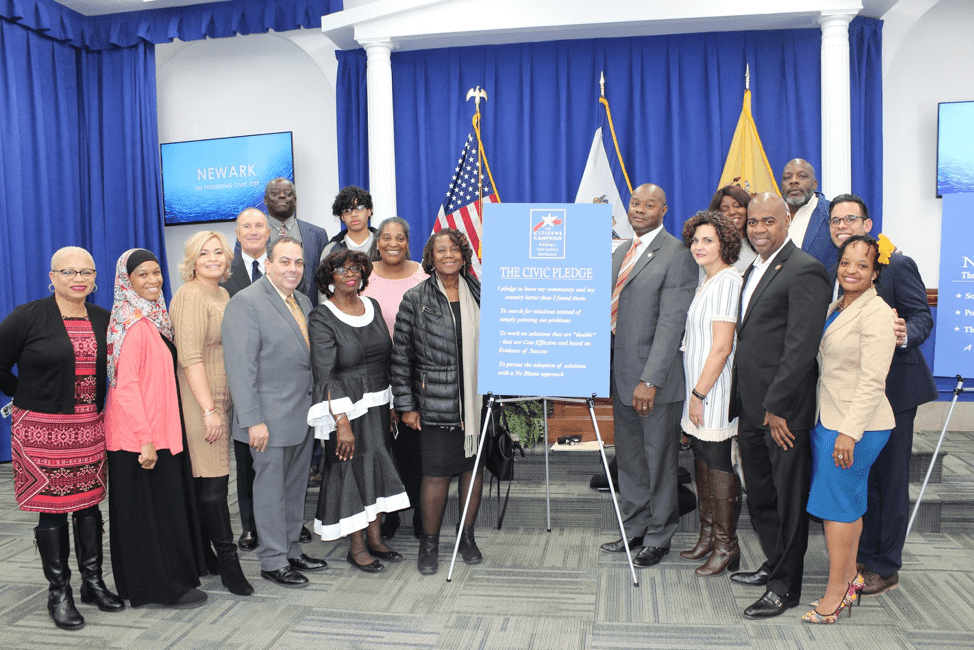 Along with The Citizens Campaign, Mayor Ras Baraka announced an initiative declaring Newark the “First Civic City in the Nation.”

The initiative, titled “Newark: The Pioneering Civic City,” plans to work with schools and colleges in the area to increase civic education, collaborate with other civic organizations to increase engagement and to provide everyday citizens with the tools and information necessary to  increase their own civic participation and understanding.

Established in 1998, The Citizens Campaign is a volunteer organization comprised of law and policy experts, civic leaders and others “dedicated to empowering citizens – students and adults alike – through citizen leadership training in no-blame problem solving and the opportunity to engage in public service without having to run for public office.”

The Citizens Campaign founder and chairman Harry Pozycki was on hand to help unveil the guiding principles behind the concept of “Newark: The Civic City.” They are:

“We believe that Newark as the first civic city in the nation will lead the way to the national civic revival we need to build a 21st century democracy from the bottom up and restore civility, service and pragmatism to America’s political culture,” said Mr. Pozycki.

Mayor Baraka pledged to do his part. “My administration has made it a priority to empower and enable all of our residents to participate in city government and civic affairs,” he said. “This is the reason we created the Newark People’s Assembly. By providing all of our residents with the opportunity to gain the knowledge and skills to be informed participants, we will become an even stronger city with an even brighter future.”

Newark Superintendent of Schools Roger León stated his approval for the initiative. “Now, all of our students will learn how to drive their government and the skills to work for a better future for Newark, New Jersey, this great country, and the world,” he said.

Rutgers University-Newark Vice Chancellor Marcia Brown echoed those thoughts, telling those assembled for the press conference, “I know that our students will benefit from gaining the skills that will help them emerge as constructive principled leaders in Newark, the state and the nation.”

Need to Know in Newark: Merry making in the city
Scroll to top