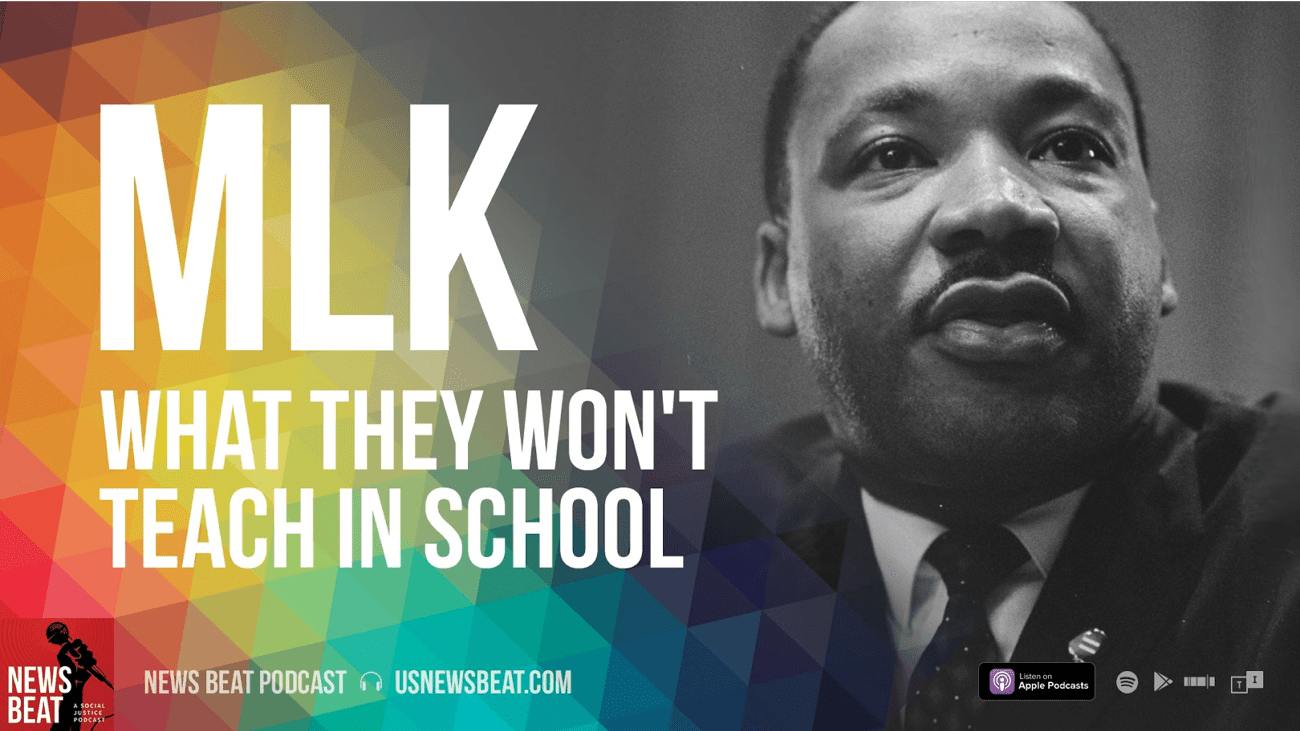 Lawrence “Larry” Hamm, civil rights activist and chairman of the Newark-based People’s Organization for Progress, was featured on an episode of the News Beat podcast titled “MLK: What They Won’t Teach In School,” providing insight regarding Dr. Martin Luther King Jr.’s last days.

“MLK: What They Won’t Teach In School” purposefully looks past “I have a dream…”, the four words Dr. King has been almost exclusively associated with over the years, to examine the policies and ideologies he was advocating for during the last years of his life, particularly regarding the Poor People’s Campaign, a movement seeking economic justice for all of the nation’s poor and working class.

“He said that he wanted to take a million people to Washington, D.C.,” Hamm explains. “He said, ‘I want to take the Negroes from the ghetto, the Indians from the reservations, the poor whites from Appalachia, the Latinos from the barrios, and they were going to go to D.C. and engage in massive civil disobedience until Congress passed an Economic Bill of Rights… For everybody.” 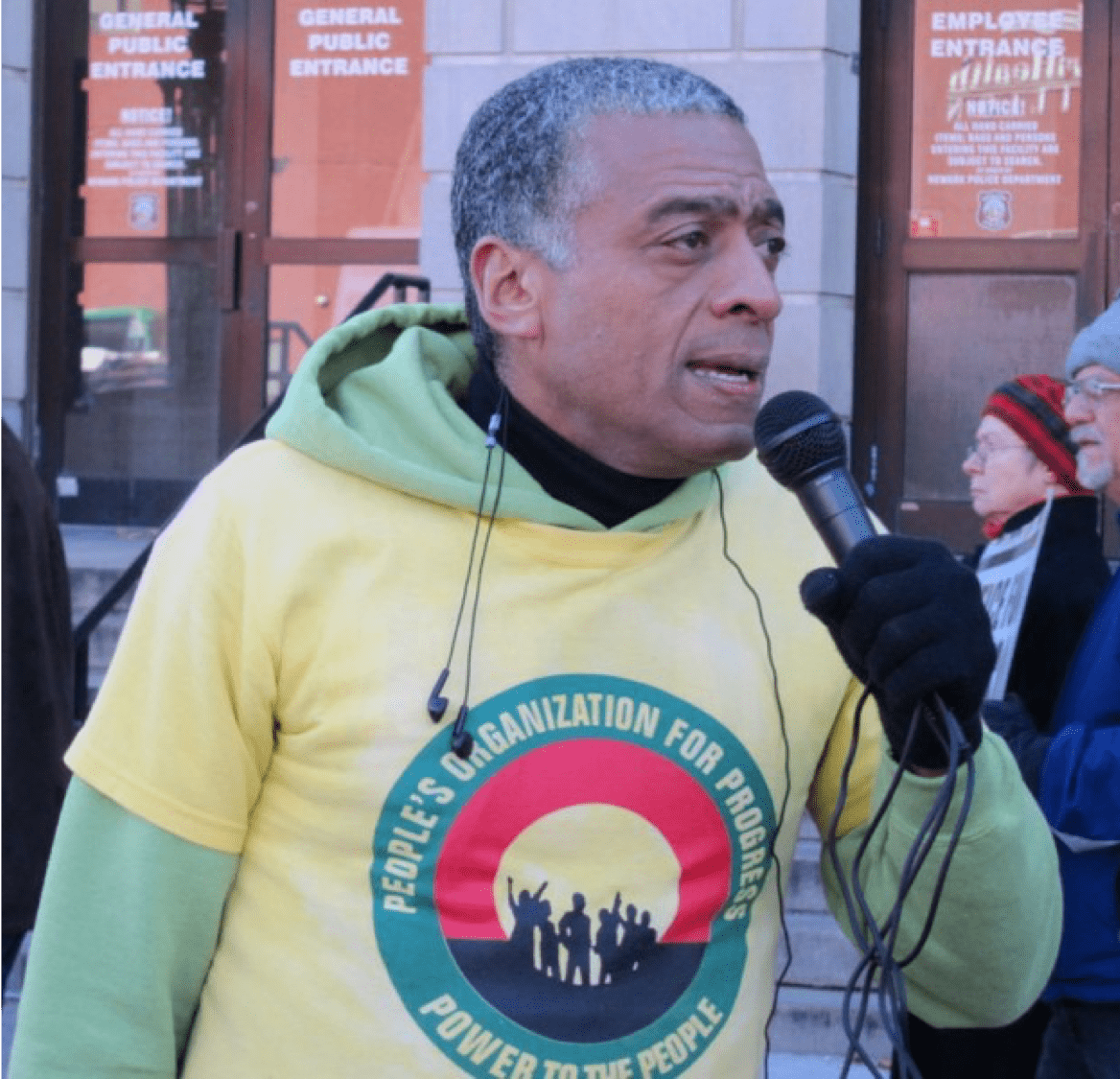 Reverend Williams echoed the sentiment that Dr. King’s legacy was much more than his seminal speech. “It seems the entire legacy of this man has been instilled into those four words, packaged and spoon-fed to the public,” he says. “We’re doing a disservice to our children by striking a single note over and over again, expecting them to hear the entire symphony.”

The voices in the episode acknowledge that while the March on Washington and Dr. King’s iconic words were vital to the civil rights movement, equally important was his increasingly aggressive philosophy regarding the U.S. government’s treatment of all its disenfranchised citizens. It was this philosophy that inspired the launch of the Poor People’s Campaign, which Dr. King felt could truly lead to a significant change in America. Instead, the episode argues, it was more than likely what got him killed.

“I think what scared the establishment was Dr. King connecting the dots that economic mobility equated to political power,” Reverend Williams reflected somberly.

Hamm summed up the whitewashing of King’s more revolutionary teachings by pointing out the irony of the holiday associated with his legacy.

“King’s writing, particularly in the last two years of his life, are particularly relevant,” Hamm points out. “Why do we have a Dr. King holiday,” he asks, “and none of the six books that Martin Luther King wrote are required reading in any public school?

“What’s the sense of closing the school, if the children, the young people, the students, are not going to know what he stood for?”

News Beat is a social justice podcast, blending hard-hitting journalism with music and original hip-hop lyrics by independent artists to create compelling mini-audio documentaries which examine stories of injustice and infringement on civil liberties. Topics have included the movement to close youth prisons (featuring James Williams of the Newark-based New Jersey Institute for Social Justice), the ongoing ‘colonization’ of Puerto Rico, incarcerated women and the #metoo movement, and the U.S. government’s war on press freedoms. 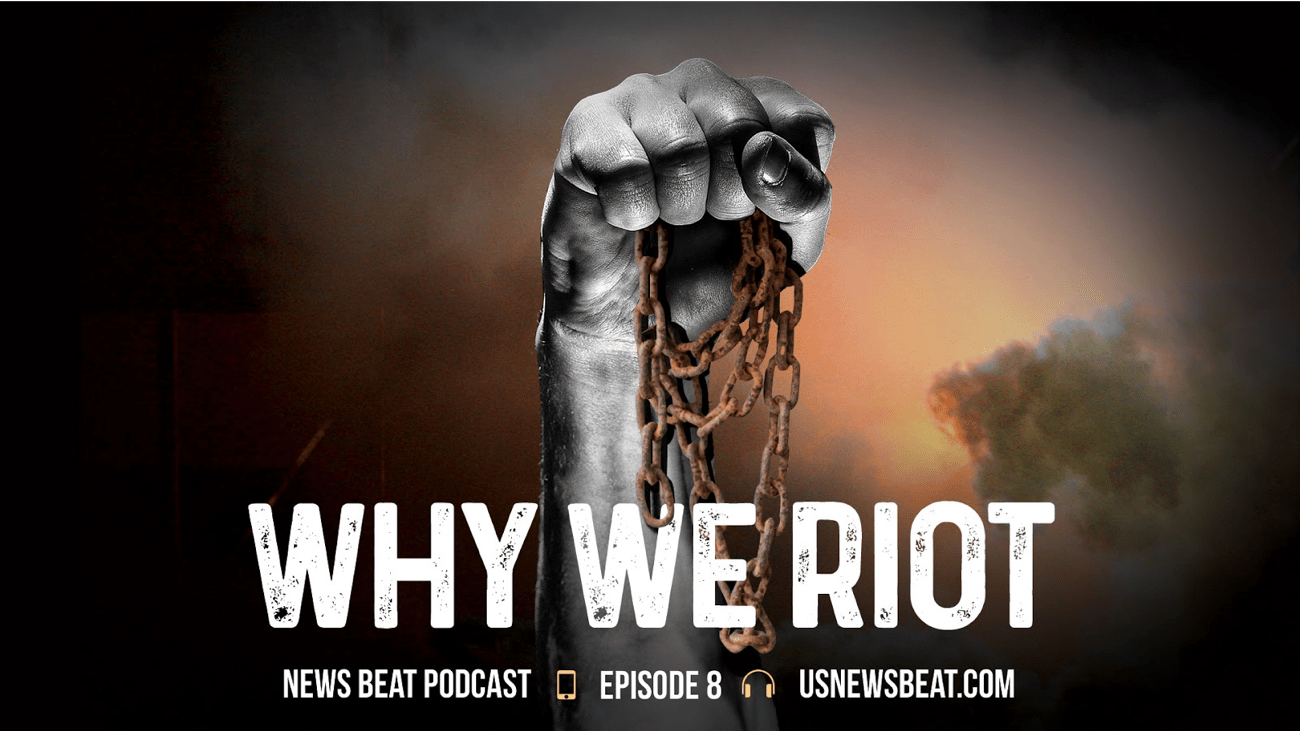 News Beat won the prestigious Best Podcast award in 2018 from the New York Press Club for the episode, “Why We Riot,” which examined the history of civil uprising in the face of racism and oppression. The episode also featured Hamm, who detailed his experience as a young boy during, and after, the 1967 uprising in Newark. Joining Hamm on that episode were activists Dr. Cornel West and Rosa Clemente, along with New Jersey-based Silent Knight and The Band Called FUSE providing the original music and intense lyrics which punctuated the message of the episode.

For more information about News Beat, to hear other episodes, or to read an extended feature story that accompanies each episode, visit www.usnewsbeat.com.