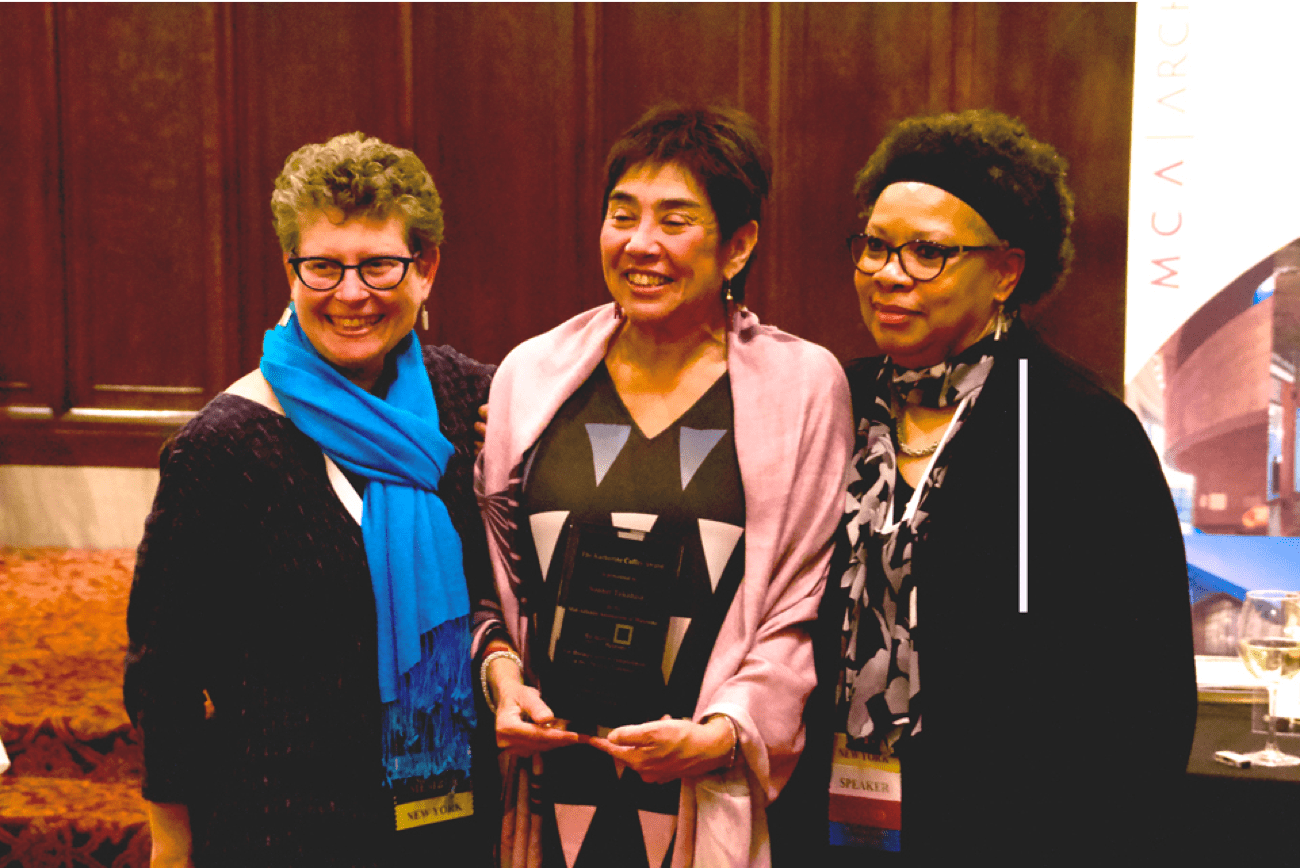 Sonnet Takahisa, Newark Museum’s Director of Strategic Education Initiatives, has been awarded the Katherine Coffey award by the Mid-Atlantic Association of museums, celebrating her distinguished career and numerous important contributions to the museum industry.

The award is named after Newark Museum’s fourth director, who served for 43 years until her retirement in 1968. Gretchen Sorin, President of the Association, calls the award “the highest honor in the Mid-Atlantic region and one of the most prestigious awards in the museum profession.”

Takahisa joined Newark Museum in 2014, the latest in a long series of museum-related posts. She was previously with Boston’s Children Museum, Seattle Art Museum, and the National September 11 Memorial & Museum, and was founding co-director of The NYC Museum School, which received acclaim for using a “Museum Learning” model to engage middle and high school students.

At Newark Museum, she launched the MakerSPACE, dedicated to the convergence of art, science and technology, and helmed several other popular programs, including the Museum’s Late Thursdays and Second Sundays event series. The result has been revitalized programming efforts focused on diversity and community.

“Sonnet brings an impressive record of innovation to the Newark Museum,” said Stephanie Glickman, Chair of the Museum’s Education Committee. “She has a keen ability to excite and engage the Museum audience. Her engagement with the interpretation of the collection has helped take us to the next level regionally and nationally.”

Need to know in Newark: Tuesday’s city-wide referendum on an appointed vs....