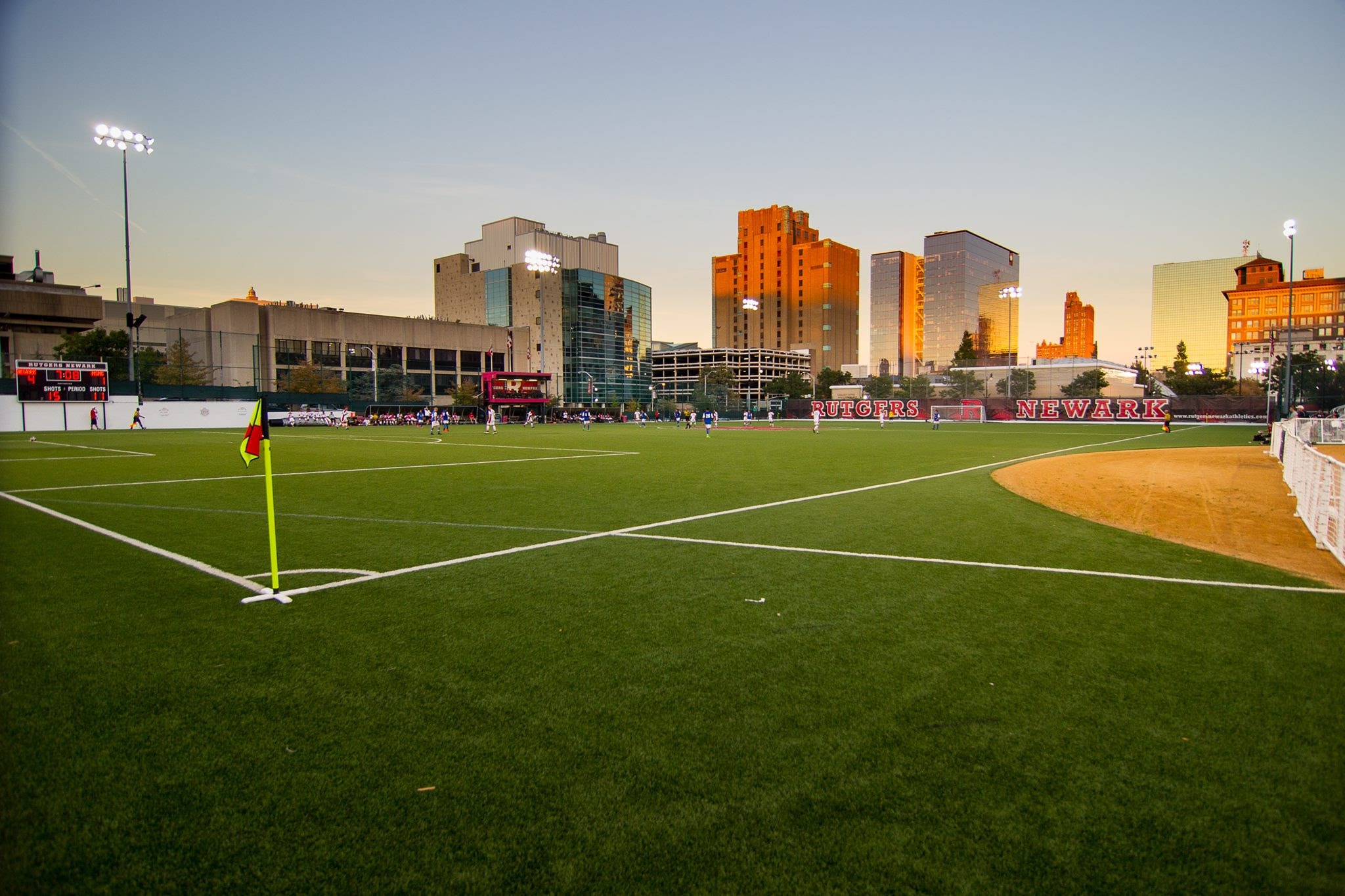 Rutgers-Newark’s Board of Governors recently voted in favor of renaming this field in honor of 19th-century abolitionist Frederick Douglass, who delivered a speech here in April of 1849. Photo courtesy Rutgers-Newark.

The renaming, approved yesterday, commemorates the famed abolitionist’s recently discovered connection to the site. On April 17, 1849, Douglass delivered an address at Newark’s First African Presbyterian Church, formerly located on University Avenue (it was Plane Street then) near Warrent Street.

Douglass’s connection to the city was uncovered, according to Rutgers-Newark, by both Noelle Lorraine Williams, a graduate student at the school, and local researcher Todd Allen. The school’s Board of Governors ratified the decision yesterday, and new signage bearing Douglass’s name will soon grace the site.

The discovery further enhances the significance of the area to local history. The site of the church, which was owned by former Rutgers president Theodore Frelinghuysen, was part of a larger community of African-American institutions that also included a school, civic organizations and other churches, according to information documented by both Williams and Allen. And it was close to 77 Warren Street, which is believed to have been the only Newark site along the Underground Railroad, the covert network of routes and safe houses that enabled enslaved people to escape to freedom in the 19th century.

Allen had an opportunity to collaborate with Douglass’s great-great-great grandson, Kenneth B. Morris, Jr., in the course of doing his research. Now a group of historians at Rutgers-Newark are considering more ways to celebrate Douglass’s ties to the city, including a possible event in April of 2019 that would showcase the pioneering abolitionist and his contributions to social justice–including anti-slavery activism and women’s rights. The date will mark the 170th anniversary of Douglass’s appearance at the former church site.