Almost had it all

Review: ‘Whitney’ unpacks the rise and demise of a pop powerhouse 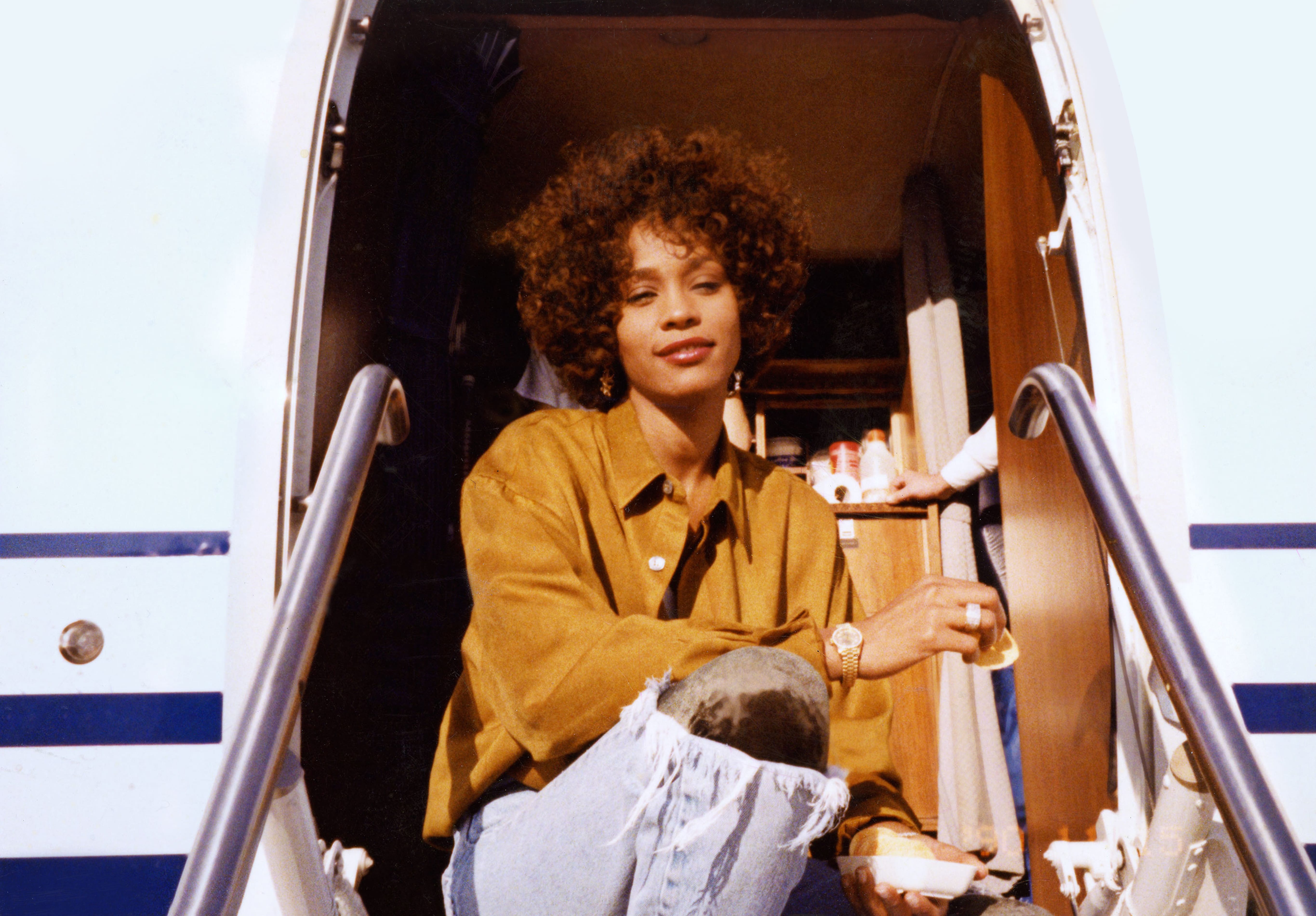 Growing up in New Jersey in the mid 80’s and 90’s, Whitney Houston represented a beacon of hope.  If a young, Black girl from the Bricks can go on to sell millions of records and become a leading lady on screen, then why couldn’t others achieve comparable heights of success? Legions of grammar school students of that era from coast to coast sang Houston’s rendition of the “Greatest Love of All” during school assemblies when the song was a huge hit. With her million-dollar smile that could light up any room and a powerhouse voice from God, Whitney Houston was a huge star with a big voice primed for success. And with more than 200 million records sold worldwide, the Newark, New Jersey native was the only artist in history to chart seven consecutive U.S. number one singles.

In director Kevin Macdonald’s new documentary, Whitney, which makes its U.S. debut today, Macdonald takes viewers on an emotional rollercoaster chronicling the rise and fall of America’s former pop princess, whose life came to a tragic end when her body was found in a bathtub in Beverly Hills on February 2012, one night before that year’s Grammy Awards.

Macdonald, who won an Oscar in 2000 for the documentary One Day in September, used intimate interviews, archival footage and performance clips to tell the story. The films situates viewers in the early- to mid-80s with a montage of landmark news coverage from the time, interpolated with a clip of Houston’s first television performance on the Merv Griffin show in 1983.  Whitney Houston arrived on the scene when MTV didn’t give much airplay to Black artists except for Houston and her peers Michael Jackson and Prince, who all transcended cultural divides with their music. You hear Houston’s voice early in the film without seeing her, which gives the documentary a surreal feel, as if Houston were still alive to tell her own story—even as we know that her life didn’t have a fairytale ending.

Houston’s life was more than just music and tabloid fodder, she was a woman with an anointed voice who broke records, sold out stadiums, and whose rendition of the National Anthem became a hit record.


Throughout the film, Macdonald attempts to answer the question of why a woman with such talent and promise dimmed her own light by abusing drug and alcohol. Through interviews with several key friends, family, colleagues, and Houston herself, Macdonald tries to piece together an answer. MacDonald gives viewers a glimpse into Houston’s life behind the scenes through series of interviews from Houston’s family members, such as her mother, gospel great Cissy Houston; sister-in-law and former manager, Pat Houston; and Houston’s two brothers, Gary and Michael. One of the revelations of Whitney was that Houston was sexually abused as a child by her cousin, singer Dee Dee Warwick, Dionne Warwick’s younger sister. (Dee Dee Warwick passed away in 2008.) Viewers may also be shocked to learn the animus Whitney Houston’s only child, the late Bobbi Kristina Brown, developed toward her mother, given the public support Brown showed for her mother in various interviews over the years.

What makes Whitney different from Nick Broomfield’s 2017 film Whitney: Can I Be Me?, which originally premiered on Showtime and also examined Houston’s life, is that Macdonald’s Whitney was created with the cooperation of Houston’s estate, which granted him access to exclusive interviews from the family and the license to use Houston’s music in the film.

Whitney comes to life through candid interviews with the likes of Houston’s former longtime hairdresser, Ellin LaVar, and thoughtful editing, which creates a tragic immediacy for the viewer as Whitney’s final hours are described towards the end of the documentary. Houston’s ex-husband, legendary R&B artist Bobby Brown, also makes an appearance in Whitney. But since he refused to talk on camera about Houston’s drug use, stating that it wasn’t the drugs that killed his ex-wife, his interview didn’t add much to the narrative. Macdonald’s documentary could have benefitted from more comprehensive interviews with Houston’s co-stars on films like Waiting to Exhale or The Preacher’s Wife. Houston herself said that it was during the filming of The Preacher’s Wife, co-starring Denzel Washington, when her addiction to drugs became a daily habit.

Also missing from the documentary is an interview from Houston’s former personal assistant and best friend for many years, Robyn Crawford. For years, it was rumored that Houston and Crawford were involved in a romantic relationship, but save for an essay Crawford wrote in Esquire in tribute to Houston shortly after her death, the public has not heard from Crawford, who Houston’s brother Michael described as an “opportunist” when Crawford’s and Houston’s relationship was mentioned in the documentary.

Watch Whitney, and you’ll see up close a portrayal of the damage drug addiction has on the person caught in its grips, and the impact it has on a family and on a community. “In the end there was no vanity. No drive,” one of Houston’s associates says, describing the singer’s attitude towards the end of her life. That reality is brought to life to devastating effect in the film: a photo of Houston in a convenience store wearing a full-length fur coat, disheveled wig and holding a carton of Newport cigarettes. Video footage of Houston singing overseas during her last concert tour, which loved ones and associates advised her not to do, was almost unbearable to watch: her voice was shot, you wish she got the care she so desperately needed, and you know how this story is going to end.

You don’t have to be a fan of Whitney Houston’s music to appreciate her life story. With a voice once described as a “national treasure,” Houston gave much to the world in terms of her musical gifts and financial contributions to charity throughout her life. Whitney, just like the brilliant documentary Amy that chronicled the life of late soul singer Amy Winehouse, shows that no matter how rich, famous, and talented someone is, the disease of addiction does not discriminate.

Alex Holyoake Voices Up: Summit organizers hope to jumpstart a tech wave – with Newark at...
Scroll to top