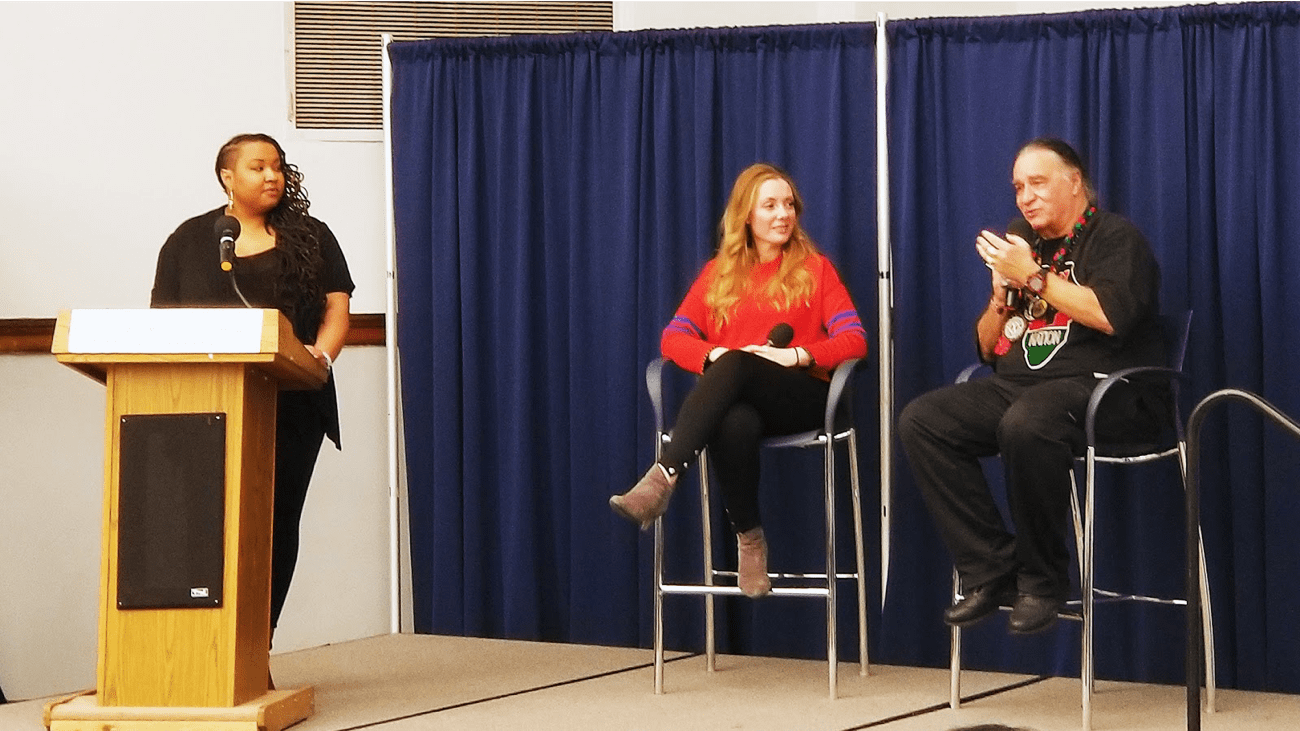 As part of its Black History Month celebration, the Newark Library unveiled a new exhibition, “The World Is Yours – Hip-Hop: Newark and Beyond,” which will run through April 30, 2019. The exhibition kicked off with a grand opening event on Thursday, February 7, featuring a panel discussion with two renowned visual documentarians, journalist, author, and curator Vikki Tobak (Contact High: A Visual History of Hip-Hop) and veteran photographer and author Ernie Paniccoli (Hip-Hop at the End of The World).

Throughout the second-floor gallery of the library, memorabilia and documents celebrating the rich, multi-dimensional history of hip-hop adorn display cases and walls, highlighting the culture’s various artistic elements. Photographs and writeups detail many aspects of hip-hop history, spotlighting DJs, rappers, women in hip-hop, graffiti and dance, and the vast assortment of musical and cultural influences which led to the formation of the genre and its associated culture. 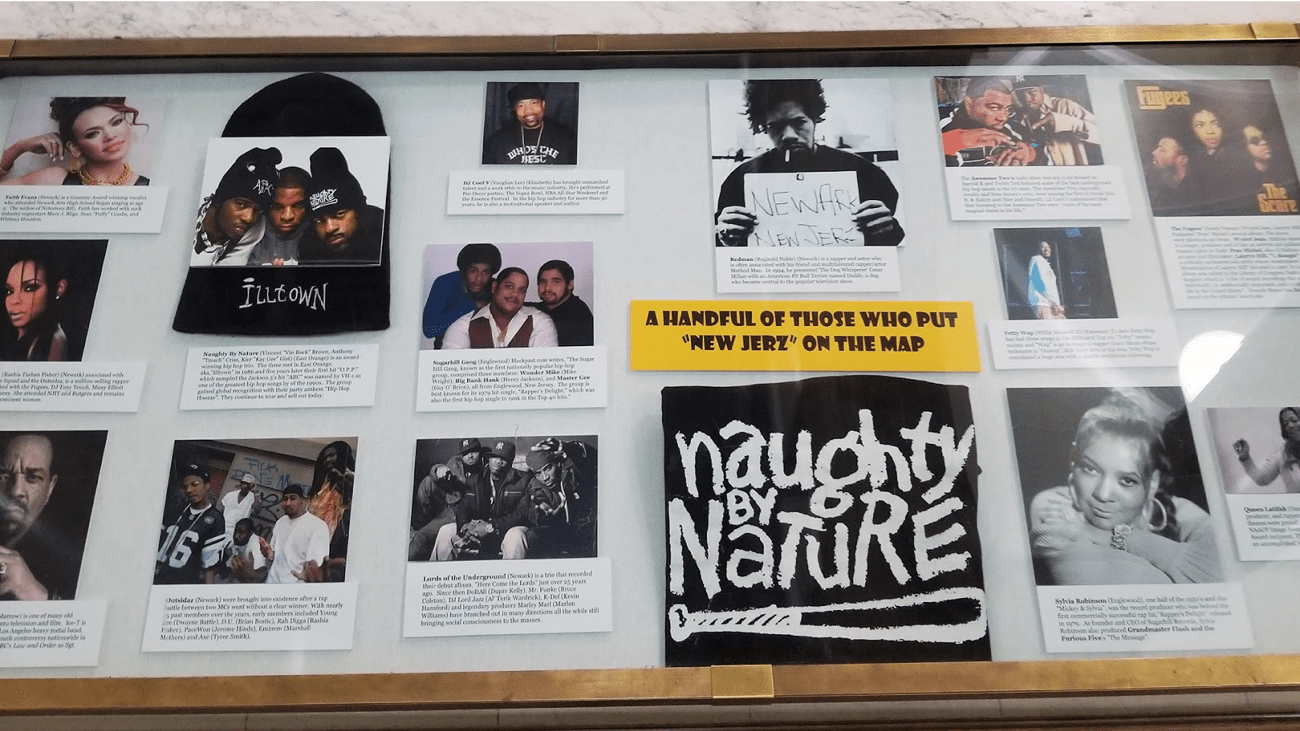 Hometown heroes from hip-hop history are celebrated in the exhibit as well, with one section spotlighting artists with Newark roots. Queen Latifah, Redman, Lords of the Underground, Wyclef Jean, Outsidaz, Faith Evans, Rah Digga and Ice T are represented, as well as other iconic figures and groups hailing from around the Garden State, including Lauryn Hill, Naughty By Nature, DJ Cool V, The Awesome 2, Fetty Wap, Sugarhill Gang and the record executive who helped launch rap into the mainstream, Sylvia Robinson.

Inside the newly re-christened James Brown African American Room, the audience for the grand opening event was diverse, with fans of the genre mingling with those less familiar with, but clearly supportive of the idea that hip-hop history is an important aspect of American history. Library director Jeffrey Trzeciak proudly nodded to this purposeful mission, touting the library’s interest in “doing things a little different,” while exhibition curator and JBAAR librarian Dale Colston personified the spirit of the evening, sporting a classic RUN-DMC t-shirt with the Adidas sneakers made famous by the group, in a visual testament to the library’s commitment to highlighting cultures and communities which are often excluded from traditional institutions. 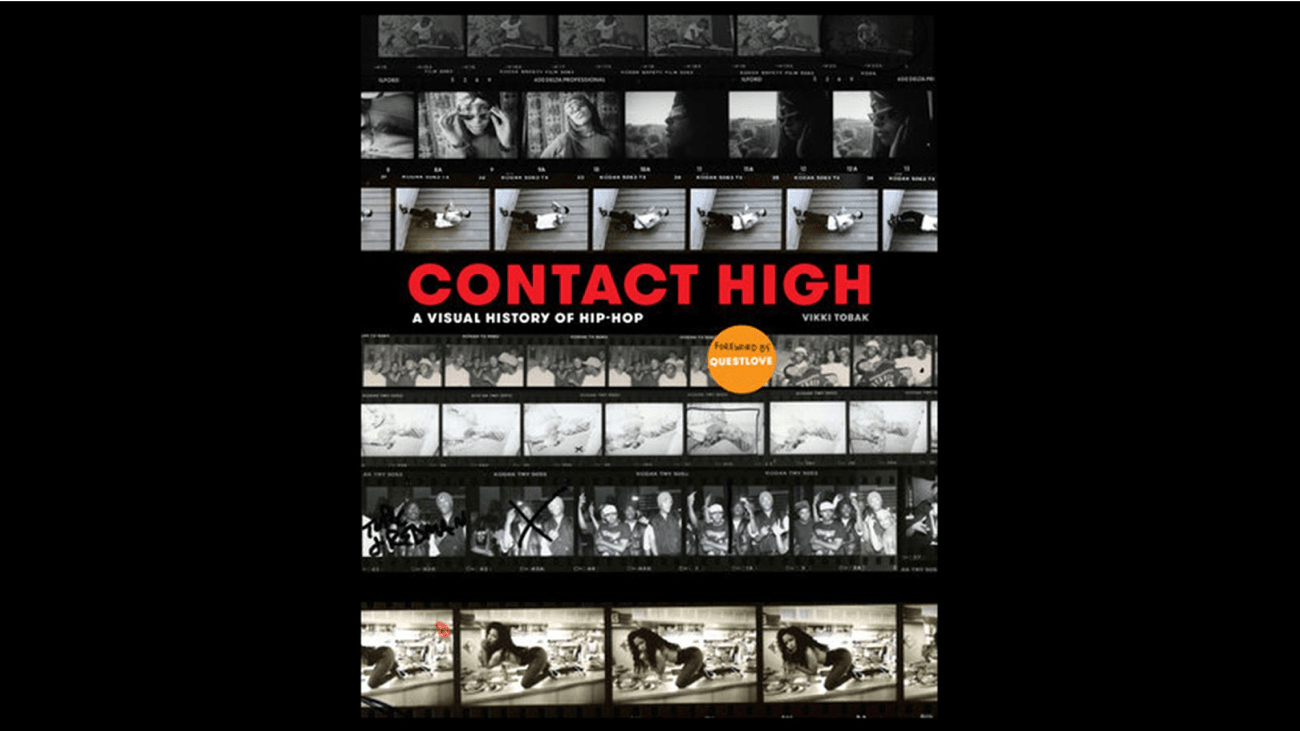 The combination discussion, Q&A session and slideshow presentation, was moderated by Fayemi Shakur, writer, cultural critic, curator and visiting lecturer at Rutgers University-Newark’s Department of Art, Culture and Media. Shakur led the panelists through a vivid walk down memory lane, who highlighted the stories behind photographs from Tobak’s Contact High, many which have become quintessential images from hip-hop’s historical tapestry. Photos, including several from Paniccioli, highlighted the early years of artists who would go on to become worldwide icons. Tobak’s focus on the “contact sheets” of official photo shoots, adds a warm, personal depth to the artists, as candid unused images that may not have made the final cut offers a seldom-seen glimpse into the lives of those who became larger-than-life figures. They included artists such as Tupac Shakur, The Notorious B.I.G., Salt n Pepa, Eric B. & Rakim, Nas, Fab 5 Freddy, Lauryn Hill, Big Daddy Kane, Lil’ Kim and Public Enemy, as well as images spotlighting the swirling times surrounding hip-hop’s early days in 1970s New York City, taken by renowned photographers such as Jamel Shabazz, and Joe Conzo, Jr. 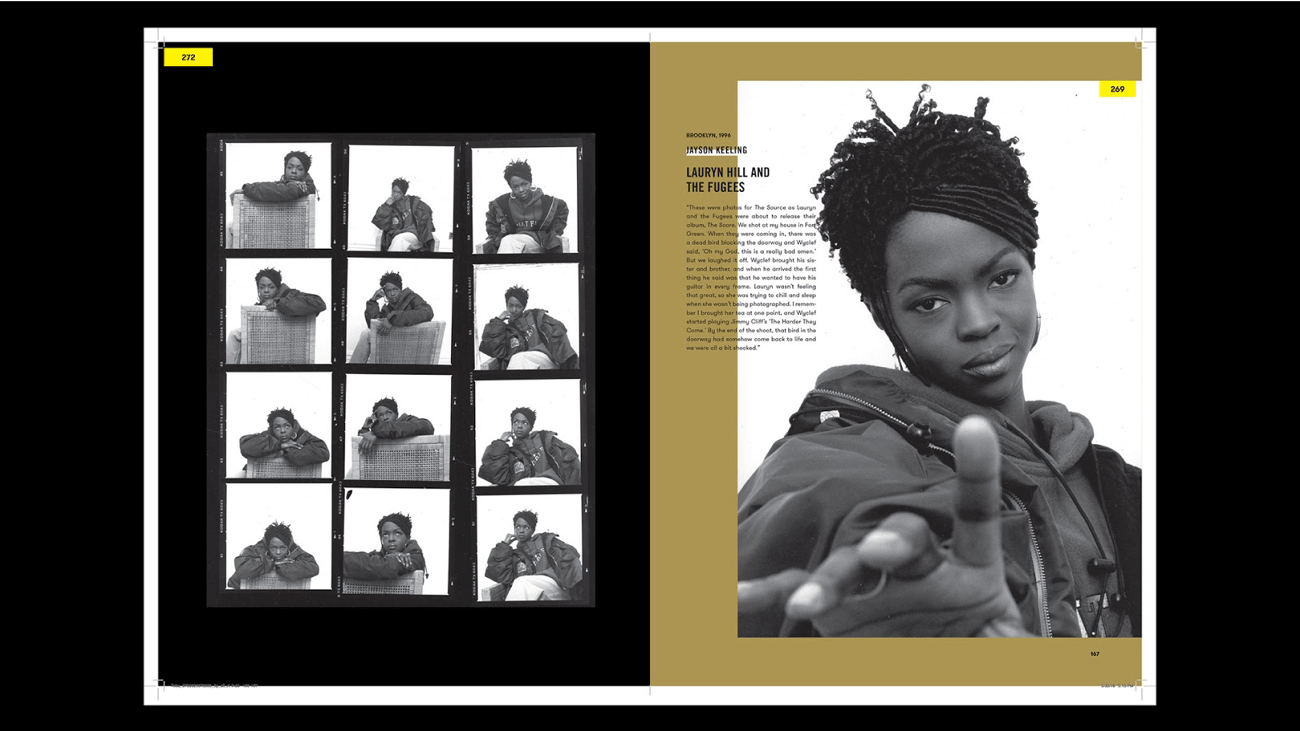 In addition to telling poignant and often humorous behind-the-scenes stories, Tobak and Paniccioli spoke of the importance of books like theirs, and exhibitions like The World Is Yours, reminding some, and educating others that there are valuable nuances within hip-hop culture which are all-too-often squelched or erased by the lucrative, mainstream attention the genre has commanded over the decades, a sentiment which resulted in emphatic applause from hip-hop advocates in the audience. 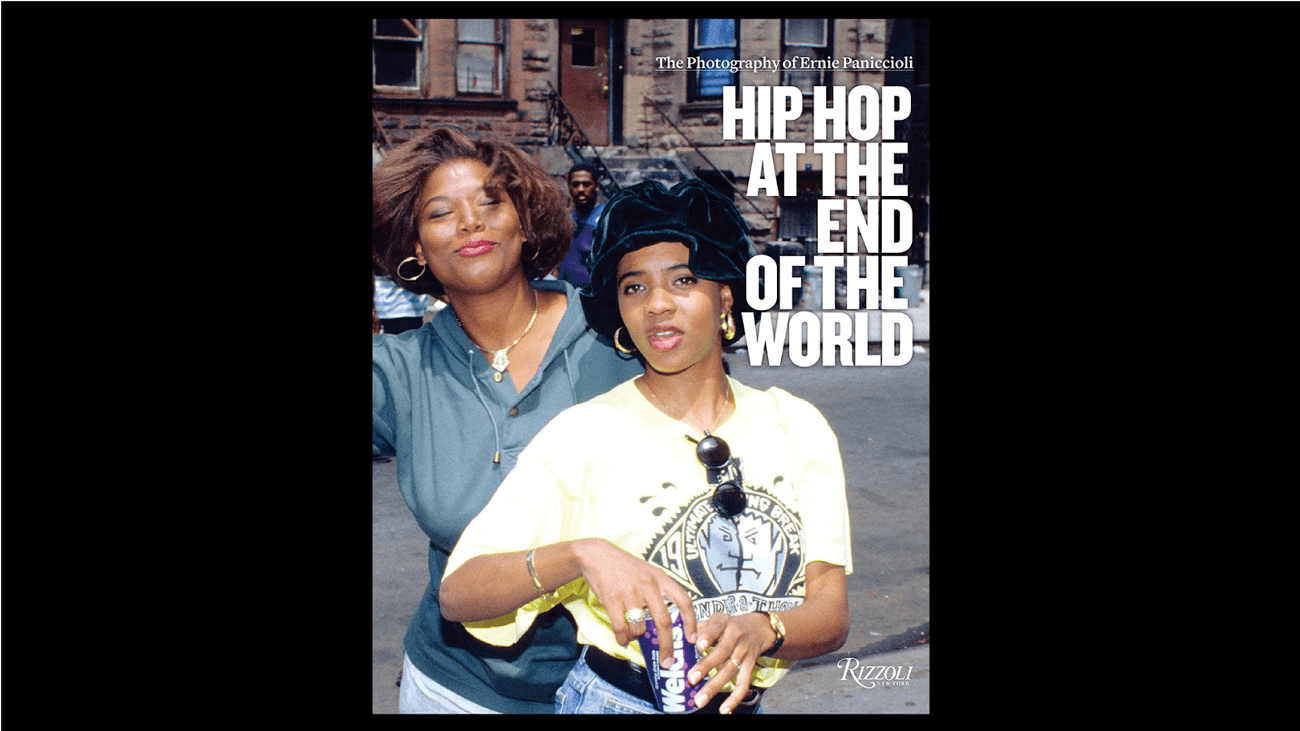 To support the idea that the genre doesn’t have to remain shackled to corporate-controlled narratives, the grand opening event didn’t only dwell on history. Rap’s current generation was well represented through an enthusiastic performance by Montclair’s Samad Savage. Samad kicked off the event by running through several of his songs, displaying a spirited combination of substance and style, crowd participation and thoughtful dialog, proving that there are indeed modern practitioners of the genre who continue to utilize the art form to inform and educate, as well as entertain. 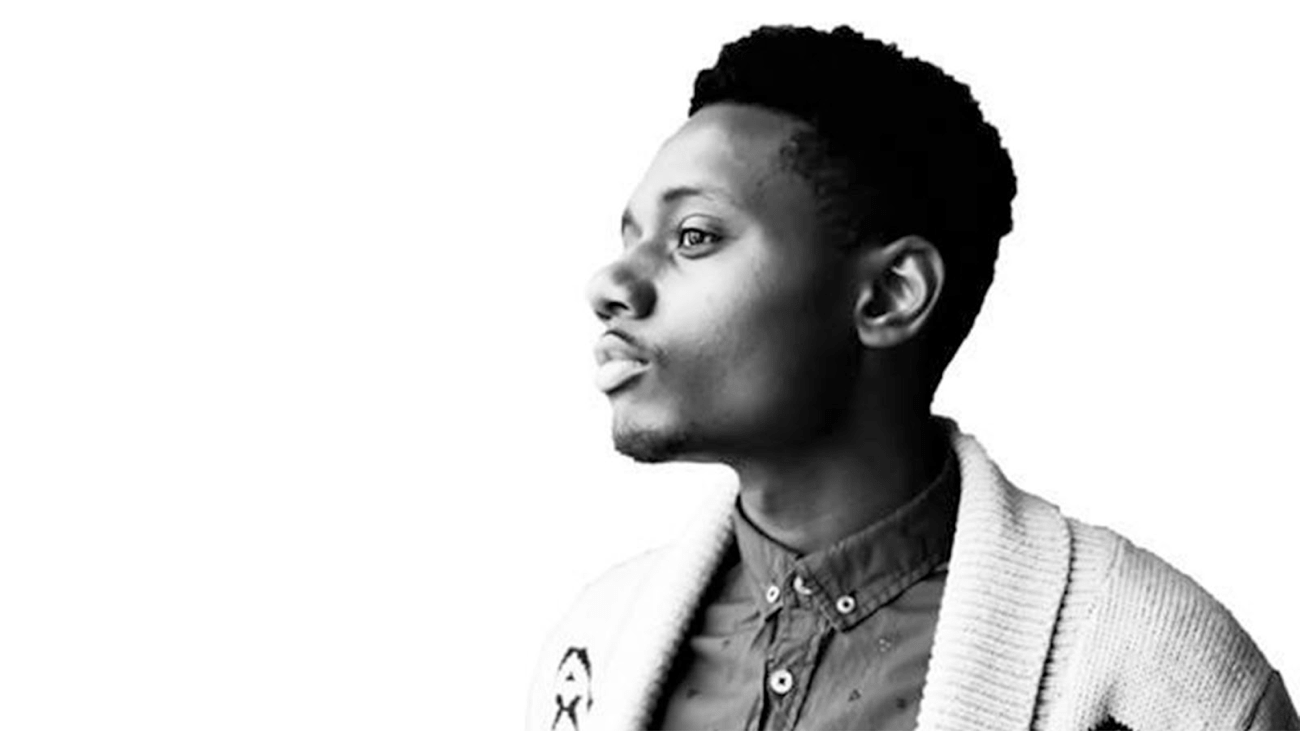 Attending the presentation were officials from the PNC Foundation, which sponsors the Black History Month events at the Newark Library. Linda Bowden, New Jersey Regional President of PNC Bank, spoke about the longtime partnership. “We are so proud that this is our twelfth year sponsoring Newark Public Library’s Black History Month celebration,” she said during opening remarks. “It’s something we are thrilled to be doing and we are honored to be here.”

The grand opening event was one of several hip-hop-related programs that took place during the exhibition’s opening days, including a hip-hop dance workshop and a panel discussion on Hip-Hop: History, Activism, and Entrepreneurship, demonstrating the library’s dedication to not only the entertainment aspects of hip-hop culture but its powerful, positive influence on other areas of society at large.

Hip-hop-related events will continue throughout the month, with a hip-hop film festival scheduled for Saturday, February 16 from 12 noon until 5 p.m. (Beat Street, Krush Groove, Wild Style, The Hip Hop Project), alongside the library’s African-American Day Celebration (11 a.m. until 4 p.m.), and an after-work hip-hop dance party, slated for Friday, February 22 from 5:30 p.m. until 10:30 p.m., led by Newark native DJ Wallah (Hot 97).

To see and hear more from Samad Savage, including his 2018 debut album The Grey Area, visit www.samadsavage.com

To learn more about Vikki Tobak and Contact High: A Visual History of Hip-Hop, visit www.contacthighproject.com

For more about Ernie Paniccioli’s book “Hip-Hop At The End of the World,” which includes never-before-seen photographs of hip-hop stars from his decades-long career, visit him on Facebook or Instagram