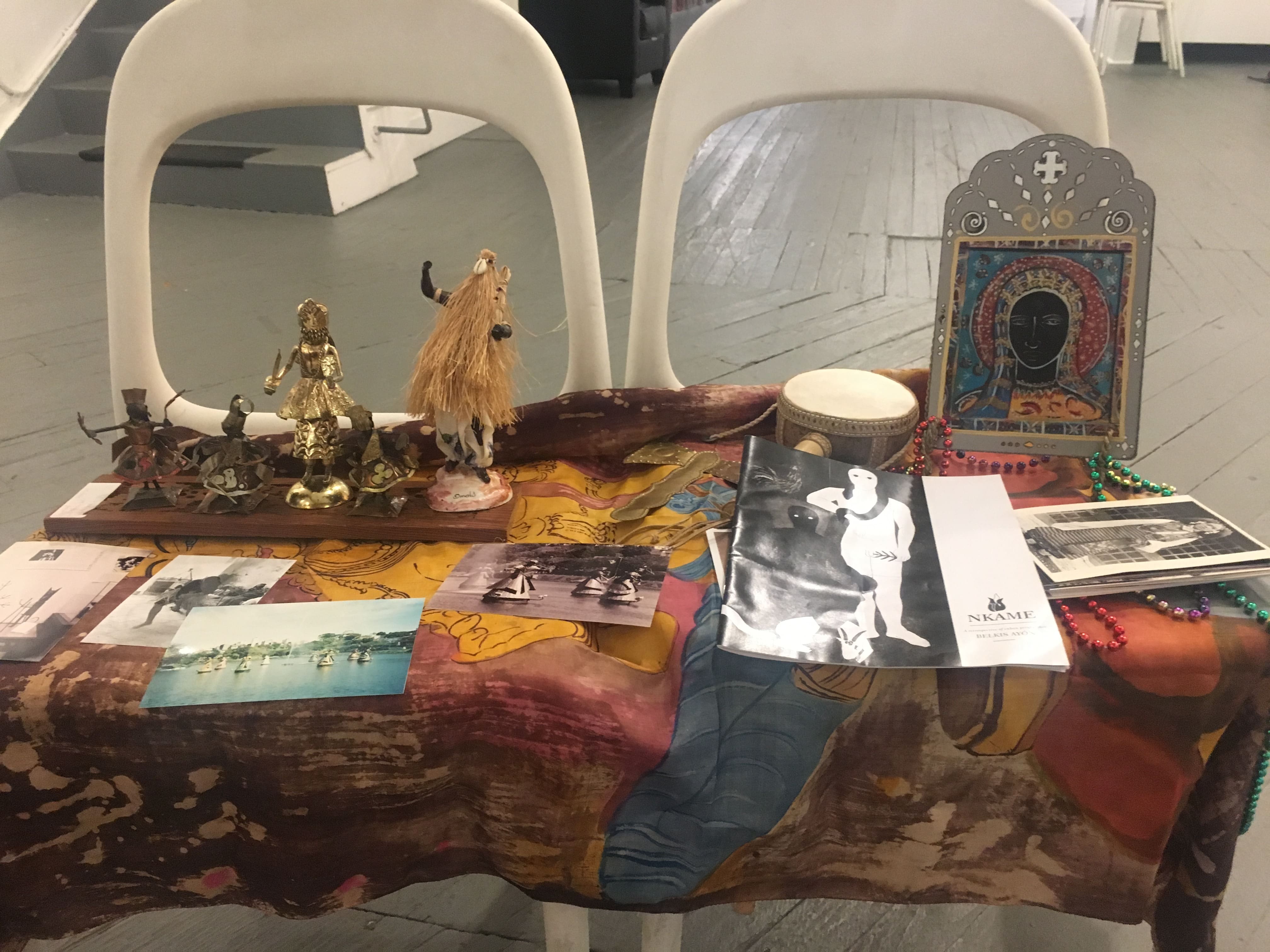 Science fiction is often used as a platform to understand the strangeness of the human condition. From Frankenstein to Star Wars to Parable of the Sower, the genre offers space to grabble with the politicization of race, class, and gender through the veil of fantasy.

As Tomi Adeyemi writes in the author’s note of her novel Children of Blood and Bone, the fictional world she created reflects the current political climate surrounding police brutality against black Americans: “if you cried for Zulaikha and Salim, cry for innocent children like Jordan Edwards, Tamir Rice, and Aiyana Stanley-Jones… if your heart broke for Zelie’s grief over the death of her mother, then let it break for all the survivors of police brutality who’ve had to witness their loved ones taken firsthand.”

Her intention for the book is part of the reason Children was the August book choice for The People’s Book Club at Gallery Aferro (Market Street). The group picks a different book every month that’s written by women and/or people of color. This book club aims to be inclusive, intersectional, and productive in terms of understanding how identity shapes people’s experiences. They meet up on Saturday afternoons at 2pm. It’s a casual place to talk about books and culture.

One of the first things we discussed this past weekend was the importance of empathizing with characters you might not like otherwise. Children is a young adult novel that follows four young adults–two sets of siblings–through their mission to save magic. Because the story is passed around from person to person, you are forced to deal with people like Inan, the king’s son, who harbors a lot of self-hatred. But his logic prompted us to think about his symbolic, political role in the story. He joins the rebel group (which includes his sister), but he eventually returns to his father’s side with only slightly less problematic views of magic than before. We considered the possibility of him being a political liaison or maybe just a person who only thinks they’re speaking from both sides.

Beyond traditional political allegiances, physical markers of ancestry, like skin tone and hair color, double as social markers in the book. People are judged for their skin color, mostly in terms of labor as it translates to class. A dark-skinned person is assumed to be someone who works outdoors and is, therefore, lower class. Amari, the daughter of the king, is warned early on about protecting her skin from the sun to ensure courtship. In terms of hair, Zélie, the main character, can’t really hide that hers is white, which proves she has magic and makes her a target. Biases against these physical attributes threaten people’s safety in ways that reflect similar prejudices in American culture.

Our conversation eventually drifted to the reception of the book. It’s received a lot of critical attention and is in the process of being turned into a movie. We talked a little about possible directorial choices for certain scenes. The book is the first of an ongoing trilogy with two other parts coming out in the next few years. We considered some of the various narratives gaps, like the King’s genealogy and background on Zélie’s brother, Tzain, which seem to be purposefully left out to make room for two more books.

Some valuable background information was also provided by one of the book club members, Diahann. She previously visited the same areas of Brazil that Adeyemi researched for the book and displayed some of those artifacts and pictures. She also introduced us to the work of an artist named Belkis Ayón, who created art while living among a secret society in Cuba. Connecting work done by artists like Ayón and Adeyemi showed how stories of indigenous and religious survival are constantly being told and retold.

Children is a book that has been on my radar since before it came out earlier this year, so I’m happy the book club encouraged me to finally pick it up. Reading and talking about this book right before the school season started made me think about a few bigger things like traveling more, our ability to revise reality, and listening better to young people.