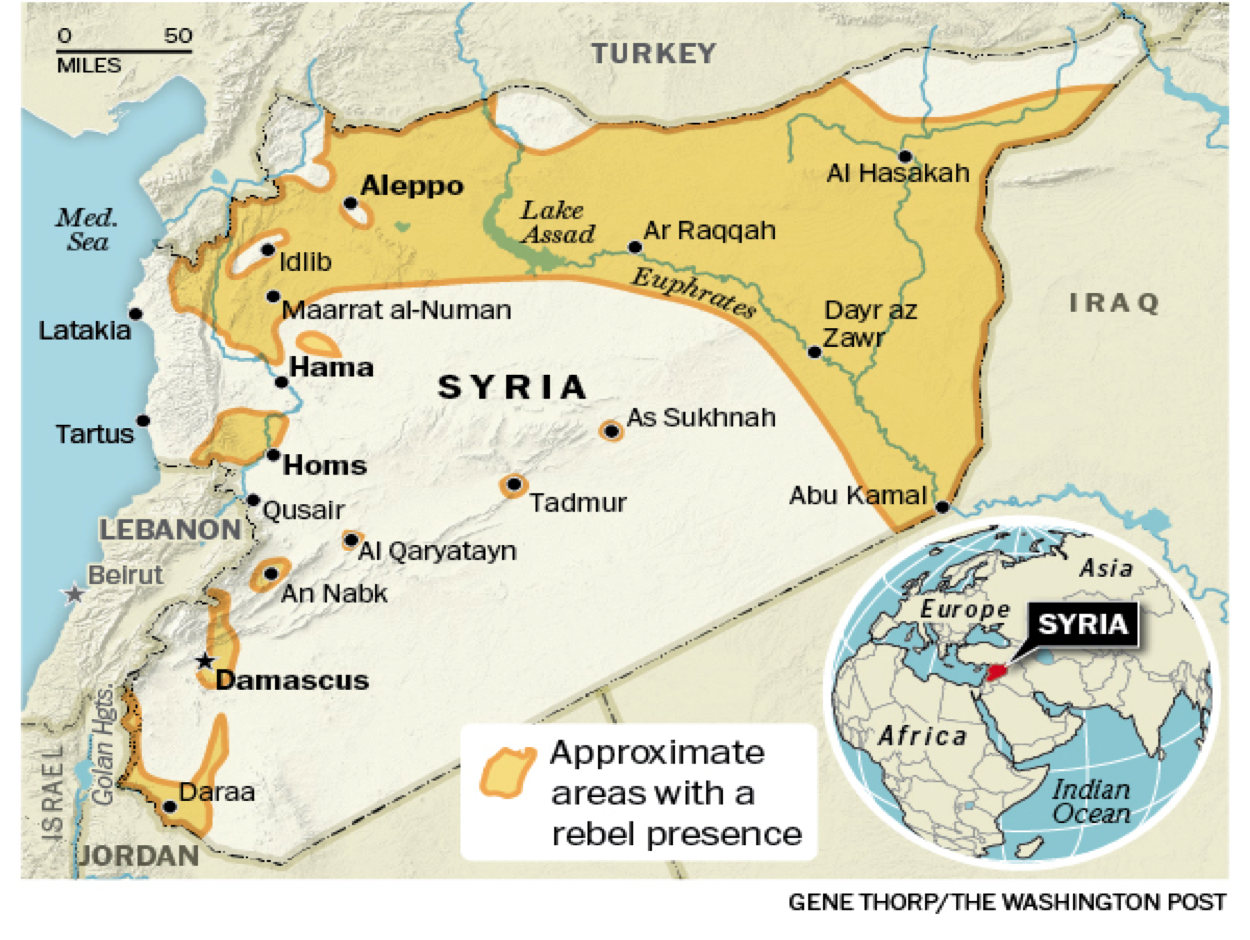 This week, we’re 1) contemplating an even tougher-than-normal couple weeks in Newark, using one of our original stories to shed light, 2) continuing to bone up on the fundamentals of the conflict in Syria, 3) keeping an eye on the potential perils of living near airports, and, since those first three topics are so grave, 4) remembering to check out TedX NJIT this coming Thursday, September 12, and 5) running, not walking, to get some locally grown peaches before it’s too late.

According to BrickCityLive’s article “Theory of violence: Newark debates where to start to make it stop“, Operation Ceasefire co-founder David Kennedy says it’s not what a lot of people think. “While it would be great if the community could get rid of the drug economy, vanquish poverty, improve education and dismantle street gangs, those were not prerequisites for reducing violence.”

What patterns did they find when they looked closely at the circumstances surrounding acts of gun violence?

First, that most murders are committed by a relatively small number of very active offenders. Second, that while people involved with the drug economy were associated with a hugely disproportionate share of violence, most of the violence was actually personal and vendetta-driven. Third, that while the crimes they committed, or could eventually commit, were heinous, most shooters were not sociopaths who cared for nothing and no one.

Read “Theory of violence” in its entirety here. The discussion of Operation Ceasefire is in Part 6.

They’re in season for just another couple weeks, and right now they’re at their sweetest. Luckily for us, there are farmers’ markets all around town this and every week – plenty of opportunity to grab fresh, locally grown produce. Check out our event calendar at brickc.it/markets (yep, that’s a URL — type it as-is and it’ll get you there) to find a comprehensive list of farmers’ markets in town.

Still confused about what’s going on in Syria? Let’s get even more basic 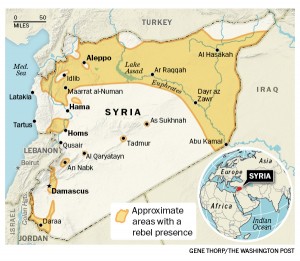 This week, President Obama went to the G-20 summit (a meeting of the world’s major economies), where he had a tough time convincing his fellow heads of state to intervene in Syria, in response to evidence that Syrian president Bashar al-Assad gassed civilians. The New York Times reported yesterday that the Syrian government has been stockpiling the raw materials needed to make chemical weapons – including many materials that are perfectly legal – for years.

Also, it’s become more clear than ever that the “opposition” – meaning Syrian groups who are opposed to Assad – are in some cases themselves committing atrocities. How we know which opposition members to help is becoming a tougher and more crucial question day by day. American history teaches us that the people we arm in a conflict today can turn those same weapons against American interests in the future.

But before we can even make sense of the more complex questions, the Washington Post helps us with some more basic ones, starting with: What is Syria?

Syria is a country in the Middle East, along the eastern shore of the Mediterranean Sea. It’s about the same size as Washington state with a population a little over three times as large – 22 million. Syria is very diverse, ethnically and religiously, but most Syrians are ethnic Arab and follow the Sunni branch of Islam. Civilization in Syria goes back thousands of years, but the country as it exists today is very young. Its borders were drawn by European colonial powers in the 1920s.

Syria is in the middle of an extremely violent civil war. Fighting between government forces and rebels has killed more 100,000 and created 2 million refugees, half of them children.

For eight more Q&A about the basics of the conflict, check out this Washington Post’s explainer.

TedX NJIT is this Thursday, September 12

TED – short for Technology, Entertainment, Design – is an organization that organizes talks on various topics around the world. TEDx conferences are independently organized versions of these conferences, though still approved by the main organization.

This week, NJIT will house their fourth TED series. The theme: “Think Big, Think Small”. The event will be held on September 12 from 6 – 9:30 pm at Kupfrian Hall on NJIT’s campus. If you can’t make it in person, don’t fret, you can live stream it here, and the organizers will also make the talks available a little while after the events.

If you can attend live, register here. Tickers are $15 for students and $30 for non-students.

The lead in jet fuel could be toxic

Living in the shadow of the airport, a lot of us Newarkers are used to planes flying so low they almost seem like they’ll land on us. But according to an article republished on Salon.com, there are some possible harmful effects to being right underneath heavily trafficked flightpaths.

We’re not about being chicken little, but it stands to reason that having jet fuel rain down on a city in concentrated levels might have some effect. Read on to learn the arguments in favor of that view.

Sneak peek: A vision of innovation for Newark's South Ward

Shot of the Day: The Sports Authorities