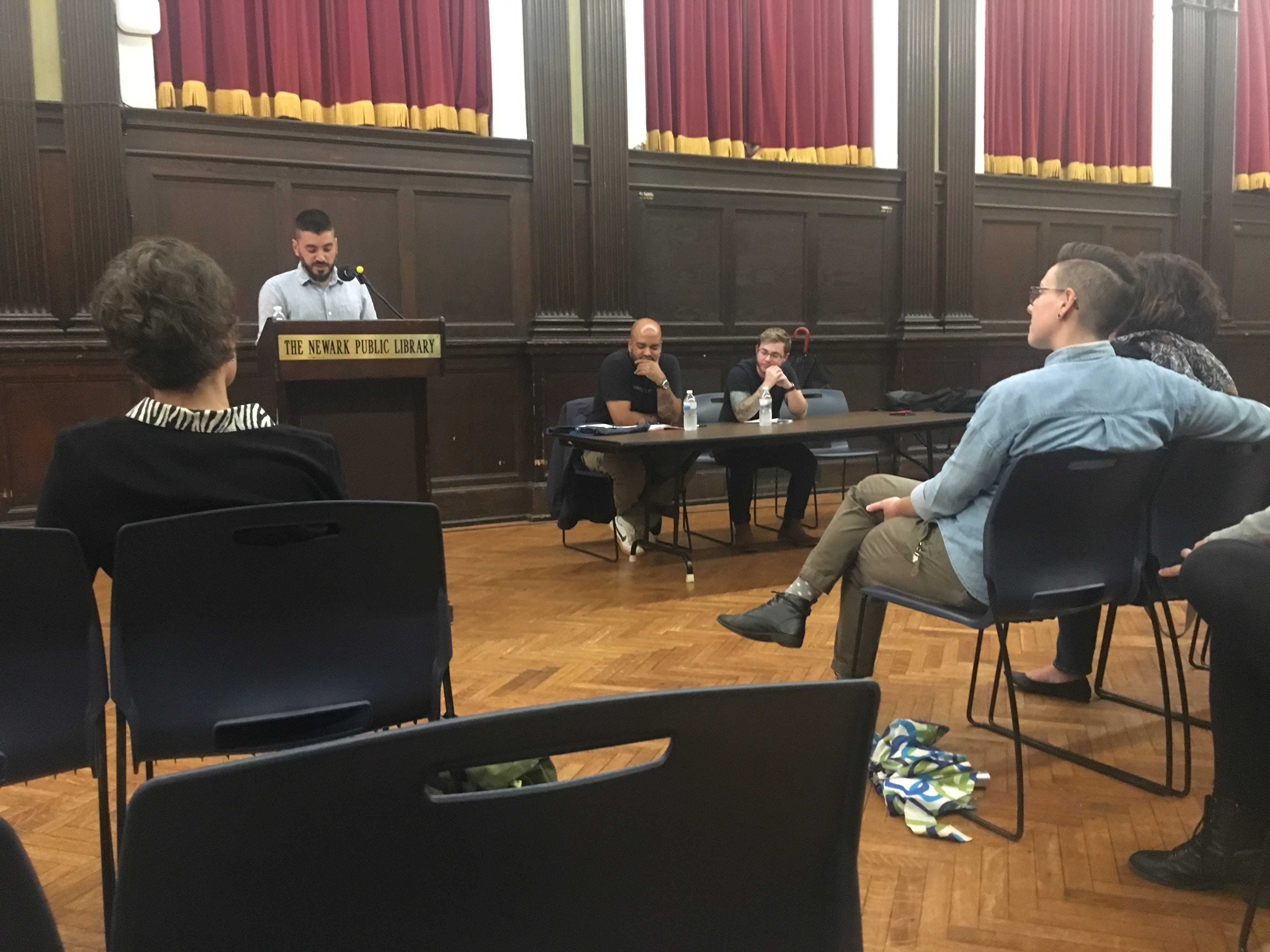 Around the time of the 2016 presidential election, novelist Marlon James wrote about a problem with academic panels on diversity in “Why I’m Done Talking About Diversity.” He wrote, “[Diversity panels] should be seeking a time when we no longer need such panels… the fact that we’re still having them not only means that we continue to fail, but the false sense of accomplishment in simply having one is deceiving us into thinking that something was tried.” Ultimately, James’s essay considers what a diversity panel would be like with all-white panel. Would the absence of a “diverse” speaker create productive outrage? Or would the panel be void of complexity?

I thought about that essay when I saw that a group of men were going to do a talk on toxic masculinity at the Newark Public Library. At first, I was a little thrown by the idea of only inviting men to present, but I could see the value in specifically asking men to unpack their issues surrounding gender.

The demographic of the panel was something Hugo Dos Santos, one of the presenters, said he felt very conscious of too, to the point that he was unsure of even participating. But the event wasn’t just about men admitting that masculinity is toxic. These were deeply personal readings of the harm it has done to the individual writers and to those around them. Their pieces were confessional, showing how masculinity looks from the inside.

Garcia would later admit, though, that he regretted telling his son to stop crying too. Those kinds of parenting contradictions came up a lot that night. The encouragement of machismo or masculine values often started with their parents before unintentionally getting passed down through them to their kids, as well. One of Santos’s poems recalled that he wished he didn’t tell his son that “my job was to protect you” because he now knows that “I’m more fragile than you.” It wasn’t until later that he noticed his comment was more about wanting to feel safe himself from the things he can’t control.

And performative gender has a lot to do with safety. Especially for LGBTQ people, self-censorship is often a means of survival. Fitting into the strict limitations of gender drastically affects the way they are treated in public. In spite of this, Cristofer Duarte said that as a trans person, he’s not scared to wear pink or do anything else considered “girly” to maintain his identity. As an educator of children, he hates to see parents not allowing their sons to have anything pink. Gendered lessons about colors or crying might not seem dire, but they are the groundwork for the dangerous ways men prove their masculinity around the world.

One problem with panels, academic or not, lies in their design—only so many people can sit in those chairs. Only so many people are available on certain days or even know about certain events. With these kinds of variables, it becomes the responsibility of the audience and the speakers, together, to put the experience of the panel to use outside of the event.

Need to know in Newark: Tuesday’s city-wide referendum on an appointed vs....
Scroll to top