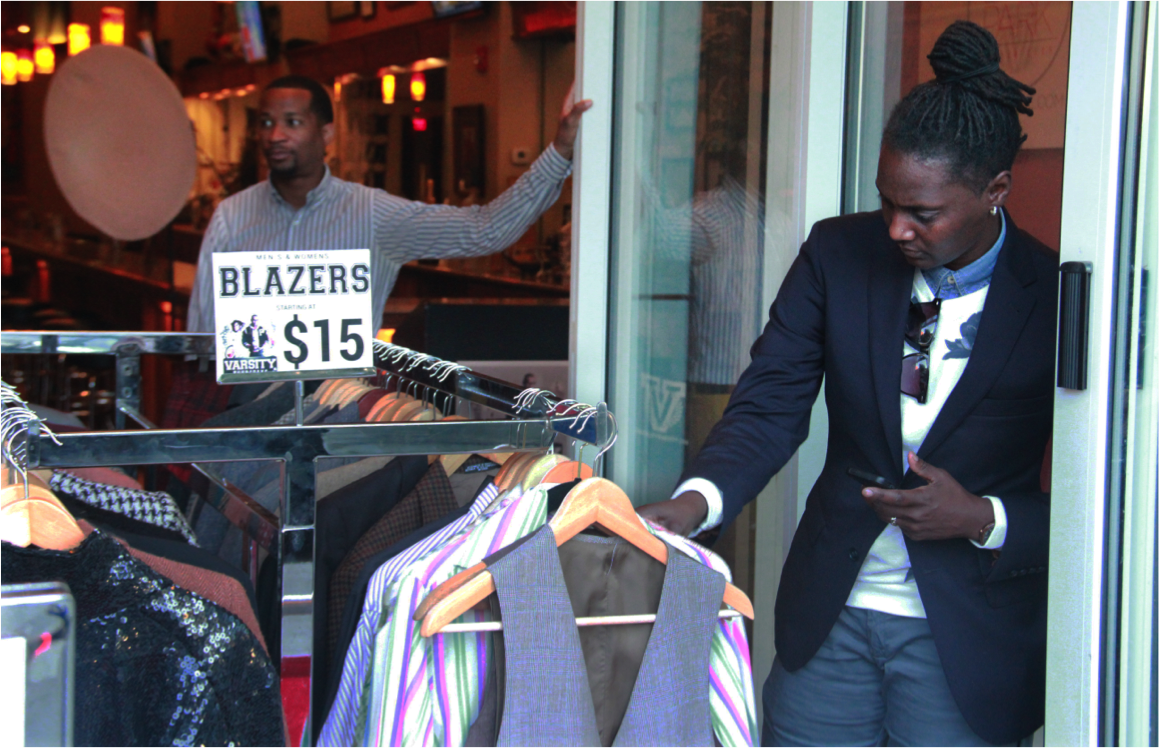 “Everything from Jackie O. to Jackée Harry,’’ he volunteers.

Whatever your taste in retro, Lyon’s Brick City Varsity brand can accommodate it. Once a by-appointment-only shop located in his downtown living space, Brick City Varsity can now be found once a week at 58 Park Supper Club. Since last month, Lyons has been hosting “Varsity Thursdays,’’ an after-work, cocktail-hour “sip and shop,” where residents and commuters can mingle and try on the wares. It runs from 5 p.m. to 8 p.m.

“It’s about making the shopping experience enjoyable by indulging our clients’ appetites for unique style and lively gatherings,” says Lyons. “The line is comprised of well-made garments that have outlasted momentary fads and stood the test of time.”

Lyons, a Princeton doctoral candidate studying 20th-century American literature, wants vintage style to be available to everyone, from local artists and organizers to college grads starting their first job.

“We place such a high premium on individuality, but when it’s time to express our personalities, we’re all going to the same place,” he says. “Whether clients are looking to beef up their professional wardrobes or to create one-of-a-kind looks for appearances and performances, Brick City Varsity offers an alternative to mainstream retail.”

Lyons only buys stock from the Salvation Army and other thrift shops that aid victims of poverty and disaster.

“When we think about fashion, it always seems like this guilty indulgence in conspicuous consumption. I wanted to rebel against the notion that the moment you turn to fashion, you abandon your connection with the working class,’’ he says. “It’s possible to use fashion as a vehicle to benefit those who need it most rather than those who need it least. And if any community needs that, it’s Newark.’’

Brick City Varsity grew from Lyon’s work as a photographer and stylist. During fashion shoots, clients and models fell in love with his pieces and would often ask to keep them. “I realized I might as well start charging for it,’’ he says.

The brand is named in honor of Newark’s resilience (“Brick City’’) while the “Varsity” is a nod to those who fought for diversity and equity in the student takeover at Rutgers-Newark in 1969.

Says Lyons: “My motto is, ‘beautifying the city of Newark, one outfit at a time.’’’