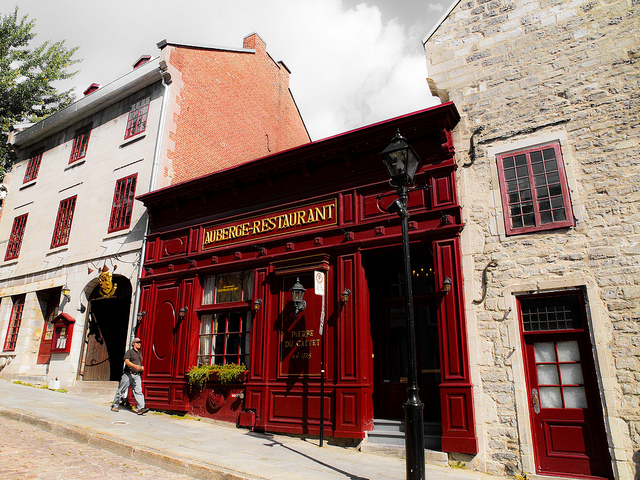 I’d heard from a number of people that visiting Montreal feels like visiting a European city. With both Labor Day weekend and a friend’s birthday to celebrate, it was the perfect international trip (even if just over the border) for my and four friends’ schedules, budgets, and desire for a nice change of speed and scenery. With all that going for it, Montreal was a great destination for a long weekend getaway.

Between gas and accommodations, the five of us spent less than $75 apiece for the three-day, two-night trip. The drive is just over 350 miles from Newark, and each of us kicked in a little over $20 for gas. For accommodations, we decided to skip the hotels and rent an apartment. We got a clean, chic, and comfortable five-sleeper apartment from a very nice Canadian couple for a total of $250 through VacationRentals.com.

Our apartment was right in the thick of things: blocks from the subways to both downtown and Old Town Montreal, and also a few blocks from Saint Catherine, a main drag that has lots of restaurants, currency exchanges, and shopping.

On arrival, we ate at a diner named Nickels, where the waiters were friendly and the food delicious. Try the poutine, a local dish of French fries, cheese curds, and gravy. Although you can get Irish coffee and Philly cheesesteaks at plenty of places in and around Newark, both were especially good at Nickels (and the cheesesteaks reheated well).

That evening, we went to a club named Sir Winston Churchill Pub Complex (“Churchill” for short). The place was spacious, the crowd was diverse, and the sound system was decent. The music was a blend of hip-hop, reggae/dancehall, and pop. If you visit, prepare to hear  all the hottest songs…from about six months ago. There were many clubs and bars along the same strip, and just across the street was a place where we could hear the DJ playing current club bangers: people were practically spilling out of the door by the time we arrived. Typical last call for clubs: 2:45 am.

The next day, we ate delicious crêpes at a spot named La Bulle au Carré in St. Louis Square. Recommended savory crêpe: sausage, onion and cheese. Recommended sweet crêpe: homemade chocolate. If you order a bottle of cider for your table, your server will bring you a bowl. You’ll drink the cider from the bowl. Don’t fret — this is just how it’s done.

Afterwards, we went to Old Montreal, a touristy area with beautiful old buildings, attractions, and a waterfront. We ate a traditional Canadian treat called a “beaver tail”. Try the cinnamon, sugar, and lemon one. The combination sounds strange, but eating it will make you a believer.

Want to share your own travel tale? Email beyond@brickcitylive.com.

Exactly why are we launching a Style section? 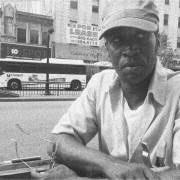 The sentinel of Broad and Market: Through the eyes of Max Henry
15 replies

Dilettante Bass: A vision of innovation for Newark’s South Ward
Scroll to top