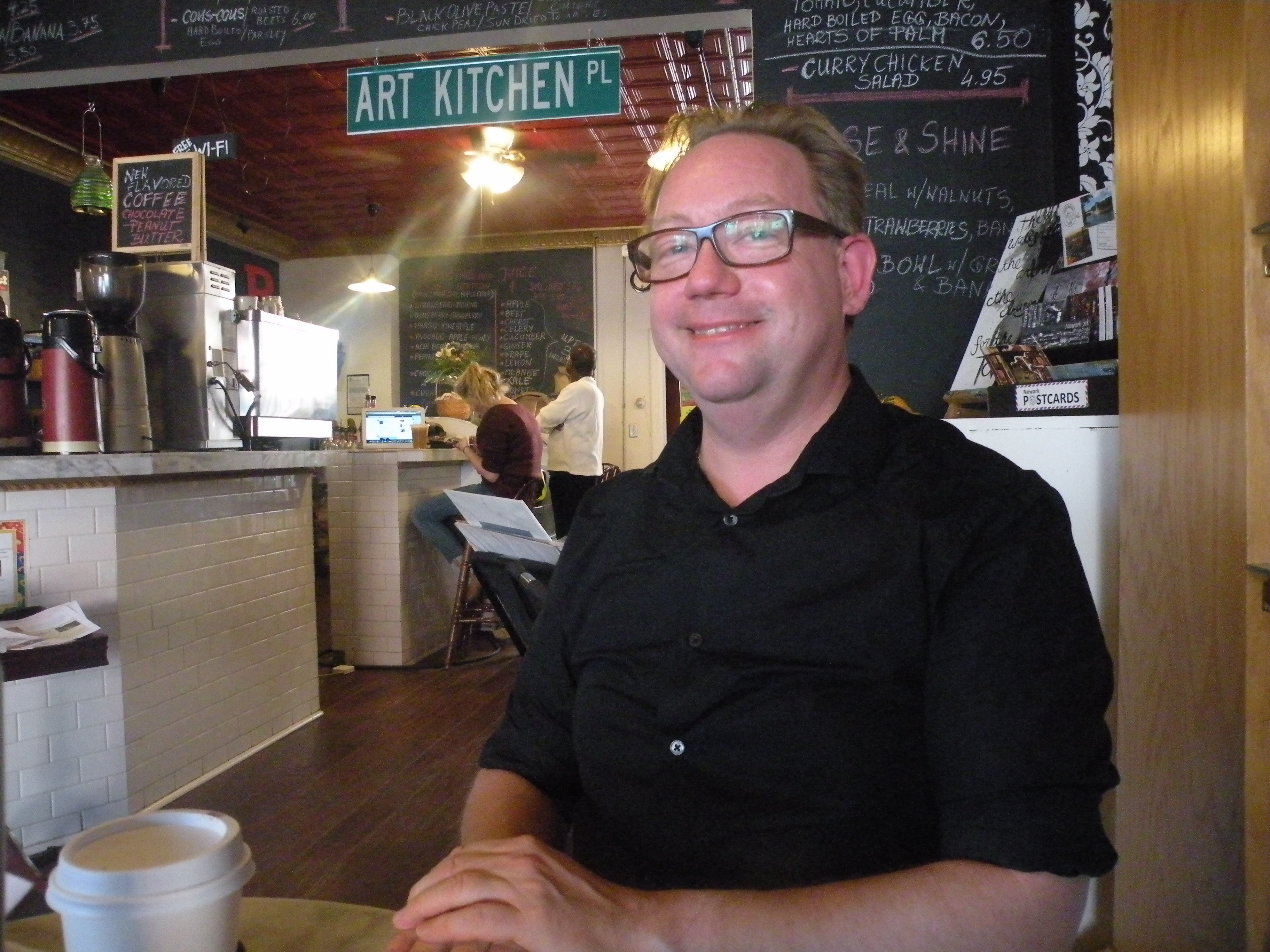 I met Sven Einarsson, 46, of Sweden, at Art Kitchen Saturday while buying coffee in between Open Doors 2013 gallery stops. Einarsson and I chatted about Newark for over an hour before visiting more art festival exhibits. Here are excepts from our conversation:

What are you doing in here Newark?

I’m working on Open Doors at the fire station off Ferry Street (Prospect Street fire station, where “Ironbound Unbound #4” opened Friday night). We had the opening last night, and lots of people came.

I co-curated the show – I was invited by the gallery owner. They’re trying to create a new art center at the fire station, so they’re renting it from the fire department.  There’s still fire station things going on in the rest of the building.

How did you come to curate an art show here?

I got to know Yolanda Skeete because her daughter lives in Sweden, and I run my own gallery in Sweden. Yolanda visited, we became friends, and I worked for a while on her website – for Sumei Art Center.

Then I brought three artists from New Jersey to Sweden. We got a grant from the U.S. Embassy in Stockholm, and we showed them at three different galleries all across Sweden.

I’m bringing three pieces here to Open Doors, from Carolina Hindsjo, Birgitta Godlund, and Stina Brockman. They all know Yolanda, and I’ve exhibited their art at my gallery in Stockholm. Yolanda asked me to bring Swedish artists to Open Doors, and I picked those three artists because they’re very different. Carolina does video, Stina is a very well-known photographer who’s represented at the Modern Museum of Art in Stockholm, and Birgitta went through the Royal Academy of Arts in Stockholm, and she’s worked in various countries, including Russia. Carolina is also going to show her movies at a big video art festival in London, where she studied.

What was your impression of Newark before you came here?

I got the impression that Newark is pretty much like a suburb of New York. Now I know that Newark has its own life.

What’s been your sense of what that life is like in the brief time you’ve been here?

Everybody’s very friendly. I haven’t had time to go to New York because I’ve been tied to the fire station, but today I went up and down Market Street, and I met a lot of nice people.

Did you know Newark was voted the unfriendliest city in the world?

The unfriendliest? Really?! I didn’t know that. I can’t believe that. I met one rude person who was a manager in a store, but the girl who worked there – I talked to her for ten minutes and she was nice. You’re nice. Everybody else has been nice.  You get both sides here, just like everywhere else.

If I were to move to America, I would consider moving to Newark, because you’ve got everything here, and it’s so easy to get to Manhattan. Not that I’m really considering moving to America, but at some level, I would like to move here and live here.

The place where I live, it’s a part of the city, but it’s very quiet: we have two or three restaurants, a grocery store, and people commute into Stockholm to work. But Newark is actually a functioning city. You can live here, you can work here, but you can also travel to New York.

And you have all these amazing spaces that no one is using. Art actually attracts money, and it attracts people. Everyone will benefit from art. And occasionally, the artist will sell a piece – that’s good for the artist. But overall, it’s good for the community — the city.

As someone who runs a gallery, what’s your sense of Newark as an art town? Do you sense an organic art community here, and how would you describe it?

Definitely.  Of course, I haven’t seen all the work. But I’d say what I have seen is very vivid. You’ve got all kinds of artists, from graffiti to fine art. And graffiti is fine art, in my opinion. I actually prefer art in the street.

Monday night in Newark: 30 New Jersey entrepreneurs advance in the Start Something Challenge 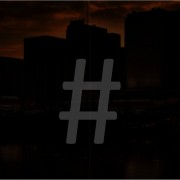 What about the shootings?

You’re from Newark? No way. Me too!

Beyond Brick City: The directors of Isis Dynasty, starring Newark native Faizon Love, on their new film and indie filmmaking