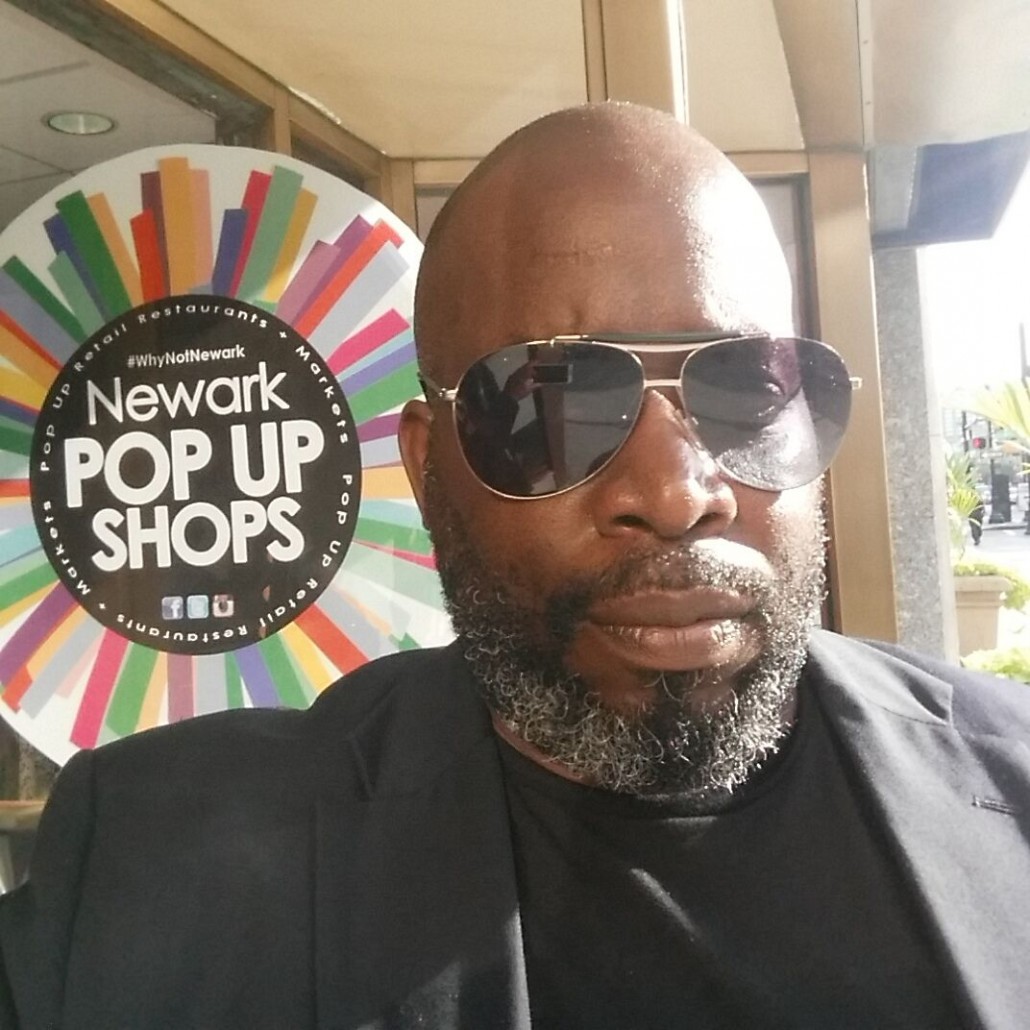 “I was born and raised in Newark. I do real estate in Newark. And I’m tired of hearing people say that Newark is not ready.”

Such said Melvin Sykes, a residential and commercial real estate agent with Assurance Realty Group who loves the city and knows it well, in front of his recent designer pop-up shop at the site of the former Verizon store at 744 Broad Street.

As a lifelong Newarker, Sykes knows the city like the back of his hand. But as a real estate agent, Sykes’ knowledge of Newark comprises more than its nooks, crannies and detours. He’s akin to a walking encyclopedia when it comes to the city’s past and present, and that knowledge has given him strong conviction that Newark’s future is a positive one.

“Melvin was my first point of contact when we decided to make the move to Newark,” said Dan Allen, franchise manager of gourmet sandwich shop Jimmy Johns on Halsey Street.

“I’m not from Newark, and I needed someone who knew the city, and Melvin was the guy. He knows the city, and he knows where the city is headed. He sold me on what is truly an unbeatable location,” Dan said, describing Jimmy Johns’ central spot located directly behind the new Prudential Tower, and a quick stroll from Rutgers-Newark’s campus.

As a real estate professional who sells the city itself as much as he does the apartments and commercial spaces within it, Newark’s future is one Sykes looks to help build. At the beginning of September, Sykes hosted a pop-up shop for Newark-based designers Marco Hall and Douglas Says, and a host of other fashion designers. The event, which was supposed to run for just one day, was extended to a full week due to shoppers’ overwhelming response.

The success of Sykes’ pop-up shop is a testament to his grassroots marketing prowess. As a young man, Sykes sharpened his guerrilla marketing and promotional acumen by helping to promote and run nightclubs and restaurants in the region. As he stood outside the shop, Sykes made a point to stop and wave at every passerby. Familiar faces stopped and conversed with him, and before long, they were lured into the shop to take a look at some of the fashionable wares being offered inside. 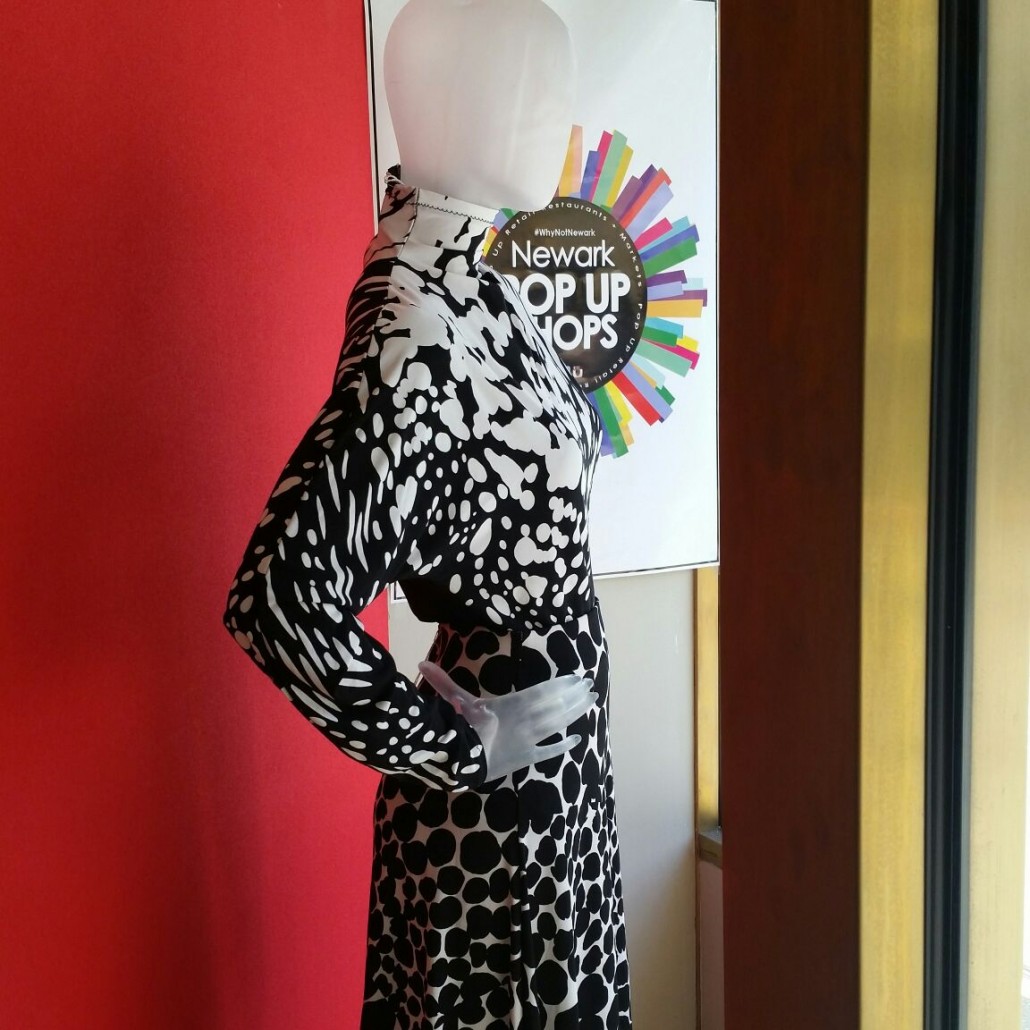 He wanted to prove a point. Sykes is brimming with ideas he thinks creatives, officials, and entrepreneurs in town can execute to both the city’s benefit, and to their own. He’s given to posting these ideas to Facebook using the hashtag #WhyNotNewark. Sykes’ pop-up shop is one answer to that rhetorical question, and local shoppers’ response to the initiative hint at a potential consumer base that Sykes has been touting all along.

Sykes said there’s a sense among business owners and managers that a market for goods at diverse price points does not exist in Newark. It’s a reputation that wards businesses away, he explained, because they don’t believe any Newark residents can afford to patronize them.

And as the city welcomes new businesses and new developments, Sykes is aware that some residents are uneasy about the “dark side” of development — displacement and the ebbing away of a longstanding culture and place identity. But he begs to differ.

“The fear of gentrification, the big G word. What’s going on in Newark isn’t gentrification; it’s development,” said Sykes. “I think that Newark will begin to look more like itself, more like what it [is] supposed to look like,” Sykes said of what development would usher in.

Pointing to Newark’s famed department store era, a time when he says people were excited to come downtown to shop and enjoy the city, Sykes believes that Newark’s dry spell is over in terms of its business outlook, and that it’s only a matter of time until the rest of the world takes notice. As he waxed poetic about the city and its potential, he vehemently refuted a recent Conde Nast Traveler article that ranked Newark as the least friendly city in the United States, the second time that Newark was ranked thus.

“How many of them have actually been to Newark? What do they know about Newark?” said Sykes. “It’s these articles that further this reputation that Newark is not welcoming to businesses.” To refute what he sees as a gross misconception, Sykes has committed to bring new business into Newark one lease at a time.