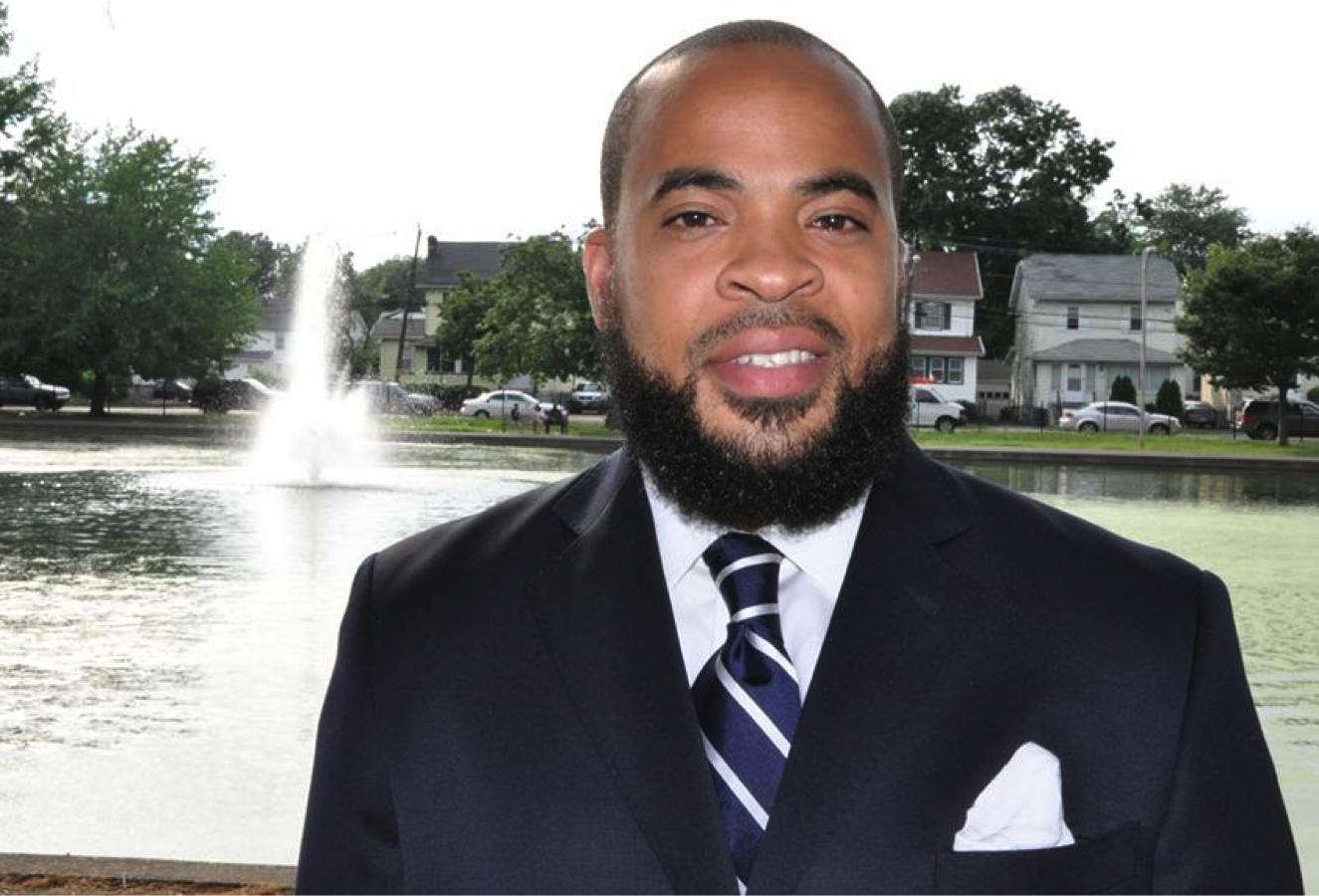 Al Tariq Shabazz has strived to make culture and community two hallmarks of his campaign for councilman at-large in Irvington, and the scene of the campaign’s fundraising dinner late last month reflected it.

A large portion of attendees came as families, with the laughter and footfalls of racing children serving as an endearing aural punctuation to the night’s program. Zul Latifa’s drumming and dancing engaged the crowd, while the evening opened with a song from world-renowned opera singer Kevin Maynor. Maynor’s deep bass reverberated around the ballroom of the recently renovated Irvington Manor, setting a reverent tone for the event.

Of course, the night was not without politics, and the singing and dancing complemented speeches from activists and the candidate himself.

Addressing the attendees, Shabazz sought to articulate Irvington’s current “dire” political situation, while outlining a path for the future. He called his campaign “an appeal to those in our community who struggle for their basic needs, who find themselves stumbling from one hardship to another.”

“To the lunch ladies and crossing guards,” he continued, “we will fight for a living wage for you. For the under-employed and unemployed, we will fight for you…for far too long, the situation here in Irvington has been one of stagnation.”

Shabazz identified housing, economic development, crime and public safety, and youth and cultural development as the core issues of his campaign. He focused on his township’s young people, highlighting their importance to Irvington’s long-term growth. He spoke about his experience working with homeless youth at Covenant House in Newark, where he helped to develop and implement a wellness program.  The multi-pronged program focused on physical wellness and nutrition, cultural wellness, and civic and social engagement, and Shabazz intends to replicate it throughout Irvington if elected.

Pat Council, longtime educator and council at-large candidate in neighboring Newark, opened the speaking on behalf of Shabazz.  He said his mother transferred him out of schools in Newark, where he was born and raised, to Irvington schools, which were reputed to be superior at the time.

Felipe Luciano, lifetime activist, poet, and cofounder of the New York chapter of the Young Lords, also spoke on Shabazz’s behalf. One of Shabazz’s closest mentors, Luciano said he is convinced that Shabazz has the capacity to change Irvington for the better, and underscored his inclusiveness when discussing Shabazz’s credentials.

“He is one of the few young black brothers that looks at Puerto Ricans, looks at Latinos, looks at Cubans, and says ‘can we all pull this together?' And that’s what it’s all about. The next leaders of this country will be black and inclusive,” said Luciano, who went on to stress the diversity of  communities like Irvington, and the need for unity among the working class.

In his primary remarks, Shabazz lamented the current state of the entrenched political leadership in Irvington. Running as an independent allows Shabazz to make impassioned outcries against the leaders at Irvington’s helm, but political independence presents its fair share of challenges.  It means his campaign lacks the resources of established candidates, of which the field is overflowing.

Shabazz is also a newcomer to local government. Although he received a degree in political science from Montclair State University, his current position as district leader is his only practical political experience. Shabazz argues that his role as an outsider gives him credibility over those who have been in power during Irvington’s slow and steady economic deterioration, but succeeding in politics with limited funds and recognition is extremely difficult regardless of the circumstances.

Shabazz acknowledged the challenges he and his team face. He spoke during the event of “mountains of indifference, self-doubt, addiction and self-hate,” plaguing some members of the electorate, and appealed to the faith and collective will of those in the room to overcome those difficulties.

Shabazz went on to express faith in the people working with him, and optimism about what that faith can accomplish.  “At our campaign, we believe that our greatest resource is the people and their minds and their labor. The next steps must be taken, dreams will be developed into realities, and we will begin to transform our hopes into tangible things,” he remarked.

The campaign is striving to make up for a lack of resources with energy, and has been canvassing throughout Irvington for nearly a year.  Shabazz said getting his name out and communicating his platform to voters has been an uphill battle, but that he believes his team’s passion and groundwork will help to make the campaign a success.