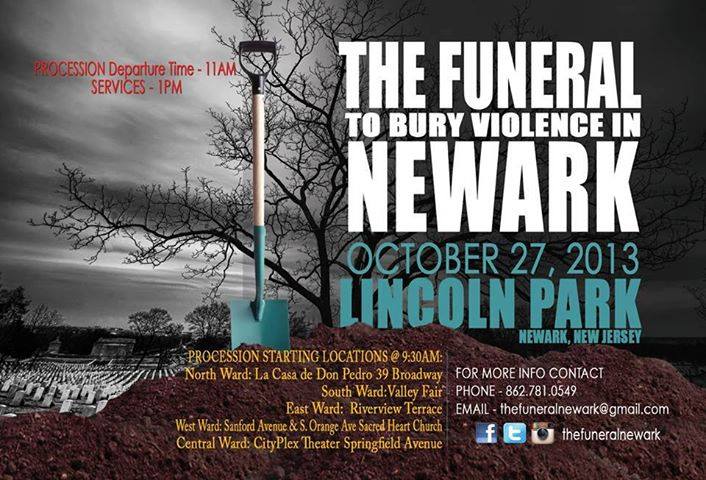 A coalition of community-based organizations, community leaders, funeral homes, and local small businesses, all lead by the organization 211 Community Impact, formed to host a rally to metaphorically “bury” violence in the city with a mock funeral this Saturday. The event will include processions starting from each of Newark’s five wards.

Inspired by an impromptu conversation, Dupre Kelly, member the hip-hop group Lords of the Underground and cofounder and chair of 211 Community Impact, organized this coalition of community stakeholders for this symbolic stand against the violence affecting Newark’s communities, with the ultimate goal of highlighting the impact that violence has on community members, as well as articulating a message of community healing and renewal.

In addition to attracting partners at the national level who are committed to a public dialog about the root causes of violence, the event’s organizers also seek to build and promote a positive campaign about Newark, its residents, and its assets.

The program itself will be held at Lincoln Park, and will run from 1:00 pm to 4:30 pm. It will consist of youth speakers, remarks from leaders of community organizations, statements from victims’ families, readings from the Bible and the Quran, a prayer in Spanish, and tributes from local choirs and singers. Political candidates, while welcome to attend, will not be allowed to speak during the program.

Shot of the day: Let there be light

Booker, Winning Rocky Senate Bid, Gets a Job to Fit His Profile - NYTimes.com

TravelingMad Postcard: A novice’s guide to Amsterdam
Scroll to top