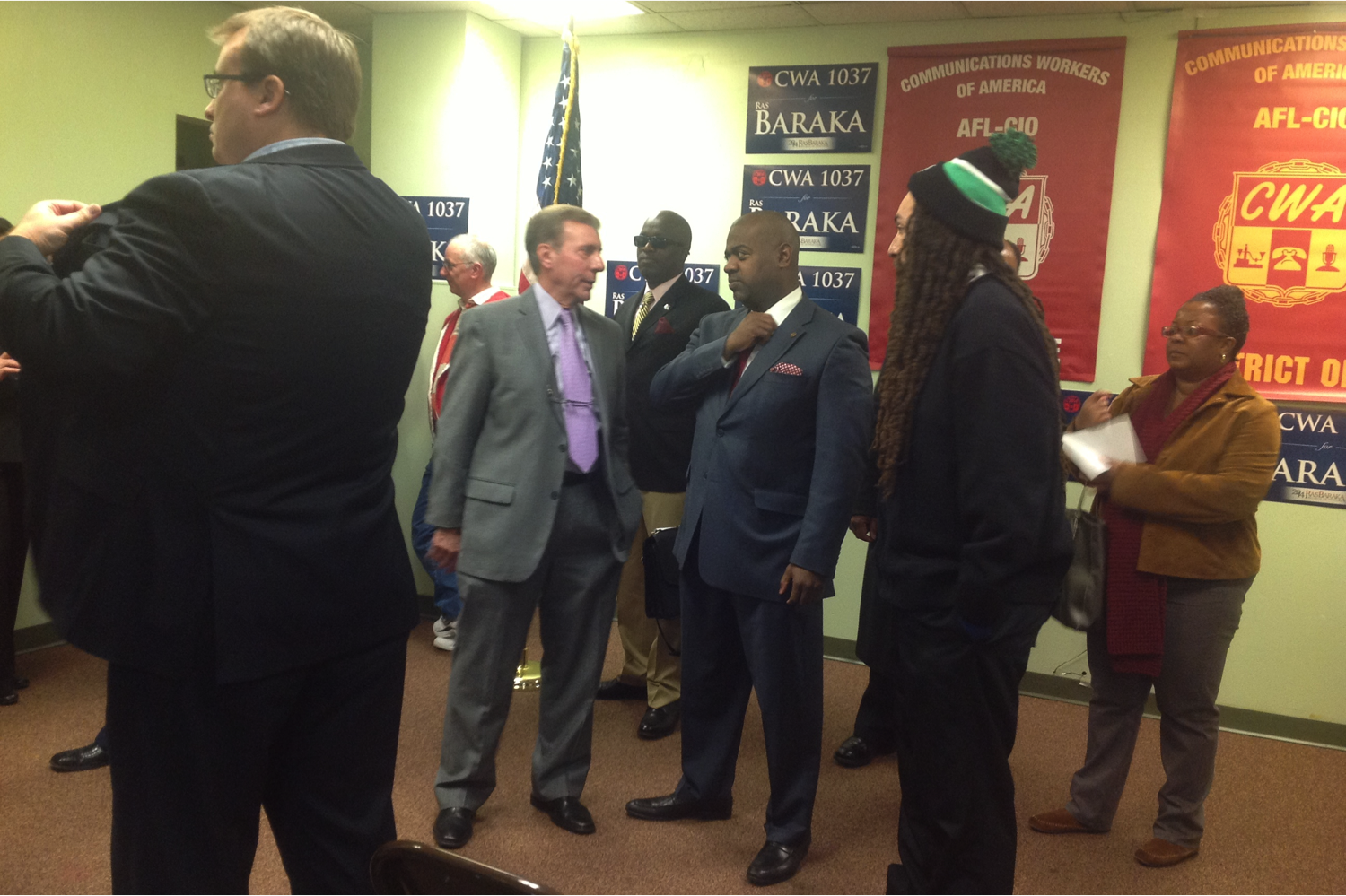 The Communication Workers of America endorsed South Ward councilman Ras Baraka for mayor earlier this afternoon. The union, which represents 4,000 members who work in Newark, nearly half of whom also live here, made the announcement to a crowded room at their headquarters on Clinton Street downtown.

The CWA’s New Jersey State director, Hetty Rosenstein, laid out the group’s rationale for choosing to back Baraka both with their endorsement and, as the campaign continues to gear up, their organizational might.

“Our goal, our mission, our common purpose is to build a movement for a just, equal, and fundamentally fair society,” she said during remarks she made before introducing Baraka. She cited the elections of Jersey City mayor Steve Fulop and New York City mayor-elect Bill DeBlasio as examples of progressive politicians making waves in the region. Baraka, she argued, is cut from the same cloth.

In accepting the CWA’s endorsement, Baraka described the endorsement as “an historic moment for me,” a personal milestone 20 years after he mounted his first mayoral campaign in Newark. Pressing his message of collectivism, he summed up his approach to the mayorship: “What I believe is if you build up the people, the people will build up this city,” he said. “The entire country is going to have their eye on Newark thanks to the mayor that just left,” he continued, arguing that a people-led “urban transformation movement” could inform similar movements country-wide.

After Baraka’s brief remarks, Rosenstein further explained why the CWA chose Baraka out of the four candidates currently in the field. “The heart of his campaign is the heart of CWA. It’s about collectively building a movement to create the world you want to live in,” she explained.

The announcement was attended mostly by Baraka supporters – discernible by their Baraka signs, t-shirts, and headgear – and union members. Lifelong Newark resident Pamela McClain, a shop steward at Local 1037, reiterated that the endorsement represented an alignment between union and Baraka’s priorities. “He was the best choice because we agree with the same principles” regarding community-sourced change, she said.

Volunteer at next week’s “Hour of Code” in Newark Public ...
Scroll to top