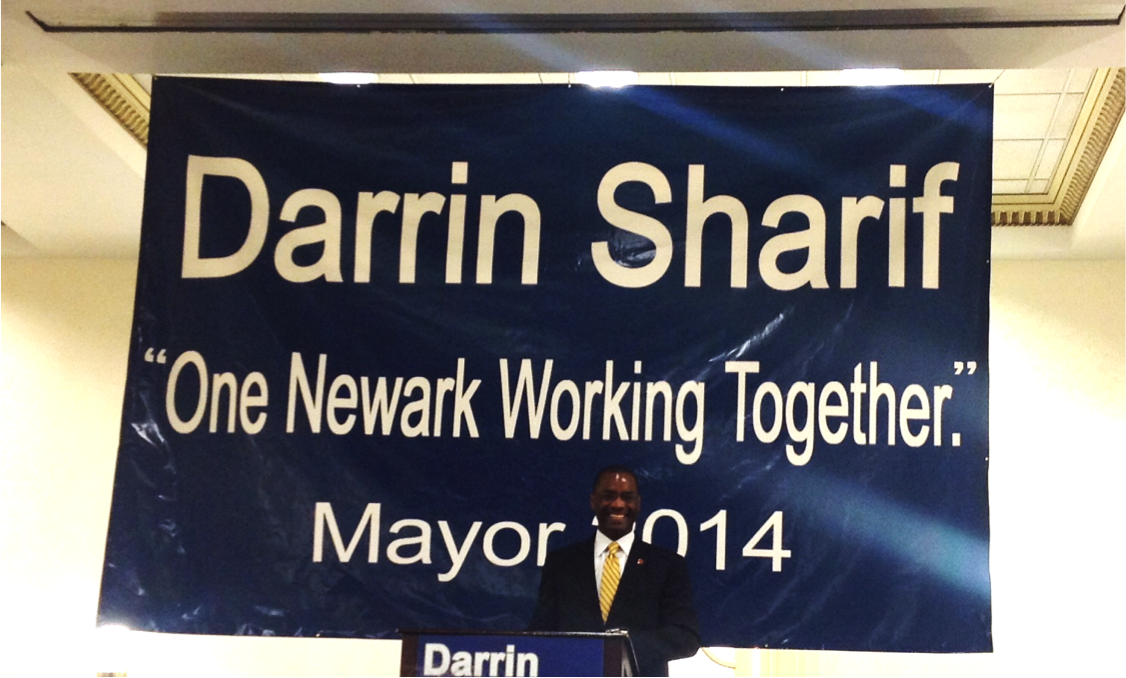 Darrin Sharif officially declared his candidacy for Newark mayor during an evening rally at the Robert Treat Hotel yesterday. Sharif worked for Cory Booker as his chief of staff during Booker’s Central Ward council days, before ascending to the role himself in 2010, and becoming one of Booker’s key legislative adversaries on the council. He is also the son of long-time Newark political consultant Carl Sharif.

Sharif took to the podium to make his pitch in front of a group of about sixty people. Here’s what he covered:

Theory of violence: Newark debates where to start to make it stop