When international opera singer Kevin Maynor invited an executive from Tower Records to Newark back in the early 2000’s for what he hoped would be the genesis of a major record initiative, the city rolled out the red carpet.

Not long before, Maynor had been impressed that so many people from the area were successful in the music business at the time, a discovery he made while watching a music awards show with his sons. Maynor solicited help from then-mayor Sharpe James’ administration to try to get an initiative off the ground in Newark by showing the executive, who he connected with through his own music industry acquaintances, what might be possible in the city.

The followup wasn’t exactly what Maynor was looking for. “He told me, ‘Take your ‘f’-in city and go to ‘f’-in hell,” Maynor said, avoiding using the full expletives the record executives had used during our conversation.

The following weekend, Maynor ran into Mayor James in the lobby of the New Jersey Performing Arts Center, during a Dionne Warwick performance. News of the record executive’s reaction had already made its way back to the Mayor, who commiserated with Maynor over the executive’s poor manners. Maynor saw his opportunity to salvage his mission of bringing more music to Newark.

“I said, ‘If you give me the backing, I’ll give you three operas and bring some of the finest opera singers to Newark,'” Maynor recalled. “And he did, and that’s how we were born.”

Trilogy: An Opera Company, so named because Maynor had originally intended to stop at the three promised operas, performed its first opera, about Nat Turner, at Aljira in front of an audience of about 75 people in 2003. Maynor built the company’s initial fundraising list from those attendees — which included many people from the university community — and incorporated the opera company in 2004. Originally intended to stage one opera per year, the company now does four or five performances annually.

Trilogy has had a relationship with New Jersey Performing Arts Center for the past four years. His latest opera, Five, about the Central Park Five case in which five black boys were convicted and jailed for raping a Central Park jogger, and then released when DNA evidence exonerated them years later, was written by playwright Richard Wesley and composed by Anthony Davis. It will be staged at NJPAC on Saturday, November 12th. Maynor thinks the opera format is an effective way to convey the case’s injustices, and their effects on the accused. 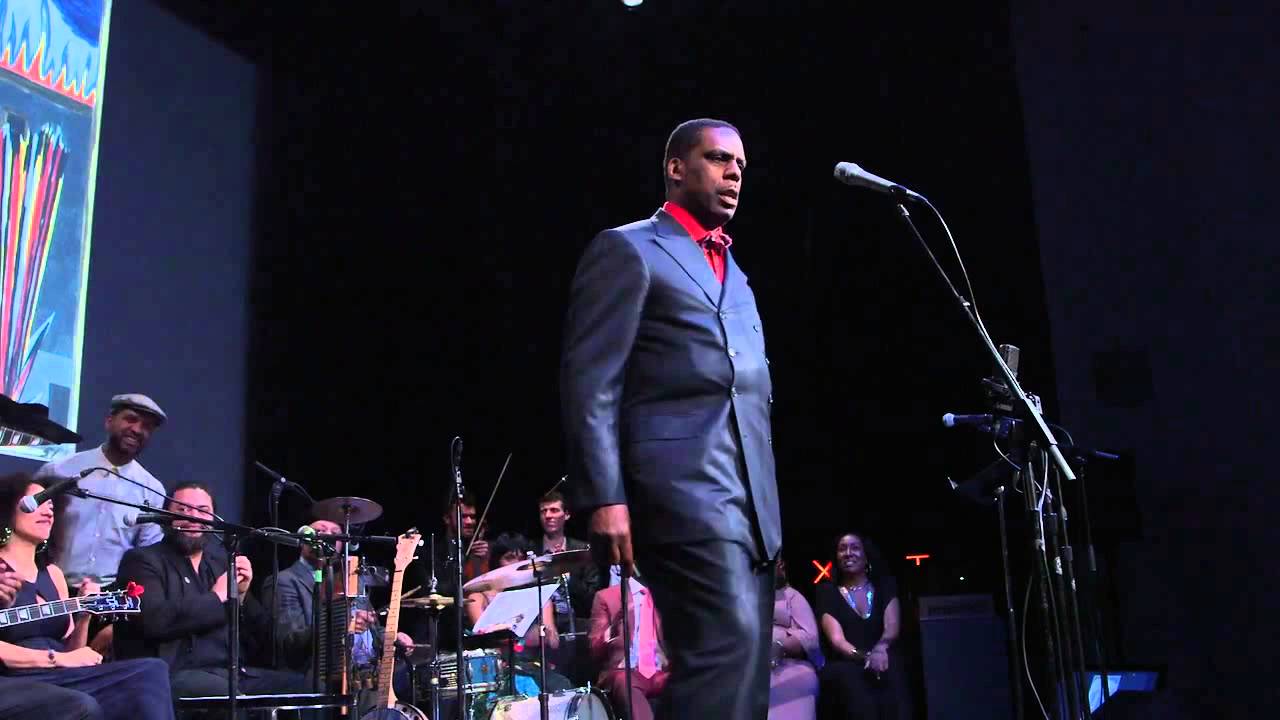 “I don’t think a lot of people understand how drastic and terrible that was. Those boys went to jail for that long period of time and experienced a lot of ugliness there,” Maynor said. “I’ll tell you — opera is all-encompassing and allows us to experience subject matter in comprehensive way. The music, the lighting, the movement — everything happening on stage can affect you.”

He learned this through his own extensive experience as a celebrated opera singer who has performed in countless opera houses in 33 countries for decades.

Maynor said he discovered his gift on the playground in Westchester County, New York, when his friend heard him singing and asked Maynor to join him at choir rehearsal. “Everyone got excited about my voice,” he recalled.

Years later, while a student at Tuccahoe High School, a music teacher overheard Maynor singing in the hallway, and arranged for him to perform for the school counselor. That lead to an audition with George Schick at the Manhattan School of music, which landed Maynor a scholarship to attend the school.

But in spite of this impressive start, Maynor wasn’t convinced of his gift until he was 21 years old, when he won a singing competition in Macon, France for his solo in a spiritual named “Daniel, Daniel Servant of the Lord.” After his win was announced, Maynor sang an encore, “Where Are You?,” from the back of the theater.

“People screamed and picked me up and brought me to front of the theater,” where he sang “Deep River,” Maynor said. He then left the music hall for dinner at the mayor’s house, and learned that his performance had been broadcast on French national television.

“I said, ‘My god, if everyone is this excited, then maybe I have some ability. Then I got serious.'”

Maynor entered a graduate program at Northwestern University and got a big break with the Opera of Chicago, then another with the Sante Fe Opera Company. He then decided to come back east to New York, where he made his Carnegie Hall debut in 1984.

Maynor settled in Newark in the early 90s, when he decided to join Bethany Baptist Church with his wife (he’d been attending a church in Mount Vernon at the time). He decided to double down on Newark by moving here as well. The Maynors settled in Society Hill, and have lived here in Newark ever since.

And so has Trilogy since its founding a dozen years ago. Maynor said there a lot of people interested in his company touring, but has not taken his show on the road yet.

“Touring is an expensive venture that requires a lot of coordination — especially with operas,” Maynor said. “The artists are very special types of artists. They have a very special ability, they have to know languages and music, how to dance and act, and they’re required to sing very well–near-perfect–all of the time.” That means paying them accordingly, and maintaining conditions on the road that protect their delicate voices.

Here in Newark, Maynor said centering his operas on historical black figures and events, and in the process is helping to open up the genre to a wider array of people.

“I feel encouraged that so many African-Americans are going to the shows, especially because of the way they’re listening to and watching their stories be told,” said Maynor. “It changes them because see how serious [their histories] are, and that they can be told in such magnificent ways, by artists with amazing talent and ability that are well-educated and well-exposed.”

In addition to bringing more people to the opera, he wants to inject those stories into the broader opera culture. “I have the aspiration to enter the canon,” he said, referring to the set of well-known operas that are performed the world over–think Carmen, La bohème and Madama Butterfly. “And that’s exactly what we’re doing.”