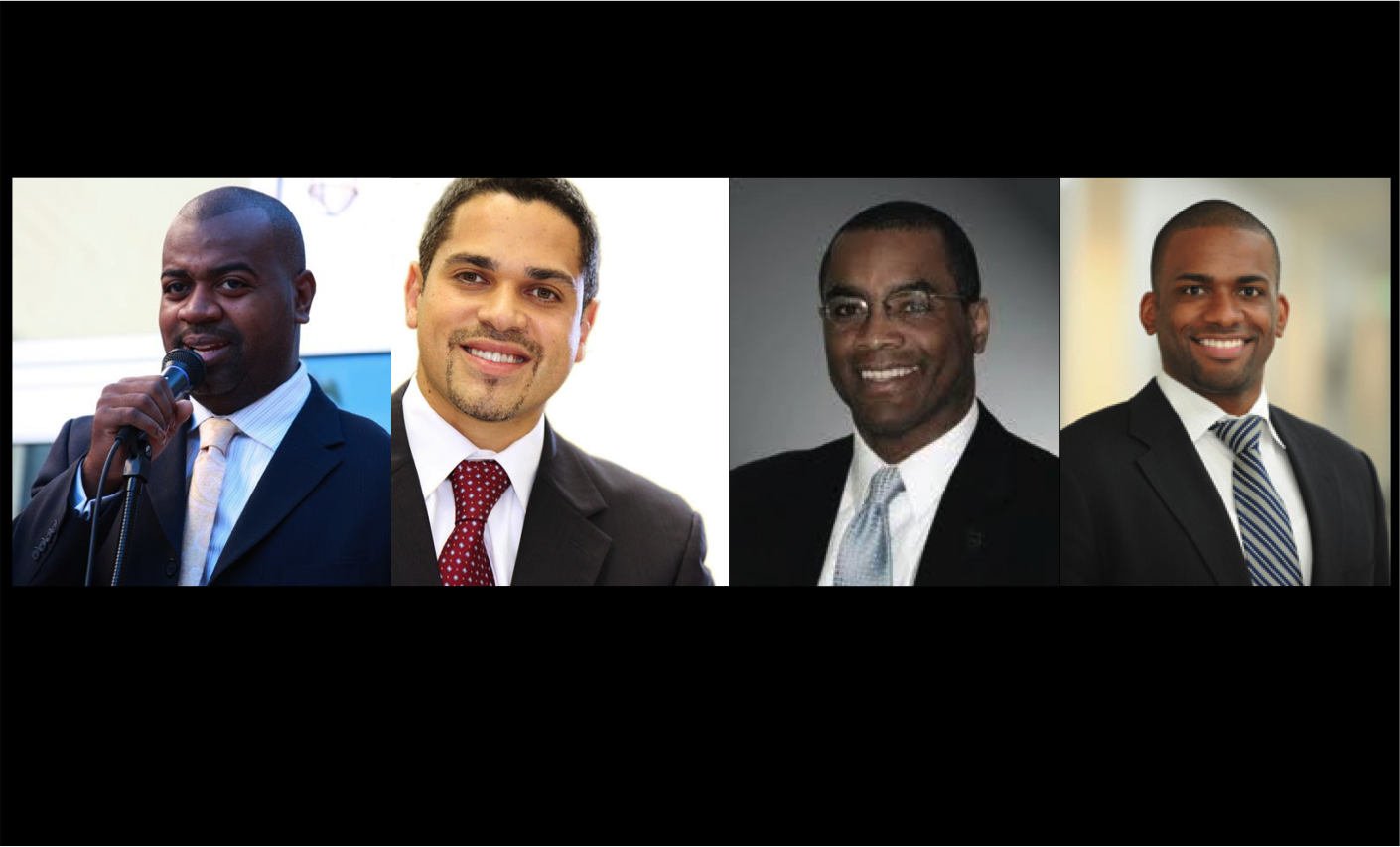 The inside of the Science Park High School auditorium, packed with Newarkers of all ages, had the congenial air of a reunion before last night’s four-way mayoral forum on education among candidates Ras Baraka, Shavar Jeffries, Anibal Ramos, and Darrin Sharif got underway.

That all changed after moderator Marsha Wilson Brown brought the forum to order. Ras Baraka, introduced last, received the most thunderous applause. Some of his supporters vehemently heckled Jeffries throughout the night.

Rhetorically, each of the candidates picked a theme early on, and each one hammered it in their responses to the moderator’s questions throughout the hour and a half long debate. Jeffries’ message was about experience and results. He frequently touted his work as assistant attorney general during the debate, citing it as experience on the law enforcement, special needs education, and school choice issues facing the city.

Sharif made frequent references to partnerships and leveraging the city’s assets, speaking often about bringing the city’s universities and small businesses to bear on problems ranging from special needs issues in classrooms to putting together a creative financing mix to rebuild Newark’s aging schools.

Ramos’ message was process-oriented. When asked what it was realistically possible for the mayor’s office to do about the city’s schools, his first pointed out that the mayor is not the superintendent of schools, and suggested the mayor could be most effective if he “remove[d] obstacles” to effective management of the school system. On improving the safety of children walking to and from school, he proposed “better coordination” between the Newark Board of Education’s security team and the Newark Police Department.

Baraka’s overarching theme was collectivism, and taking a holistic approach to solving the city’s problems. While he acknowledged that the city needs more police along high-crime corridors, he ultimately concluded that “police are not the answer”, and that investment in education is the best solution. In contrast to Ramos’ comment about the separation between the mayor and the superintendent of schools, Baraka pointed out that “Newark schools are not separate from the city” and that, too often, decisions about the schools are made without their impact on the broader community in mind.

With a few exceptions, the candidates’ differences on the substance of the issues were mostly marginal. As each took turns answering the moderator’s questions, they mostly distinguished themselves by pivoting off of each other, and extending the debates to include their proprietary ideas and unique insights.

For example, on an audience-submitted question about how the schools should deal with autism, there was little daylight between the candidates about providing autistic students with resources and support. But Sharif proposed in addition that Newark look to its colleges and universities to bring research-based solutions to bear, while Jeffries broadened the framework of the question by pointing out that black and Latino youth, particularly boys, are overclassified for the condition, and that solutions for truly autistic students are not appropriate for them.

A few skirmishes over ideas did emerge, though. There was some wrangling over the particulars of why Newark lost local control of schools, with Baraka asserting that other New Jersey districts with similarly low QSAC scores retained local control, while Sharif insisted that corruption in the Newark School District was a significant impetus for the state takeover.

There was also a contentious exchange over the context around the current ranking of Central High School, where Baraka is principal. Jeffries criticized Baraka for Central being at the bottom of the state rankings, while Baraka said the school had made progress during his tenure as principal. He also focused on the plights of the students who feed into the school, saying it was a “miracle” that the school was able to turn their educational outcomes around to the extent that they had.

Although substantive points broke through, though, the debate was frequently punctuated by rancor. The reactions from the crowd, and in large part of some of Baraka’s supporters when Jeffries spoke, gave the forum a greater air of contention than the candidates’ actual differences on the issues would have otherwise suggested.

During the exchange over Central High School’s track record, a few audience members wearing Baraka t-shirts used epithets against Jeffries, and even accused him of advocating “genocide”, a bastardized reference to Jeffries’ statement last year that a child of color not being on track to earning a high school diploma is metaphorical genocide for that child.

Baraka himself derisively referred to Jeffries on a few occasions as “the professor”. For his part, Jeffries asserted during the Central High School exchange that a “movement based upon catcalling, division, incivility, anger, [and] bitterness” would not serve the people of Newark.

“Our students are watching this tonight,” said moderator Brown, referring to the crowd reactions during the forum. “I wonder what they think.”