If at any time in the past 20 years you’ve been at Broad and Market and heard house music or classic R&B blaring, chances are it was Max Henry who was responsible for that quintessential Newark moment. I hung out with the Broad Street stalwart not long ago to hear his views on music, politics, who is benefitting from changes in Newark, who is not, and his other profession: fashion photography. Here are excerpts from our conversation:

I’ve been selling music on Broad and Market for over 20 years. A friend at the time was selling music, and he brought me into the fold.

On the house music scene in Newark:

The area used to be filled with clubs, like Zanzibar. I think people who were club music fans were more open back then. The DJ was a legend to you, so you might not know the record, but someone like [DJs] Tee Scott or Larry Patterson made you listen.

On how Broad and Market has changed:

There isn’t the same energy here now. The demographics changed. I noticed it when they established [the] Family First [Card]. People on assistance used to have to come down here, but now that they have the card, they don’t have to come. That took away some of the traffic.

And you can’t park any more. I think the [limited] parking situation down here works against having a thriving city.

On the development in the area:

Yeah, it’s a lot more diverse down here. You’re seeing different types of people come through, and that’s cool – but what’s good for you should be good for me. I resent the divide I see. When the arena opened, they sent all these cops to this one area to protect and patrol. What about everybody else?

There’s a climate in the air of us against them. I was told that vendors at this intersection are seen under the same umbrella as the criminal aspect, and I have an issue with that. That’s like character assassination to me.

And grants and help for businesses – these things are a mystery to me. No one’s telling me about them.

On the police presence at Broad and Market:

The police station [on Market Street] is a joke. To stop crime, you need manpower on foot, not in the car and in the office.

I’ve seen some people get harassed by the police. It’s not all officers, and some of it is justifiable, but sometimes it’s excessive and overboard. You need one or two people to take somebody down, not a whole battalion. I’ve done security before – you have to assess character, and talk to people the right way. It seems like we [vendors] police the area better than the police.

On civic participation in Newark:

Change is going to come – not just for me, but for everyone here. Folks have to become more civically aware. You can’t just pull a lever [to vote]. Doing that doesn’t mean your job stops. All the responsibility for what happens in this city doesn’t fall on one man — everybody is responsible.

I purchase music from DJs. For classics, I mostly give them a list, but for new music, I rely on them. Me and others like me expose people to music they haven’t heard yet. You have some people who say I’ve been helping to keep house music going in this city.

The economy and people finding music online has definitely affected me, but if you like my taste, then you’re coming to me for your music. This is house – you’re not going to be able to find a lot of this music on [music identification application] Shazaam or something like that. And I have some regular customers who basically have my full collection.

On making a living as a music vendor:

I don’t worry about surviving. I have a working brain, and I do this by choice. I do this because I love the independence. Most people will never understand: I leave my house with bus fare, open up right here on Broad and Market — it’s a thrill.

I used to shoot Broad and Market covers for CDs, and over time I started paying a lot more attention to the images. When I saw what came back I thought, “I’m onto something.”

Then I bought a camera, and shot a designer friend’s clothes. My friend liked the images, and as they say, “The wheel keeps turning.” I’m basically a fashion photographer now, and I shoot whenever I have time. Being self-employed allows me to pursue other things. I leave here, go straight home, and start editing images. The beauty of it is, I’m constantly learning. (Max Henry’s photography is viewable on his blog, thrutheeyesofmax.blogspot.com.) 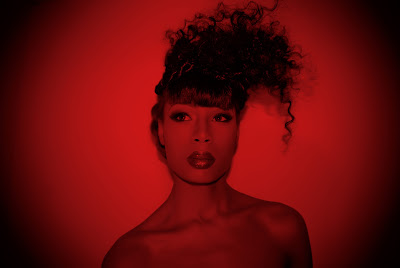 Tech entrepreneur Anthony Frasier on his trajectory, ventures, and Newark’s...
Scroll to top