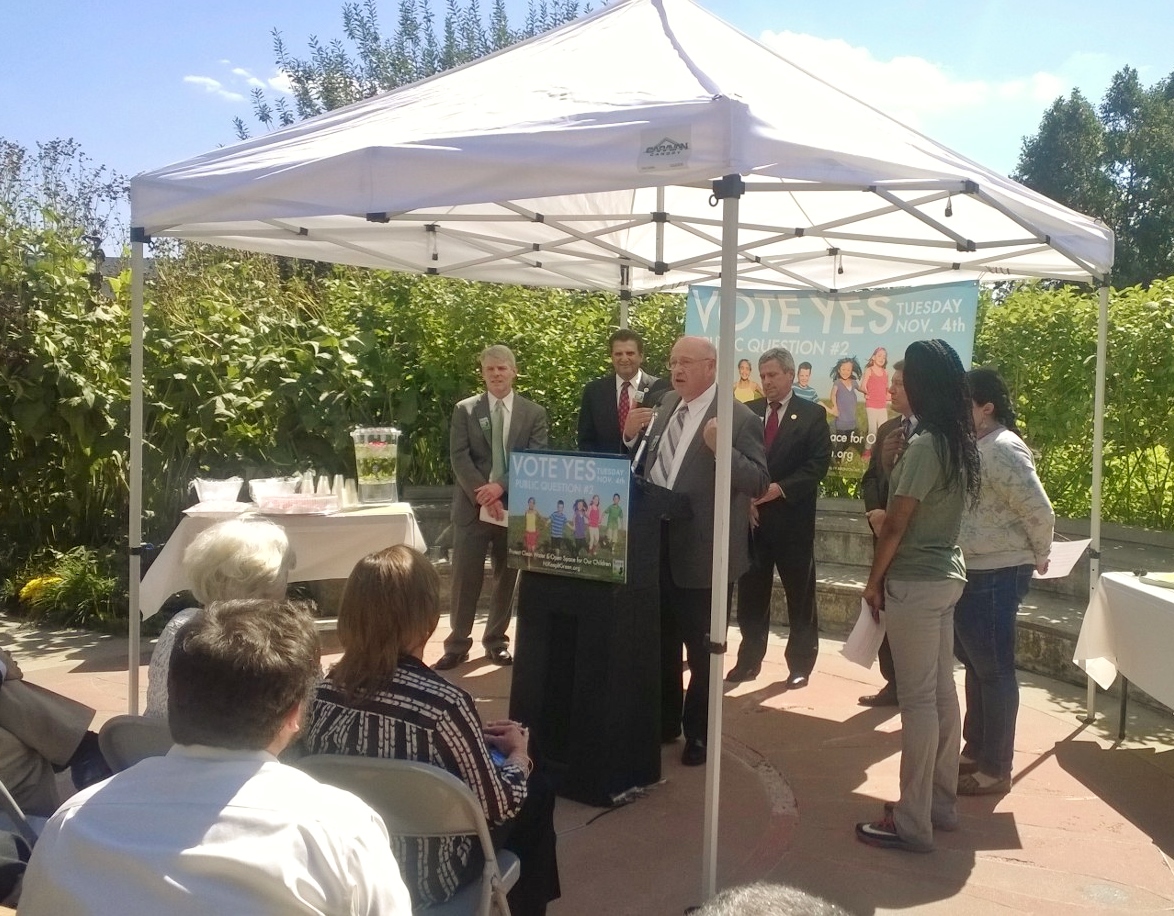 “Keep the Garden in the Garden State” was the message when the NJ Keep It Green Coalition kicked off its campaign to urge New Jersey voters to support Public Question 2 on the November 4 ballot with a "yes" vote at an event hosted by Greater Newark Conservancy at its Prudential Outdoor Learning Center in Newark. The Coalition includes more than 185 park and conservation organizations working to create a long-term, dedicated source of funding for the preservation and stewardship of New Jersey’s natural areas, waterways, parks, farmland and historic sites.

“Through programs such as Green and Blue Acres, farmland preservation and historic preservation the state has been able to set aside hundreds of thousands of acres of land for the public’s well-being and enjoyment, but tremendous needs remain,” Senator Smith stated. “It is imperative to vote yes on November 4 to protect the state’s drinking water and last remaining open spaces for the health of our communities and future generations.”

Robin Dougherty, Greater Newark Conservancy’s Executive Director, pointed out that Public Question 2 is as important for urban cities like Newark as it is for suburban and rural communities statewide. “There is clearly a demand for more parks and open spaces in cities like Newark,” said Dougherty. “Since 2004 when we first opened the Prudential Outdoor Learning Center, more than 30,000 local schoolchildren have experienced the wonder of the natural world through educational field trips to our Center, which was made possible in part by Green Acres funding.”

Greater Newark Conservancy provides a range of programming at the Center throughout the year, and is a participant in the Newark Youth Leadership Program (NYLP), providing Newark high school and college youth with job training experience, leadership development, exposure to different career options in environmental and horticultural fields and opportunities for pursuing a college education. At the kickoff event, students in the NYLP program provided tours of the Center and staffed a farm stand with Newark Fresh produce for sale grown on urban farms the Conservancy manages in the City.

Additionally, for the first time ever, a provision for stewardship is included that will require some funds to go toward helping take better care of the parks and natural areas New Jersey already has. It will fund repairs, restoration and improvements to parks, natural areas and lakes, rivers and streams across New Jersey, which the ballot question's supporters say will make it easier for the public to visit and enjoy them.

“I was proud to sponsor this measure and urge my fellow citizens to vote yes for Public Question 2 on November 4,” concluded Assemblyman McKeon. “This funding is a necessary investment in our quality of life as well as our economy, as studies show that every $1 invested in state preservation programs returns $10 in economic value.”