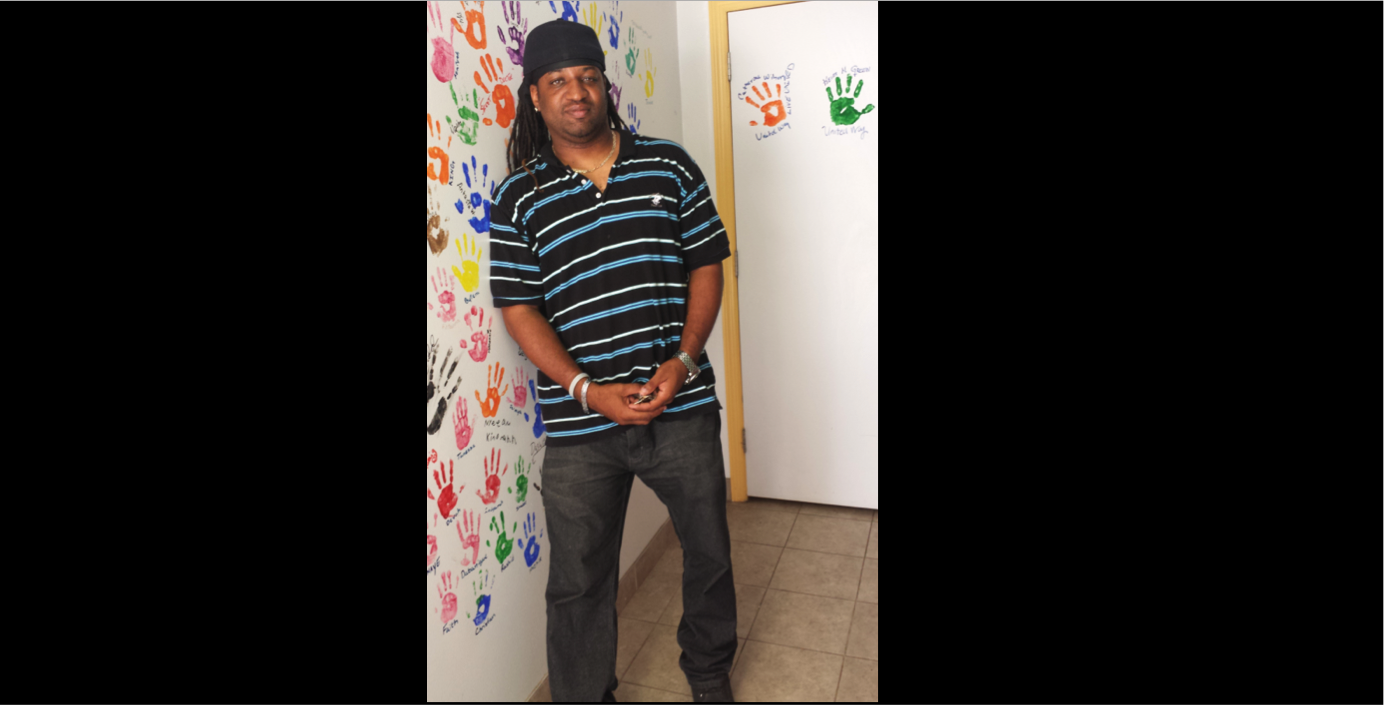 Al-Tariq Best is the founder of FP YouthOutCry, a non-profit organization that has been serving Newark's youth and families for more than eight years.

But working intently towards a better future for Newark wasn’t always in this lifelong Newarker's plans. “I was involved with the music business since I was nine years old,” said Best. “I even have an album, mixed and mastered.”

Only Best never released that album. Since 2006, his time has been occupied by his community work. And it all started with a question from his then-14-year-old son.

“I was driving down Bergen Street, me and my sons. I stopped at a light, when three guys started beating on this one guy,” recalled Best. “Then one guy pulls out a gun, and at that point I was just trying to get my sons out of harm’s way, pass the light, and get out of the way.”

Best said he saw a police officer at the next intersection and told him what was happening. The officer made a U-turn in the direction of the scene.

“Once I heard a loud bang, something inside me just exploded,” Best continued.

In the aftermath of that incident, Best said he warned his sons against ending up on the streets of the very city he had defended on multiple occasions.

“I was embarrassed, really. As an adult, as a parent, I was just embarrassed that they actually saw that,” said Best. It was then that Best’s oldest son asked him a question that would change the direction of the former Georgia King Village resident's life.

“He told me, ‘Dad you always talk about being part of the solution and not part of the problem. What are you doing about it?’ And I was stuck,” said Best.

That moment prompted Best to pivot away from music and toward the Newark-based mentoring and education he’s made his life’s work for the past eight years. When he first started, Best said he took everything he knew from the music business and applied it to starting a non-profit organization, despite “not entirely knowing” how to build one.

He initially wanted to focus his brand new initiative on helping youth, hence the "FP" in its eventual name, which stands for “Future Potential”.

He dived in headfirst, quickly launching FP’s inaugural project. “My first program was MTOL,” said Best. "My Thoughts Out Loud" is a traveling program that provides a forum for youth to express their concerns and challenges. The program's first stop was the Seth Boyden public housing projects, which Best said were referred to as “Death Boyden” at the time because of a string of recent homicides that had taken place there.

But Best soon realized he couldn’t maximize his impact on youth without including families as well. “They can’t teach what they don’t know,” said Best. “We try to instill more involvement in the families and adults, and close the gaps between them and their kids.” Best created adult-focused programs, like FIST (Families Involved in Structured Transitions), in order to help adults deal with financial literacy, health and wellness, self-sufficiency, and career readiness.

As the goals of his organization expanded, Best said his physical presence had to, as well.

It wasn’t easy. For about two years, Best worked out of a 600-square-foot corner property in a Prince Street apartment complex formerly known as the Willi T. Wright Apartments. One of the apartment complex’s board members had admired what Best was doing in the community, and offered the space as a show of help.

But the fate of Best’s rent-free arrangement was jeopardized when new ownership, Treetop Development, bought the property. “They wanted to know why I was here in this office for free,” said Best. “So they held a meeting with the community, and the community stood up for me.”

As FP YouthOutCry grew, Best wanted his vision to include a physical community empowerment center. When he was approved to acquire more space on the Treetop Development property a year ago, the plan was set to create the H.U.B.B. (Help Us Become Better) center, which will be located on the lower level of 135 Prince Street once the renovation is complete.

The H.U.B.B. complex will feature an educational wing, an entertainment multimedia center, an empowerment center, which is still under construction, a copy center, a conference room, and other amenities. Although H.U.B.B.’s grand opening isn’t until October, Best said he grants tours of the new headquarters occasionally.

Best said FP YouthOutCry has received offers to open similar spaces on other properties in Newark, and even in different states, but that he wants to first set up the right organizational structure so his center can be a real template for community development.

“I definitely passed my initial expectations from the start, because it literally was just, ‘Let me help a little,’” sad Best. “I never knew that this would take my life on a whole new journey, and that I would find that my purpose in life is just serving people.”

Best said although he’s benefited from significant support from Partnership for Children of Essex and the Newark Housing Authority, funding still remains his greatest obstacle, even after operating for eight years and earning numerous awards.

Despite having to operate on a conservative budget, Best said FP YouthOutCry is committed to consistently serving the community through its programming, which includes summer camps in all five wards, the annual Break Bread ceremony at Thanksgiving, and the fourth annual Citywide Healthy Olympics, which will take place at Nat Turner Park this Sunday.

“My whole thing with FP is to entertain, educate, and empower,” said Best, adding: “[I]f you teach them well enough, then they became empowered to do more for themselves and others, and that’s our goal.”