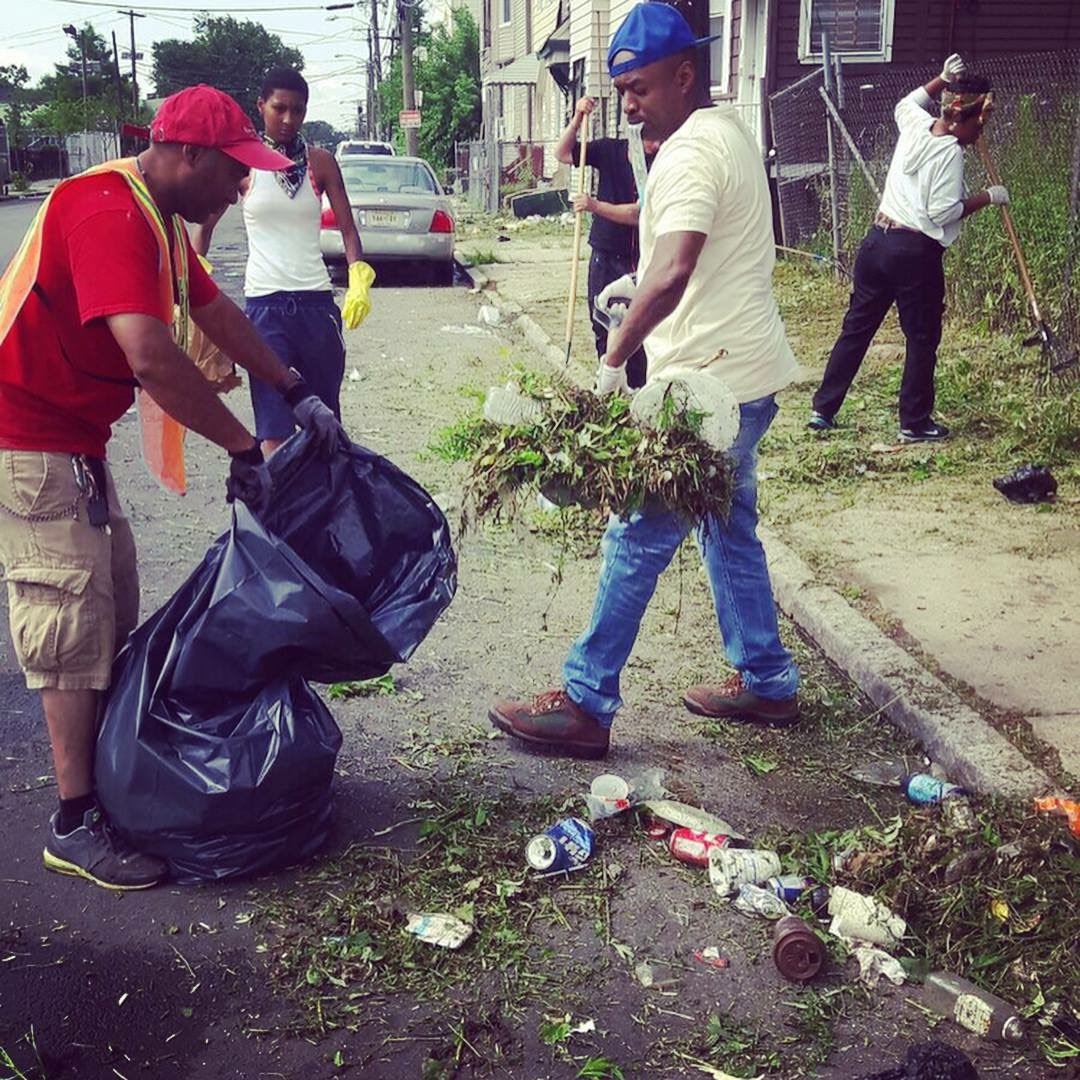 As one-third of veteran hip-hop group Lords Of The Underground, Kelly enjoyed a solid career in music, peaking in the early- to mid-1990s with chart topping singles “Chief Rocka” and “Funky Child.”

Under his DoItAll persona, Kelly has always been an energetic and charismatic lyricist, apt at putting memorable phrases together and engaging with crowds. While these talents have taken him around the world as a successful recording artist, the skills Kelly forged in the booth and on stage have also proven instrumental in his work outside of the music business.

A Newark native, and fierce advocate for Brick City, Kelly has made his hometown the epicenter for several endeavors that focus on community, creativity, and, as demonstrated by his recent run for Councilman-at-Large, public service.

“The catalyst for me running for office was seeing certain needs in our community, and looking at where I can assist, and add on,” Kelly told me. “[To see] how I can use my relationships and resources to not only better my city, but better the community”

Kelly has been working to better his community for years, long before his formal political ambitions took shape. In 2012, he co-founded the nonprofit 211 Community Impact, which seeks to increase Newark residents’ knowledge of community issues through educational programs, access to public policy resources and dialogue. While it has partnered with many area organizations on programs and events that tackle issues such as childhood literacy, health and wellness, and reducing violence, Kelly has always viewed increasing civic engagement as a vital part of his philanthropic mission, particularly as Newark goes through a period of revitalization that is leaving many residents feeling slighted.

“It’s not being represented enough,” Kelly says of government pledges to include long-time residents in the city’s resurgence. He worries that crucial information doesn’t always trickle out to the general population.

“Programs could be better promoted to the people,” he noted, but he also points out the need for concerned Newarkers to take initiative. “If you were a part of Newark through its ups and its downs, then you should want to be a part of its renaissance,” he said. “We have to hold ourselves accountable as residents. We have to seek and search. You have to get involved. You have to become literate as to what’s going on.”

The importance of this civic education helped fuel Kelly’s decision to run, and he sought to embody that philosophy while on the campaign trail. He was a constant fixture at citywide meetings, he spoke at multiple community events, and he delivered his messages through traditional shoe-leather politics, walking all corners of the city and engaging residents, all while taking full advantage of social media to increase his reach and help document his efforts. 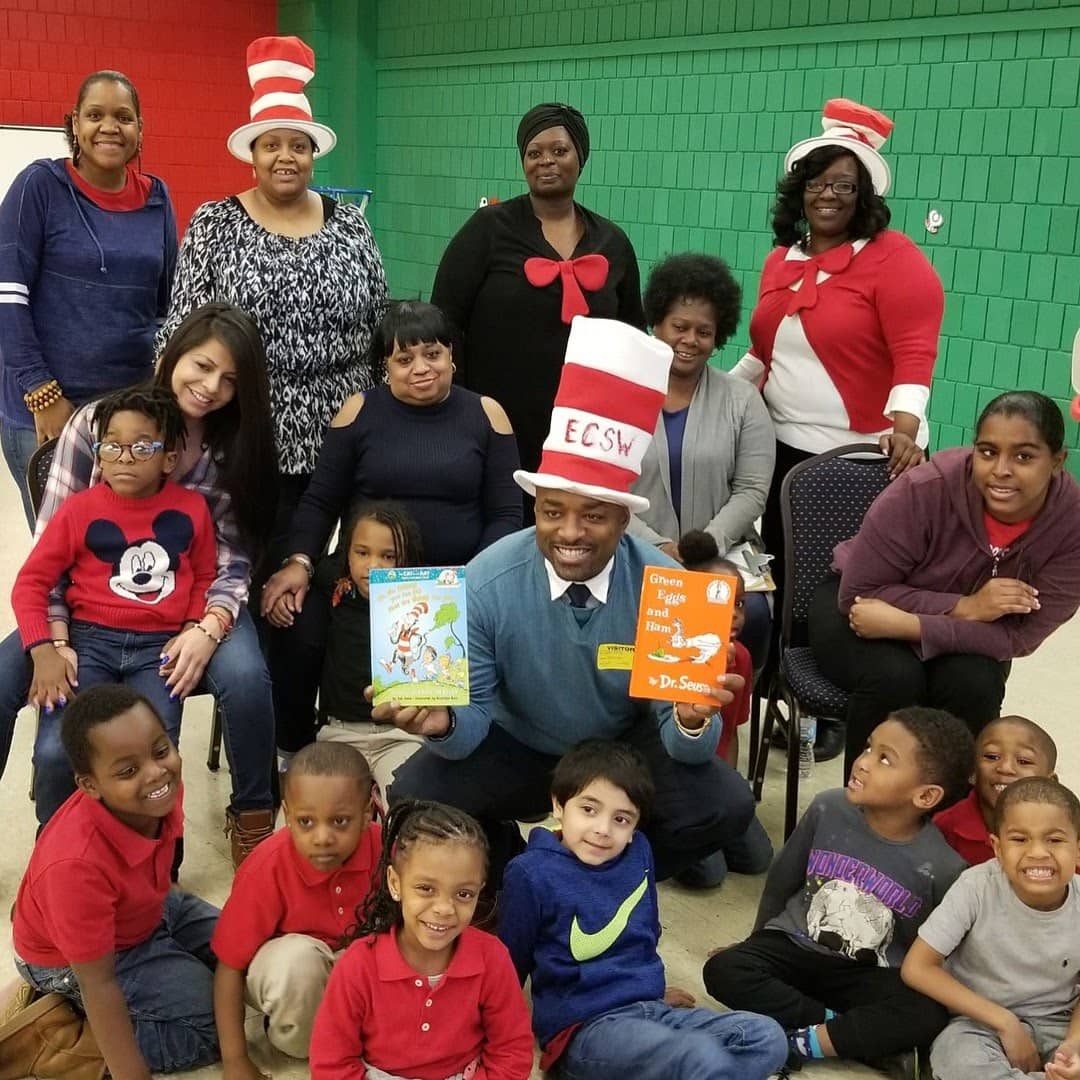 DoItAll in a hat. Photo by Monico Cruz

“The best part of campaigning was getting to see my city in its entirety, its totality, like I’ve never seen it before,” Kelly recalled, explaining that in a city as big as Newark, oftentimes residents are overly partial to their own neighborhoods, or wards. “You’re just living in your boundaries and you say, ‘I am Newark’,” he continued. “But that statement really means something when you knock on doors and meet people and hear what the problem is in District 1 in the Central Ward or District 32 in the West.” While he always considered himself an integral part of the city, Kelly’s campaigning helped him see Newark “in a new light,” more knowledgeable and connected to his community than ever.

Kelly believes it is this personal touch that elected officials often neglect in the midst of conducting citywide governing, particularly in the midst of the kind of significant change Newark is undergoing, with an influx of new people and new businesses. “The makeup of your neighborhood definitely affects the dynamics and changes circumstances within those communities,” he explained. “So a holistic approach now and again — walking those blocks just like you did when you campaigned, getting to meet the people — means a lot to the people. It doesn’t happen enough in our city.”

Falling out of touch with constituents isn’t the only area where Kelly was discouraged by the landscape of establishment politics. “All gloves are off on election day,” he said, as he recalled hearing of rumors circulating that he had dropped from the race, and people being told that voting for Ras Baraka meant you couldn’t vote for Kelly (Kelly wasn’t a part of the incumbent mayor’s “Team Baraka” coalition, but Baraka voters were not obligated to vote for the other candidates he had officially endorsed). While Kelly doesn’t outright blame his competitors for planting this sort of misinformation, and it may not have tipped the scale enough to have made a major difference (though all four Baraka-backed candidates did win the available seats), to Kelly, it was all part of the negative atmosphere that often envelops the political process in general.

“I just believe that the way you campaign is the way you’re going to govern,” he said. “Throughout my whole campaign I chose to be positive, but that didn’t mean that negative things weren’t happening to me. The ugliest thing for me is when you have elected officials who are fighting for their life and they do everything to not lose the power, to not lose the fame.” 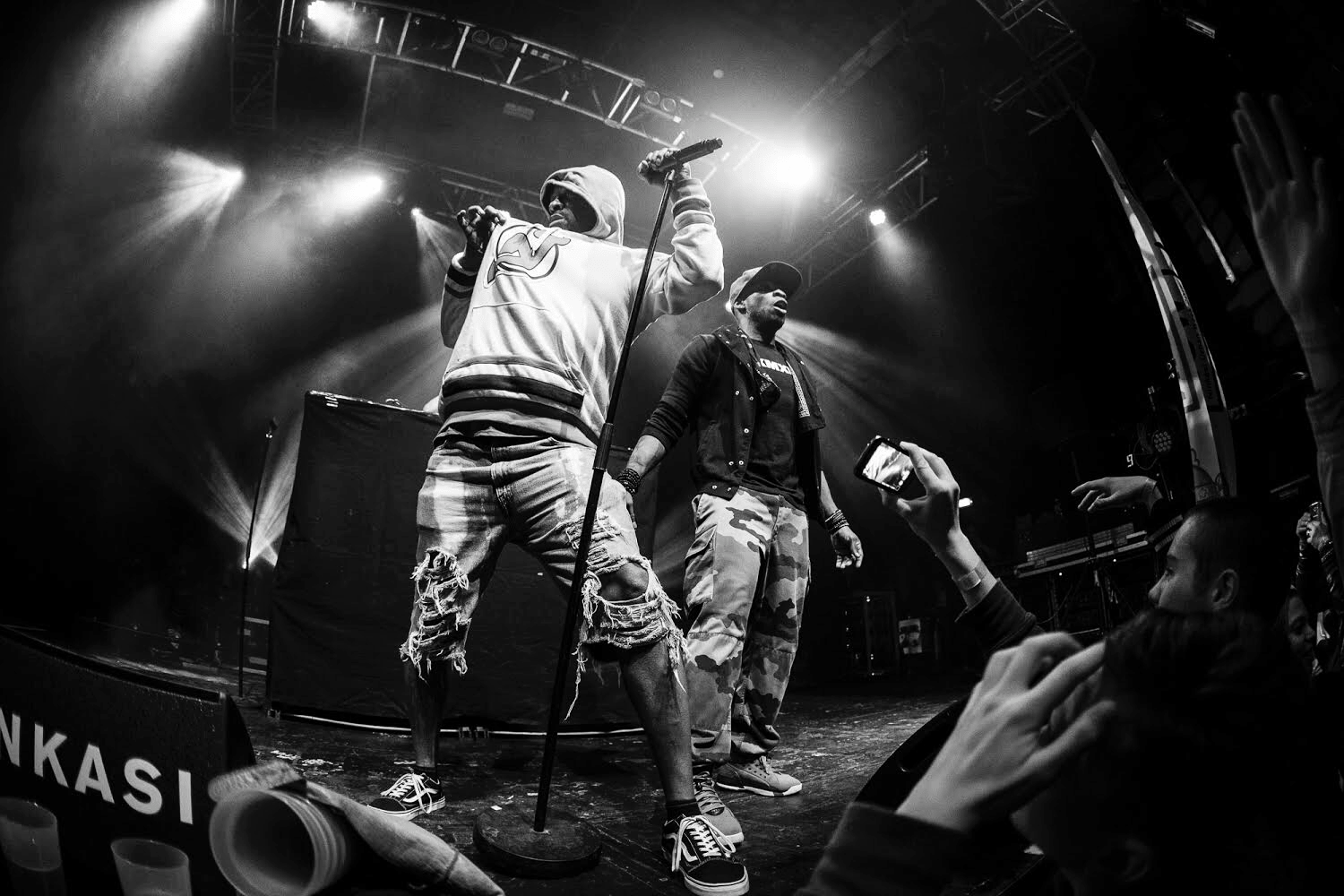 Kelly asserts that his own personal success as a recording artist helps keep him above ego-driven politics. “I’ve had fame for over 20 years with Lords Of The Underground,” he said. “I’ve been all over the world, on television, in film, on radio. I’ve made millions of dollars from being in a hip-hop group. I didn’t run for office for any of those things. I’ve had those things before.”

Of course, the idea of a rap artist as a serious political candidate may have been an issue in of itself for some. The genre often suffers from negative public perception, and despite Kelly’s significant community-minded efforts using music and the arts for good, and his work outside of music altogether, his prior career and unapologetic embrace of hip-hop culture may have been viewed by some as a liability.

As such, Kelly contends, those who subscribe to hip-hop culture are uniquely positioned to use that influence to improve society. “Hip-hop is a way to change lives,” he said. “We need a voice. And we don’t need [anyone] to translate our voice for us. We need somebody that’s directly from the culture at the table. This is one of the reasons I ran for office in my hometown.”

In the end, Kelly ended up garnering 3,430 votes, 4.47% of the total–in contrast, the fourth available seat was won by Eddie Osborne, with 11,679 votes. But despite the loss, Kelly’s desire to participate in shaping Newark’s future remains unwavered. He continues to attend government events open to the public, and encourages his fellow citizens to do the same.

As for his political future, Kelly doesn’t rule out another run, but maintains his view that holding office is only one method of harnessing the power of the people to create positive change.

“The things that I said that I would do, I want to still do,” he assured those who supported him. “Because I want to show that you don’t need to have a elected official title to continue to love your city and to continue to be proactive and do things in your city.”

Kelly pledged to keep advocating for all of the people of Newark, though 211 Community Impact and partnerships with other nonprofits, activists and “great people who are moving the city forward.”

“We’re here,” he affirmed. “We’re going to continue to ‘DoItAll’ for Newark.”

The Newark Public Library will host a fair for people affected by homelessn...