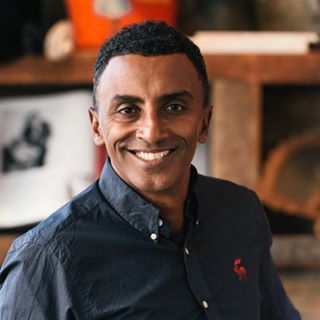 Marcus Samuelsson, the Ethiopia-born, Sweden-raised award-winning celebrity chef and restauranteur, will open his much-anticipated location in Newark later in November.

Marcus B&P will open in the Hahne’s building, newly renovated by L+M Development Partners, in a 3,000-square-foot space at the corner of Halsey and New Streets. The restaurant will join Whole Foods, Barnes & Noble, Kite + Key, Petco, City MD and Rutgers University’s Express Newark in the historic, block-spanning building.

“For me Newark is an iconic American city, whether it’s known as a port town or an iconic place for American culture,” Samuelsson told me during a phone interview. “We do better in cities and communities that are rich on culture. Harlem is an example. Shoreditch [in London] is an example,” Samuelsson said, citing the two locations of his hit Red Rooster restaurants.

Samuelsson’s grandmother began teaching him how to cook when he was a child. In 1993 he started apprenticing in top French restaurants. In 1995, at age 23, he became the youngest chef ever at the time to receive a 3-star rating from the New York Times, which praised his food at midtown restaurant Aquavit as “delicate and beautiful.”

Marcus B&P is about three years in the making counting from when the idea for the farm-to-table restaurant first started percolating, Samuelsson said. In the intervening time, he and his team took time to understand Newark’s history, culture and food legacy, and also to make sense of the current food landscape in town.

From that study, Samuelsson developed his Newark concept. 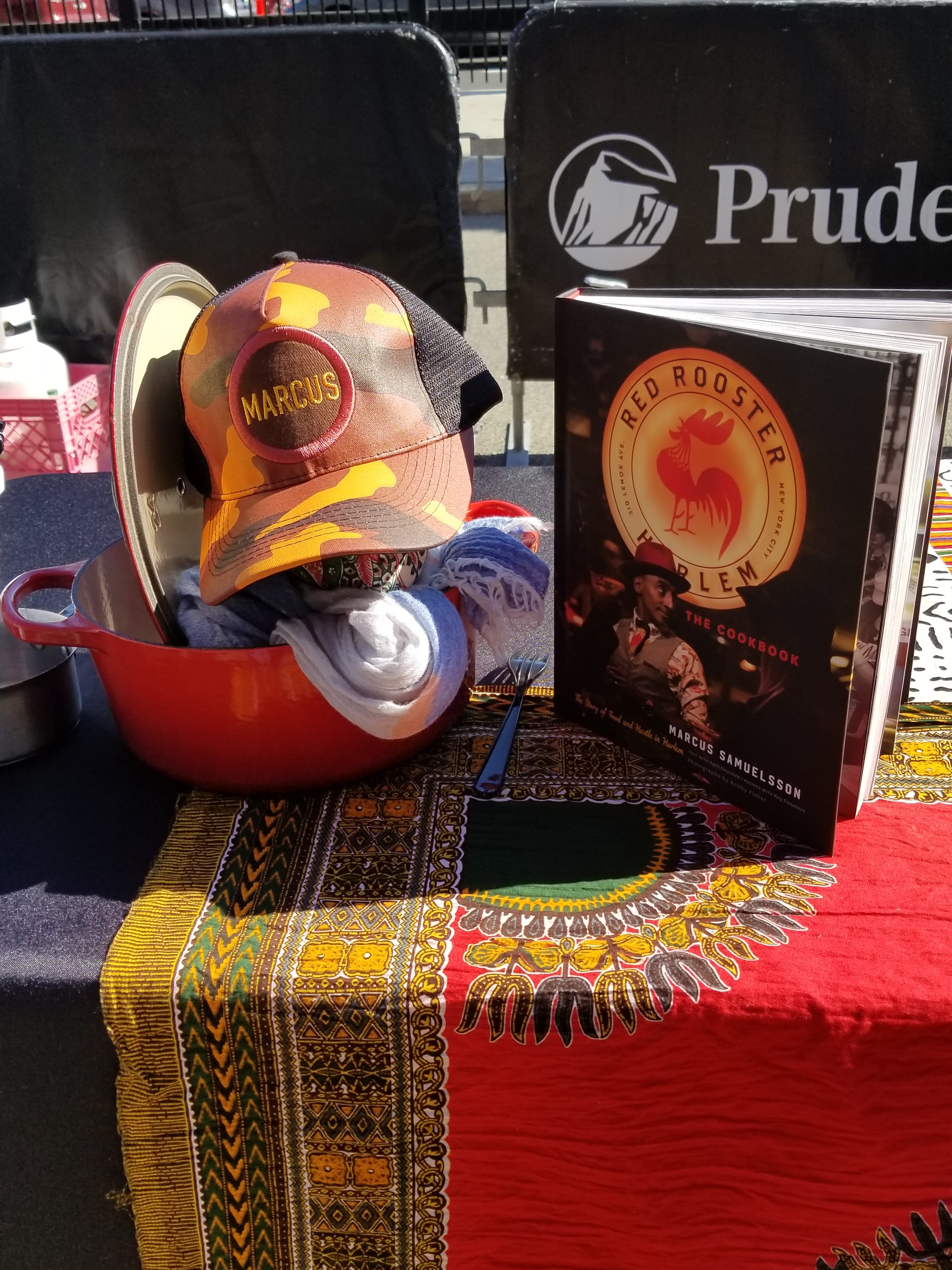 “We felt like it could be a really fun bar with a great cocktail program that fits a dinner and a night scene and after work crowd,” Samuelsson said. The ‘B’ in “B&P” stands for “bar.” And the ‘P’:  for “provision,” and also for “parlor.”

Provision, Samuelsson said, underscores an emphasis on provisioning goods and services from local entrepreneurs, artists and companies from Newark and New Jersey to provide food, décor and vibe for the restaurant. Visitors can look forward to a Newark and New Jersey-infused playlist piping in from the speakers. Interior elements in the 65-seat restaurant, including tables and tiles, will be made from reclaimed materials.

“We can be local with food because New Jersey is a great place for farmers,” Samuelsson said. “Moreso than [in] Harlem.”

As for the “parlor,” it’s a reference to a literal parlor Samuelsson and team will stand up in a Halsey Street brownstone across the street from Marcus B&P that will be rentable as a private party space. (Red Rooster-Harlem, which opened in 2010, features a companion speakeasy, Ginny’s Supper Club, downstairs.)

The menu will also bear local references, Samuelsson said. There will be a Taylor ham pizza; tempura dishes, a nod to the city’s Portuguese heritage; and a dish called “P&G,” or polenta and grits—a mashup between Italian and African-American cuisines. Chef Leo Marino, who hails from New Jersey, will oversee a homemade pastas and oven-baked pizza program, which will be a new feature for Samuelsson’s restaurants.

Marcus B&P will launch with its dinner menu in November, and will introduce breakfast in the new year. 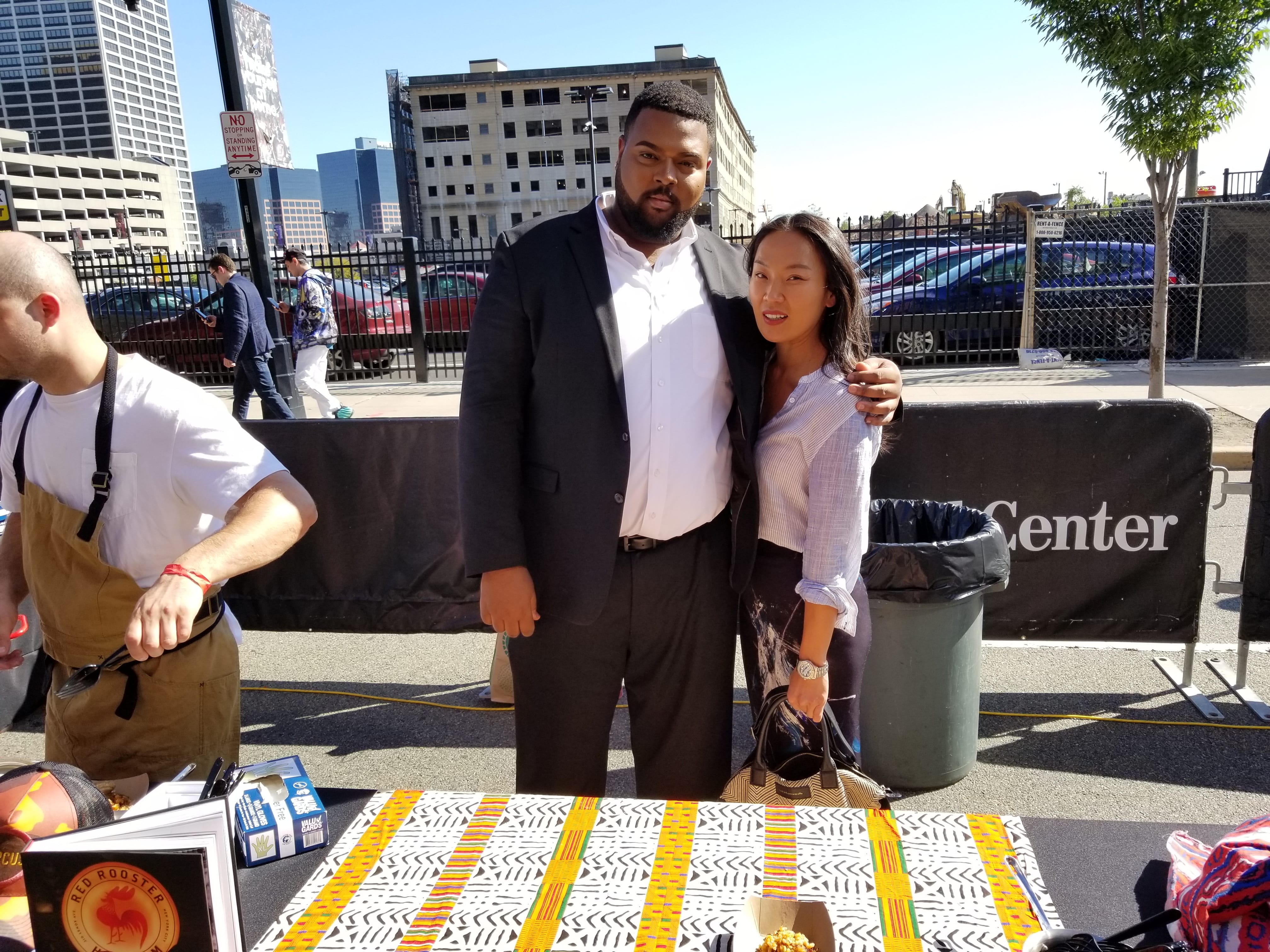 Samuelsson and team are also contemplating programming, including free cooking classes for kids in the Hahne’s building atrium. “We look inward and we look local,” said Samuelsson. “There’s a lot of different things we can do once we’re up and running.”

Marcus B&P is in the thick of hiring local talent to work at the restaurant. The restaurant’s website says they’re filling positions for hostesses, servers, bussers, bartenders, bar backs and kitchen staff. Chris Keys, formerly a manager at Nico, will manage Marcus B&P.

“I think that [Newark is] rich culturally and diverse in its food, and we just decided to add to that landscape,” Samuelsson said. “Without the mom-and-pops and people [here] way before us, we wouldn’t be here.”

He continued: “We’re really excited; we can’t wait to open.”

Newark Museum’s Annual Holiday Market will feature gifts from around the ...

City: Discolored water possible due to water main break, but is safe
Scroll to top