The historic Hahne and Co. building, the massive former downtown department store that sat fallow and blighted for nearly three decades, enjoyed its official unveiling yesterday in a ceremony attended by a couple hundred guests in the restored building’s main arcade.

The 115-year-old, four-story edifice takes up a significant portion of a large city block across the street from Military Park. Due in part to the sheer size of the 400,000-square-foot building, and in part to the variety of uses planned for the space that have the potential to bring a cross-section of locals inside, the refurbishment of Hahne and Co. represents an opportunity to bring what was once a significant source of blight back to life. In addition to adding more continuity to the development plane along Broad Street, it might also bring more dynamism and vitality to the neighborhood. 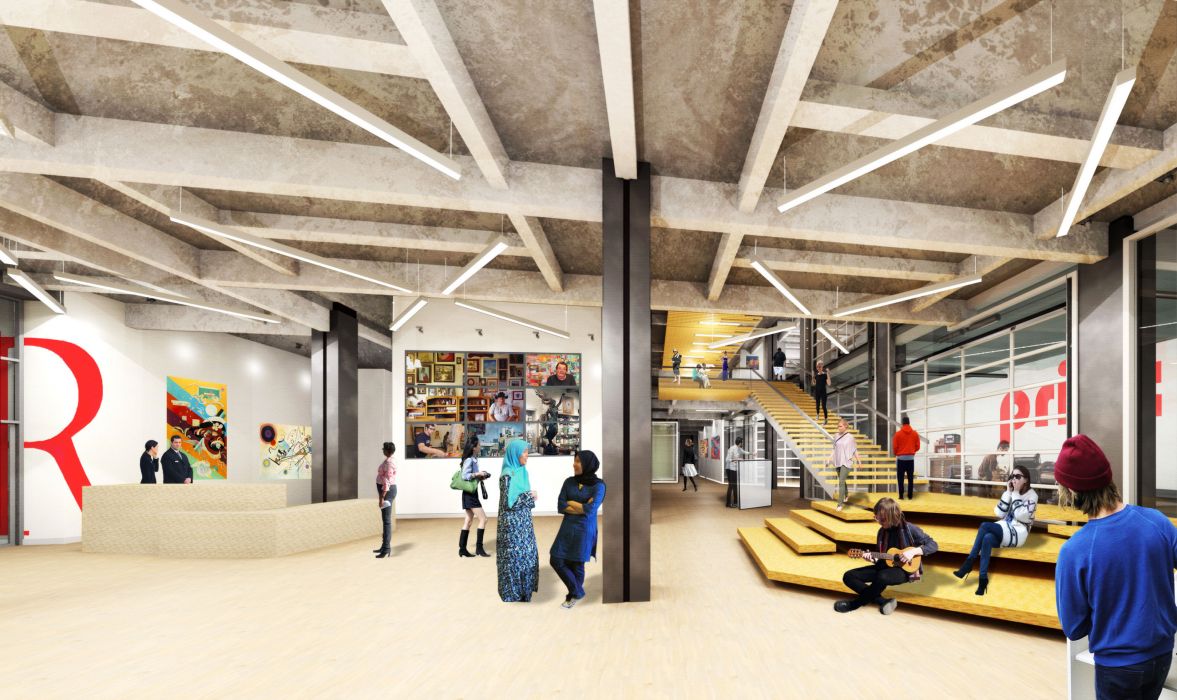 A rendering of Express Newark, a Rutgers-affiliated educational and community facility that will feature learning spaces and galleries. Rendering courtesy KSS Architects

Hahne and Co. will feature street-level retail space on Broad Street, including a Whole Foods Market near New Street and a soon-to come Barnes and Noble, which will serve, in part, as Rutgers-Newark’s campus bookstore. City National Bank plans to move its headquarters into the building.

Celebrity chef and restauranteur Marcus Samuelsson, the proprietor of the popular Red Rooster restaurant in Harlem, plans to launch a 2,250-square-foot restaurant in Hahne and Co. as well. (Samuelsson attended the kickoff and also made brief remarks.)

Hahne and Co. will bring college students, artists and community members into the space via Express Newark, a community art space and incubator that will contain a 3D printing studio, portrait studio, video production facilities and galleries, among other amenities. 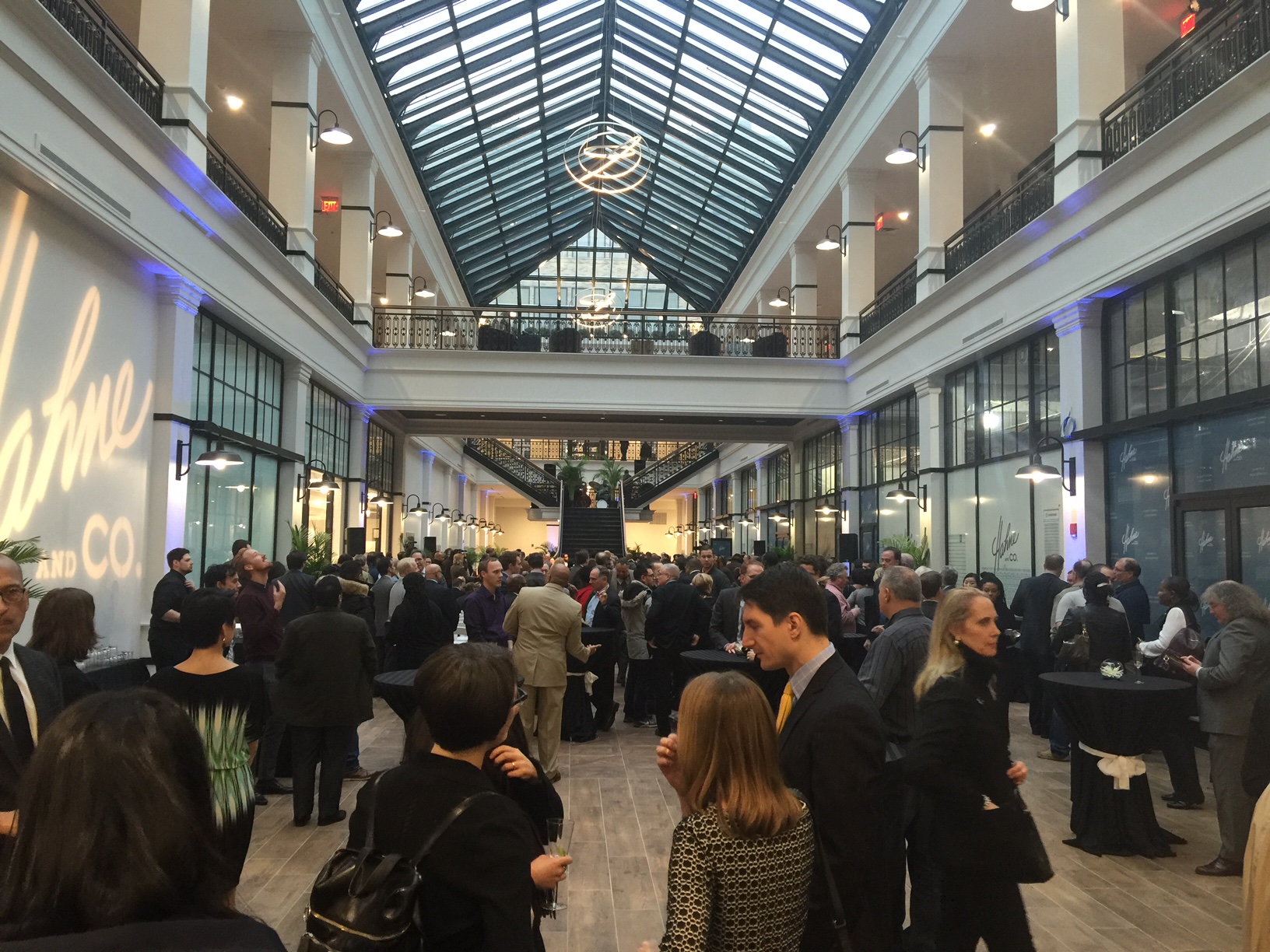 The opening of the Hahne and Co. building, January 23, 2017. Photo by Andaiye Taylor

And the building’s residential tenants will be human anchors for the development, including the 64 out of 160 total units–that’s 40 percent–that will be inhabited by families that qualified for affordable housing, defined as those who earn between 40 and 60 percent of the area’s median income. (According to apartments.com, a market-rate, 620-square-foot one bedroom studio rents for $1,835. The affordable studio apartments were available from $641. The deadline to apply for affordable units passed in November.)  The residential component of Hahne and Co. will include apartments on the original structure’s third and fourth floors, plus units in a newly-built structure at 50 Halsey Street that is connected to the existing building through a shared lobby and public atrium.

By bringing community, retail, educational and residential elements into the space, planners are attempting to engineer a diverse mashup that builds “civil infrastructure,” as Rutgers University-Newark Chancellor Nancy Cantor put it, and makes it feel like a shared community property.

It might also help to increase traffic in adjacent areas, including Military Park, whose schedule of free fitness, leisure and entertainment programming resumes in the spring, and the restaurants and retailers along the north side of Halsey Street and the street’s tributaries. 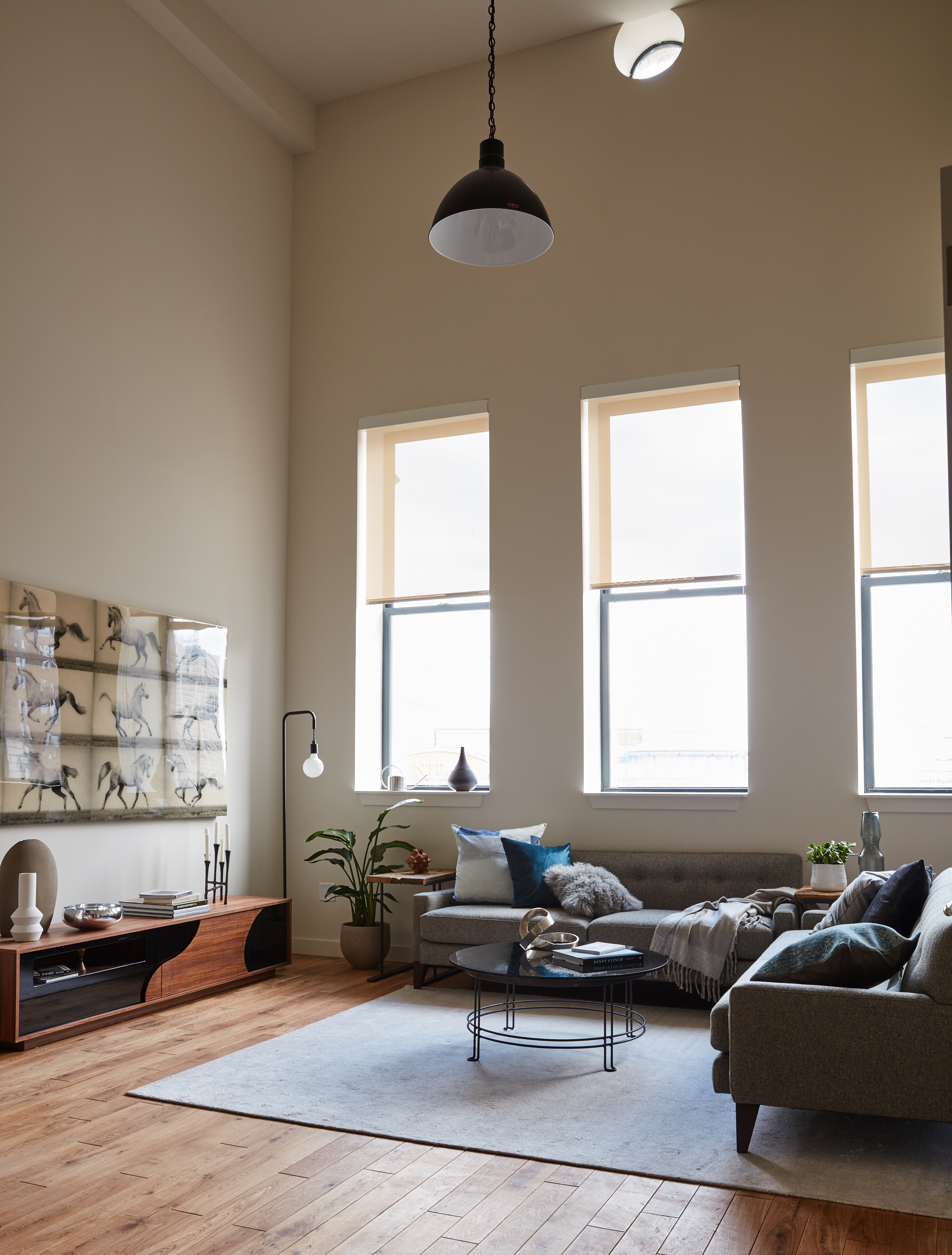 Model living room inside the Hahne and Co. residences. Photo by Dustin Summers

Rutgers-Newark Arts, Culture and Media classes have already started meeting in the building. The first residents are scheduled to begin moving in this February, and Whole Foods Market and Barnes and Noble are slated to open later this winter. Whole Foods said it will emphasize healthy eating education and community events. Large, white lettering reading “We Are Newark” is visible on a brick-faced wall inside the location, which workers are still readying for its debut.

Historic preservation specialists Beyer Blinder Belle were the lead architects for the Hahne’s redevelopment. Their plan preserved key elements of the art deco structure, including its facade, signage and a meticulously restored skylight, which graces Hahne and Co.’s new retail arcade. 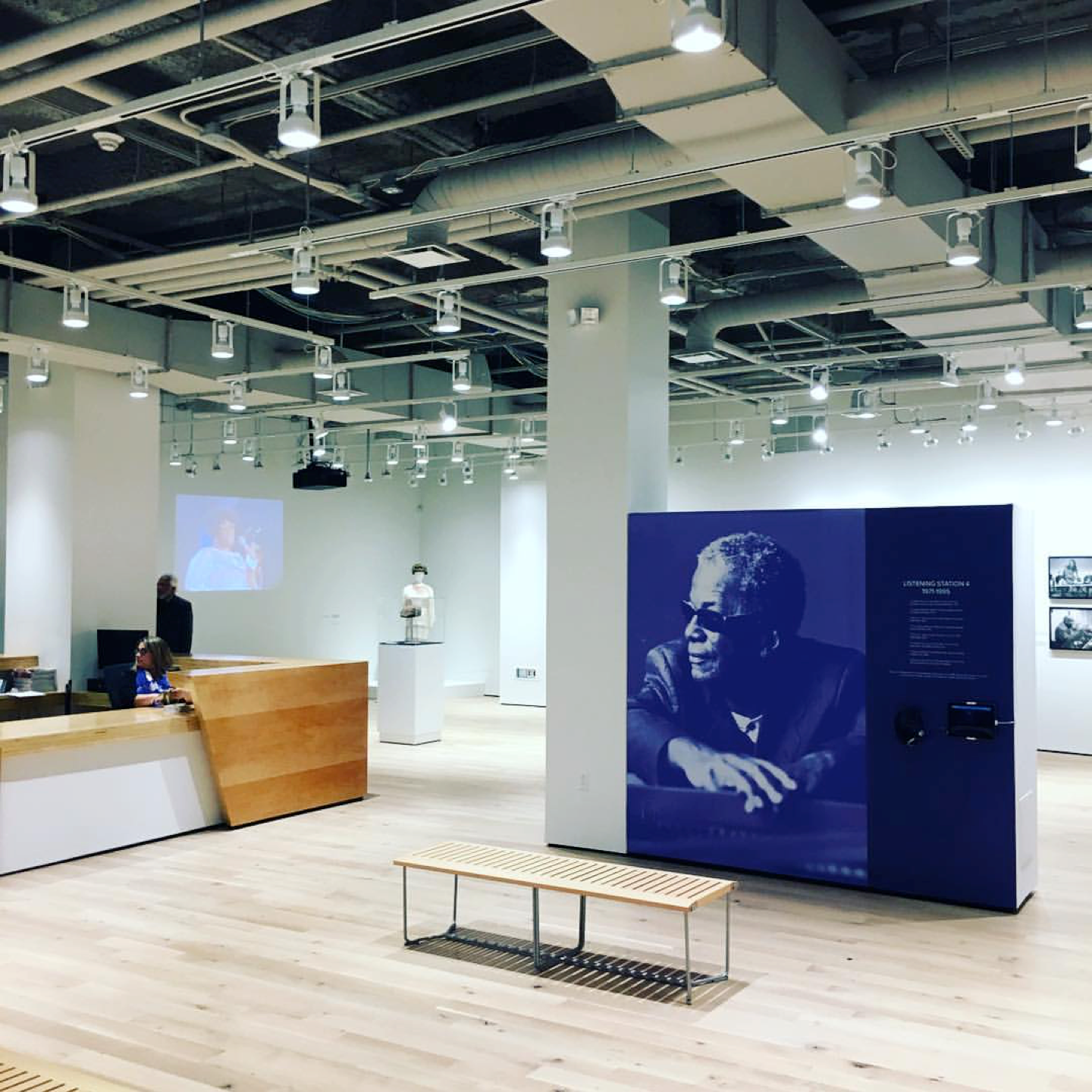