GRAMMY MUSEUM EXPERIENCE WILL OPEN IN NEWARK ON OCTOBER 20 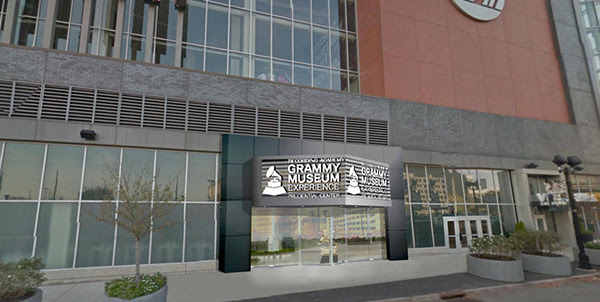 The Grammy Museum Experience now has an official opening date.

On Friday, October 20th at 11 a.m., the interactive experience devoted to exploring music history and education will open the doors to its 8,200-square-foot location at Prudential Center here in Newark. The museum is dedicated to celebrating the legacies of all forms of music and cultivating a greater awareness of music history with youth, and will feature interactive exhibits and famed historical musical artifacts, including fashion pieces worn by Michael Jackson, Beyoncé, Taylor Swift, Jennifer Lopez, Amy Winehouse, and other artists.

Given its location in New Jersey, the first Grammy Museum Experience on the East Cost, the museum will also honor the state’s musical heritage with a section that pays tribute to New Jersey entertainers like Frank Sinatra, Bruce Springsteen and Whitney Houston.

Grammy Museum Experience will include a rap interactive with Wyclef Jean.

Grammy Museum Experience will be open to the public Tuesday through Sunday from 11 a.m. to 6 p.m. (and until 8:30 p.m. on Prudential Center event nights), with tickets ranging from $7 to $10. Individual ticket and group ticket pricing and can be found at GRAMMYMuseumExp.org, and tickets can also be purchased at Ticketmaster.com.

Developed in large part for educational purposes, the museum will also provide support for supplemental music development in the area and serve as an arts and education center for schools throughout the tri-state area. It also aims to raise funds to support existing arts and culture programs.

The Grammy Museum Experience will also include the following interactive exhibits:

It's tune-in time. Newark Radio Co-op launches Saturday, November 18th online at newark.fm
Another incentive to shop locally: How about a tax break or rebate check?