Inside the launch of Newark’s newest attraction, the Grammy Museum Experience 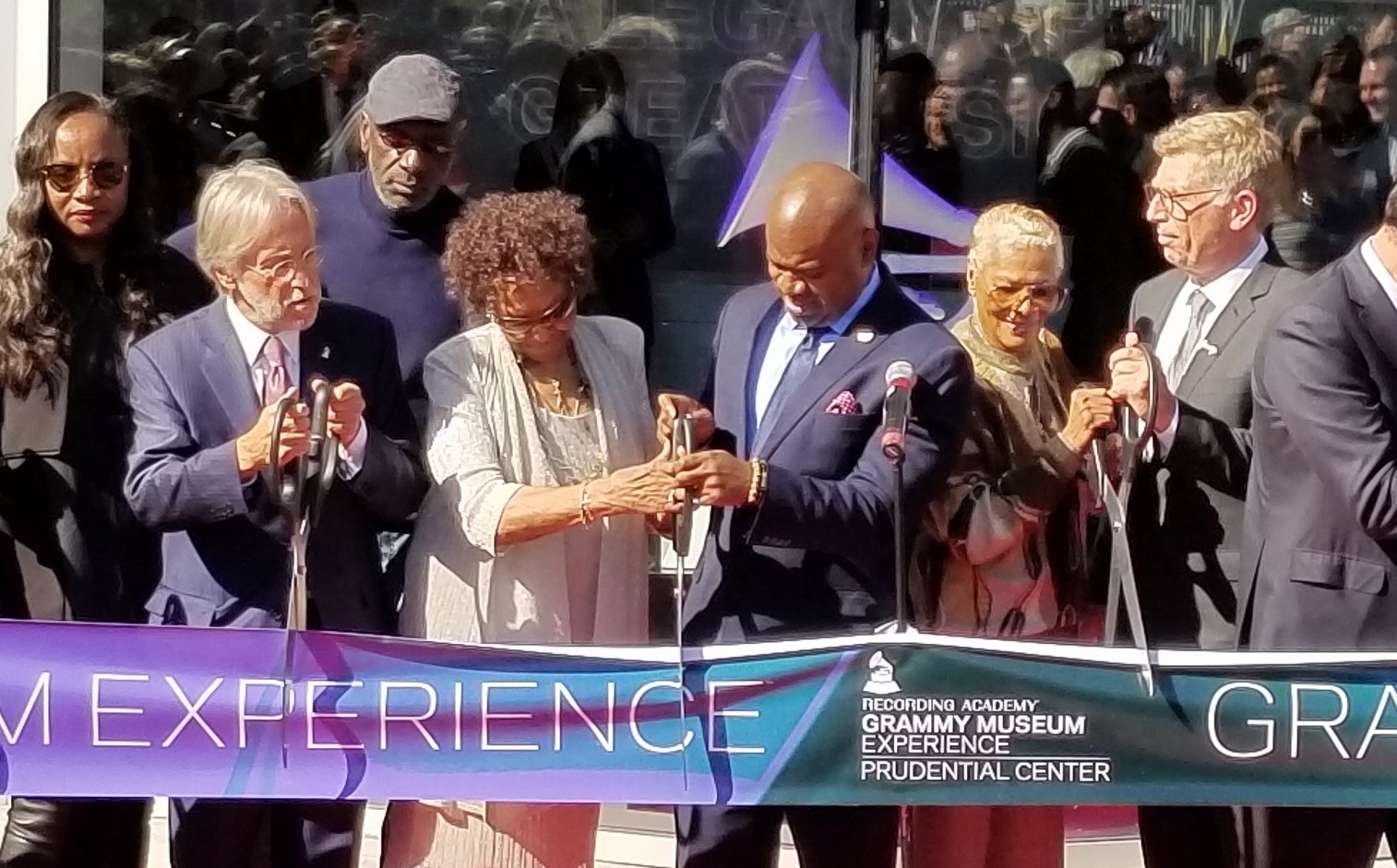 On an unseasonably warm Thursday morning, a large and festive crowd gathered for the grand opening of Grammy Museum Experience at Prudential Center.

CBS host Kristine Johnson took the stage to welcome the crowd and introduce local legend Cissy Houston, who was backed by the New Hope Baptist Church Choir for an inspiring opening. Her performance was followed by a string of remarks by notable figures who helped make the museum happen.

Mayor Ras Baraka welcomed the crowd and acknowledged Newark’s deep musical legacy, including native Cissy Houston and her cousin, Dionne Warwick (who hails from East Orange), who was also in attendance.  Baraka proudly declared: “Music and art will be a big part of bringing our city back to life.”

President & CEO of the Recording Academy Neil Portnow took the stage and acknowledged the 25th anniversary of Newark native Whitney Houston’s breakthrough film debut The Bodyguard and its Grammy Award-winning soundtrack. He welcomed the crowd and New Jersey into “the Grammy family” by way of the Grammy Museum’s debut in Newark–the first location of such a facility on the East Cost.

Founding Executive Director of The Grammy Museum Bob Santelli gave a special acknowledgement to Prudential Center’s Dan Cherry for presenting the idea of bringing the Grammy Museum to Newark in the first place. Santelli honored Cherry for “traveling to Los Angeles to lay out a plan we couldn’t deny.” He closed out the ceremony with a declaration that the Recording Academy “believes in Newark.”

After the official ribbon cutting the doors to the museum itself were opened, and the crowd was entertained with performances by Naughty By Nature and a performance by Broadway’s School of Rock star Brandon “Taz” Niederauer, who also performed during a press event announcing the Grammy Museum earlier this year. Attendees were treated to a selection of food provided by Mercato Tomato Pie, Novelty Burger, Prudential Center and the soon-to-open Marcus Samuelsson restaurant Marcus B&P Newark.

Back inside the mint-condition museum, past the all-white lobby area, visitors found exhibits commemorating the evolution of the iconic Grammy Awards since its creation in 1958. Additional exhibits include interactive experiences such as a drum lesson with Max Weinberg, Bruce Springsteen & the E Street Band’s legendary drummer, as he teaches visitors how to play the smash hit “Born in the USA.” Visitors can also try their hand at rapping along with Wyclef Jean on his Grammy-nominated single “Gone Til November,” or go back even further by singing along with Ray Charles & The Raeletttes.

The Grammy Museum Experience is true to its name, in that it not only gives visitors exciting exhibits to look at, but also transports them to both the stage and the studio, and offers experiences for every age group and musical taste.

There are already plans to use the facility for music education outings for students, and it can also be booked for events. Hours of operation are Tuesday through Sunday from 11 a.m. to 6 p.m. (or 8:30 p.m. when there is an event at Prudential Center). Tickets range from $7 to $10 and can be purchased online.

How to get involved in the transition of local control for Newark Public Sc...