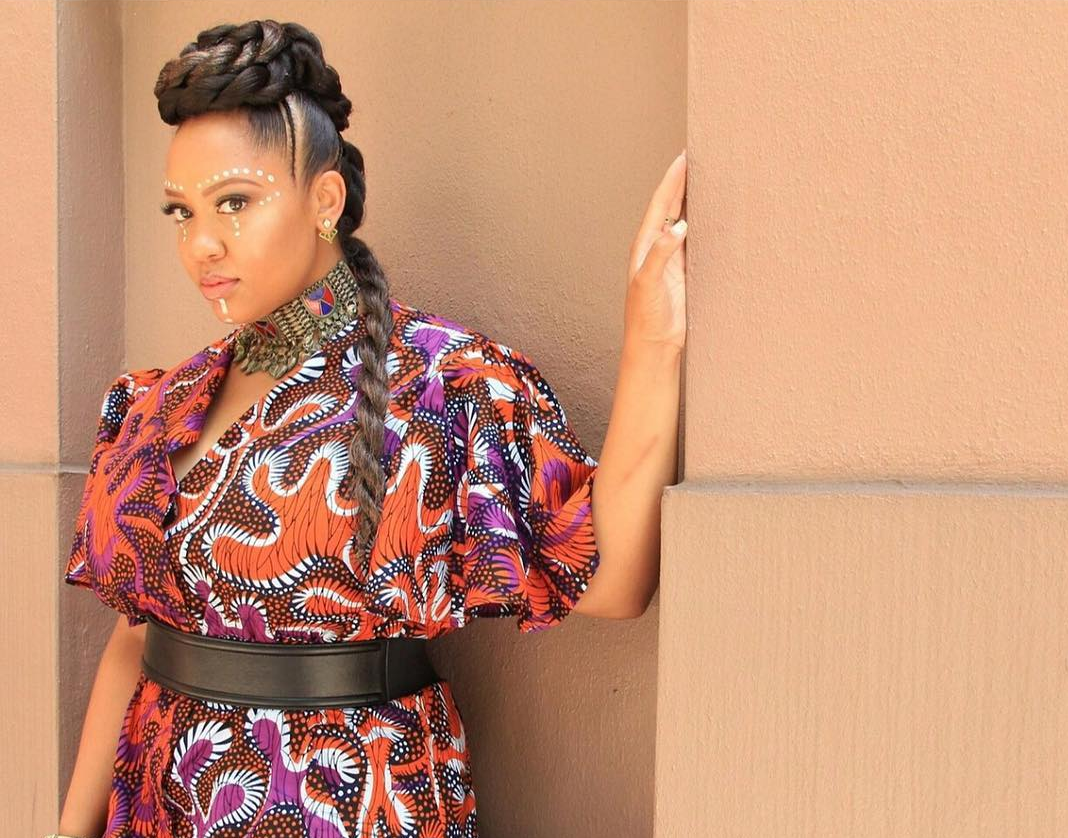 Lauren Craig had already been a correspondent for Newark Happening (the website for the Greater Newark Convention and Visitor’s Bureau, or GNCVB) as the city’s “Glambassador” for four years when a great new opportunity came knocking.

100 Things to Do Before You Die, the series of curated bucket lists in book form published by Reedy Press that made its debut in 2013, was interested in producing a Newark edition.

“They were looking for a writer [here in Newark],” Lauren told me. “And I felt really comfortable with it because I’ve been doing this” already with GNCVB.

The Morristown native’s Newark story began 15 years ago. A graduate of Spelman College, she came to town in 2002 to attend Rutgers Law School. During that time, Lauren said, she decided to immerse herself in the city. “I really did develop an affinity for Newark then,” she said.

Lauren, who is a Newark resident, became more firmly embedded in the city’s art scene when she opened a gallery in Lincoln Park in 2010. “The arts and culture scene really drives Newark’s progression,” she said. “It’s always been super vibrant in the city.”

It was primarily through that experience that Lauren became more plugged in locally and met a lot of arts and culture figures in town. It was also part of what drove her to want to share her take on great people to meet, and experiences to be had, in Newark.

Her law school and postgraduate days were also a time when Lauren cultivated her distinct style and sense of fashion, which is now one of the most notable aspects of her brand. I was surprised when Lauren described herself as a “late bloomer” in this regard.

“If you saw me in college, you’d be like ‘girl,’” Lauren said, with a tone of mock disdain. She’d dabbled in fashion as early as undergrad, when she had an internship with W Magazine, but her rebellion against the more conservative style expectations for attorneys is what sharpened her fashion sense, and helped her develop a style all her own.

By the time she emerged from law school, “I would always be looking put together,” Lauren said. “It became, really, a love.” Her personal style has  gone through a few phases, including a never-pants-always-dresses phase, and a period when she would rarely be seen without a distinctive headpiece, like a fascinator or hat.

“There’s been a lot of incarnations…but the main part of it is I’ve always liked to have fun with my appearance. I like to look different every time people see me,” she said.

With those bona fides intact, it made sense for GNCVB to approach Lauren to lend her love for what she had experienced of the city’s culture, and her indelible sense of style, to their series of website posts about events and attractions in Newark. Lauren has written about everything from the best menswear options in town, to notable Irish pubs, to the “ultimate girls’ day out.”

Four years of bylines is a large part of the reason why, once Lauren sat down to lay out the 100 Things Newark book, she was able to complete the exercise in six months flat. “I felt like I had the book written already,” Lauren said. She started with insights from her work with the visitor’s bureau and freshened it up with new attractions, all in an effort to create a guide that visitors and residents alike could use to catalogue their experiences in the city and map out new ones.

Now available for pre-order on Amazon.com. The book goes on sale August 15th.

Lauren admits that not even she has personally done all 100 things in her book–though she estimated that she’s experienced 80 percent of them.  Some of the attractions are must-sees that she included on the strength of other people’s recommendations and word-of-mouth. Others are coming attractions that clearly belong on the list, like the Grammy Museum Experience that will launch at Prudential Center this coming October.

In addition to possible new editions of the book, Lauren said she will also launch a 100 Things Newark website where she’ll post more up-to-the-minute information about openings and closings, especially given the pace of new attractions coming to Newark.

As for the Glambassador brand, Lauren hopes to eventually take it to other cities. “There’s a whole world that’s waiting to be explored, [and] I would love people to follow me on my journey as I explore all the corners of America and the world,” she said.

For now, her portfolio in Newark is quite full. In addition to her Glambassador work, Lauren is also the marketing manager for Newark Arts, and is taking a lead role this year in organizing the organization’s annual Open Doors Citywide Arts Festival, which comes to Newark in October. Lauren also hosts Brown Girls Bar Crawl, for which she produces themed editions throughout the year (and which always sells out). And Lauren is one of Newark Yoga Movement’s scholarship recipients for the 200 hours’ worth of training and teaching required to become a certified yoga instructor. She is scheduled to receive that certification in August.

As for 100 Things, the book, and Lauren, have already received wide reach in the press thanks to an Associated Press story about Newark that was picked up by publications from coast to coast.

The book will also enjoy a monthlong rollout centered around its official release on August 15th, when it will be available online and around Newark at places like Artisan Collective (25 Halsey Street) and Barnes and Noble (Hahne’s building, 42 Halsey Street). On August 1st, Lauren will host a live event from 4 p.m. to 8 p.m. at Equal Space in Gateway 2 that will be reminiscent of Bravo TV’s fun and freewheeling talk show Watch What Happens Live. The event, which will be streamed live on the 100 Things Newark Facebook page (and simulcast on Brick City Live’s Facebook page), will feature a parade of guests (including this article’s author), giveaways, a live audience (registration is free but required) and other surprises. On August 15th, Lauren will host her sold out official launch party and book signing at Newark Museum, followed by a second book release party on August 17th at Project For Equal Space back in Gateway 2.

Them Cloud Kids are taking their 30 Under 30 awards statewide. How to nominate...
Scroll to top